One of the most controversial topics to broach among parents these days is technology, and kids’ use of it. There are endless debates about the subject, and many parents find themselves at the receiving end of criticism for their personal choices on the matter.

In other words, it’s parents (even from prior generations) judging the parenting style of fellow parents.

One parent summed up why it’s so detrimental to judge in her powerful Facebook post that is quickly garnering massive shares.

Genevieve V. Georget prefaces her post with: “WARNING: UNPOPULAR POST ALERT”. Because nothing irks people more than the constant debate over this very topic. Yet despite her warning, she nails down the heart of the matter quite effectively. 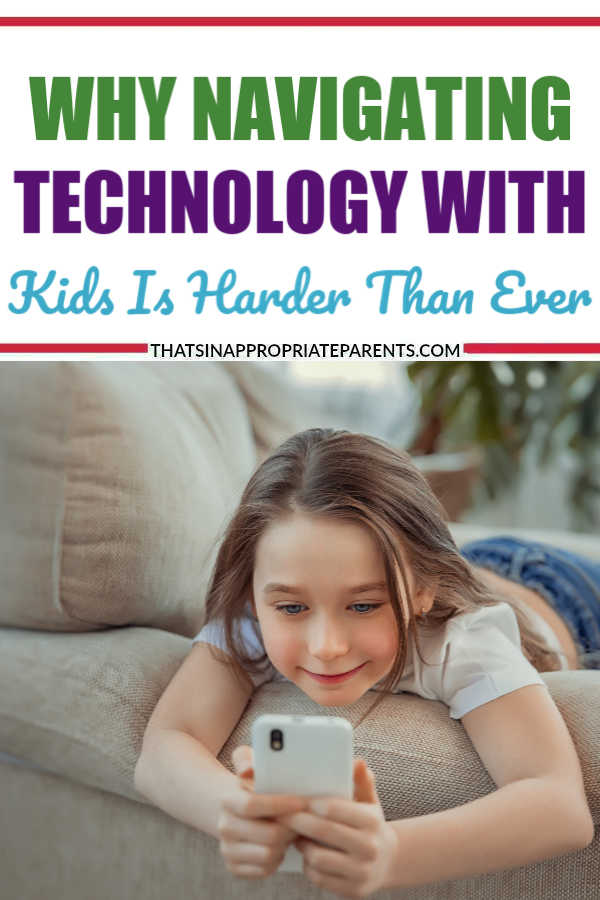 Georget details a conversation she had at a wedding with a grandmother of three young children. The grandmother leveled harsh criticism at her grandchildrens’ excessive use of technology, stating, “kids these days have no idea what real values are and they’re certainly not going to learn them from their parents.”

In one sentence, she pronounces a harsh judgement on not just of what she perceives as her grandchildren’s certain future shortcomings, but her own child’s deficiencies in raising her kids “properly”.

(You’ve likely heard this before- either you’ve been on the receiving end of such comments, or thought the same of someone else’s parenting approach.)

But here’s where Genevieve Georget nails the critical flaws with this debate.

She asks the woman if her own daughter ever used the kind of technology kids do these days- obviously not, says the woman, because it didn’t exist at the time. And her question leads to a deeper significance; Genevieve points out that instead of criticizing her daughter’s parenting to a total stranger, perhaps she should:

find ways to support her as a parent while she faces challenges that didn’t exist when you were raising your own children.

EXACTLY. Instead of looking from the outside for the apparent flaws, why not try to put yourself in her daughter’s shoes and view parenting from today’s unique perspective?

Most of us currently parenting small children were raised either without the electronic devices that are prevalent these days, or grew up on the cusp of their arrival. It was a different world.

Genevieve illustrates this conundrum quite well:

It IS an entirely new world now, and it can be daunting to try to navigate your kids’ use of technology when you’re just not sure yourself where the boundaries should/could/must lie.

And it’s even harder to do so when you’re faced with a constant barrage of criticism from others who may think differently than you on the matter. We’re faced with a wide variety of opinions on how to raise our kids- whether we want the opinions or not.

Truth be told, it’s really hard and scary to be a parent right now. Whether it’s articles from supposed parenting experts, social media debates, or the blunt disapproval of a grandparent over the kids watching a movie in the car during the three-hour ride, we often attack from within.

As the saying goes, it takes a village to raise a child. If we opt to talk smack about a fellow parent rather than come alongside him or her in support, then we are, as Genevieve Georget puts it, “a torch is being taken to that village and burning it to the ground.”

And she shares a great illustration: the very same grandparents who judge today’s parents for strapping their kids into 5-point harness car seats and popping in a DVD are the same parents of us 80s kids who used to LAY in the back window of the car, unharnessed, on road trips. What was standard practice then is vastly different from what’s typical now.

And we’re still trying to figure out just what “typical” really means; as Georget puts it:

It’s easy to feel unsure as we attempt to adapt our parenting to today’s new expectations. We worry about if we let our kids play on their iPhones too long. Then we worry if they should even have them in the first place. Then we worry if they’ll be behind the curve if they DON’T have them. And we often worry about what other parents will think of our worries, and if they’ll judge us for them.

Perhaps, instead, we can turn to our friends, our daughters, our fellow parents and ask “how can I better support you as we navigate a world—and a future—that is different for all of us?”

We’re all trying to do the best parenting job that we can. And to do that, we need helpful people around us- those in the trenches with us. We’re still trying to carve out the balance here ourselves, and sometimes need a supportive frame of reference to do that with.

With over 50K shares, it’s clear that her Georget’s post resonates with today’s parents. And, we have to agree with her. We’re simply trying to just figure it all out because technology is here to stay. And we hope more than anyone judging us that we don’t screw it up.

? WARNING: UNPOPULAR POST ALERT ?I was at a wedding a little while ago, sitting next to a grandmother of three young…