Filter Free Parents
Home Kids Elementary My Kid Gets Three Recesses A Day, And This Should Be The...

My second-grader receives three, yes three, recesses per day at school and can I get an A-freaking-men?

I am so thankful for his teacher (and school district) who gets it—the fact that kids need time to move their bodies, let their minds go, explore, and simply be kids.

Sure, all three of his recesses are not long, but they certainly give him and his classmates enough time to release their pent-up energy onto the playground.

It’s no secret that elementary school (all grade levels, really) are far too rigorous for kids.

I mean, I remember when I was in kindergarten, for example, it seemed like all I did was play in the damn rice box—and we only had half-days back then too. But today, our little 5-year-olds are expected to be reading by the end of kindergarten.

No pressure on their little minds, right? Overall, the stakes are too high and the kids are left little time to, you know, be kids. 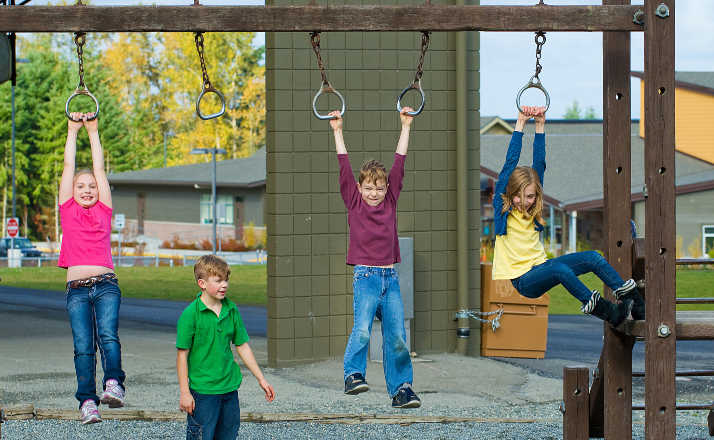 But this isn’t the teacher’s fault—they’re not the ones coming up with the standards and benchmarks per grade.

They’re simply doing their jobs and the best they can to love our children while teaching them. So, when I saw my son’s schedule and it had three recesses on it, I was the one jumping out of my damn pants.

“Is this a typo?” I asked my son pointing to the daily schedule. “Three recesses?”

I was floored. And you know what? It IS a big deal.

But he argues that it gives him enough time to play soccer, swing, play Gaga Ball (What in the hell is Gaga Ball, by the way?), and more. He doesn’t have to sit in his little chair at his low desk for hours straight being quiet and well-behaved.

Can you imagine how difficult that would be for little seven-year-olds? But with three times per day to let loose, my son doesn’t have to worry about that—his ability to move and yell is always right around the corner.

I’ve already seen great effects from my son having so much time to release some of his energy at school, too.

For starters, he’s not as crabby when he gets home (trust me, I’ve seen some real meltdowns). Because with more time outside, he’s already had the time to move and groove outside.

That energy isn’t just being stored inside of him with no place to go. I’ve also noticed that my son is much more focused on school work.

Sure, one could argue that he’s just maturing, but I can assure you that it’s more than that. In the second grade, he has more homework than his almost non-existent homework in the past. And when he gets home, he puts his head down and just does it. I never (okay, rarely) have to nag him—his focus is there.

I wish all teachers and school districts applied this three-recess schedule.

It would make everyone happier: the parents, the teachers, and most importantly—the kids. The outcomes of giving children more time outside are nothing but positive. The kids get to release their wild energy and once they return back to the classroom, the teachers have more focused students.

Thus, they miraculously become more teachable. It’s a win-win for everyone—one that I’m very grateful for.

Woman Writes, “I Hate My…

Amazon.com. The shopping mecca of the internet where if you can dream it, you can buy it, without ever having … Read More