My kid is a worrier.

There are things that make his mind race and keeps him up at night. He can make something out of nothing. In the biggest way possible.

He’s a stay inside the lines, rule follower through and through.

Which I have a love hate relationship with. I love that he values structure and respects authority and the rules. BUT, I also know that structure gives him great anxiety.

He strives to meet expectations so much that he’s exhausted from trying so hard. Even with my best attempt to tell him over and over that when he gives his best, I could never be disappointed. Even with my constant reminders that nothing he could ever do could jeopardize my extreme love for him, he worries. 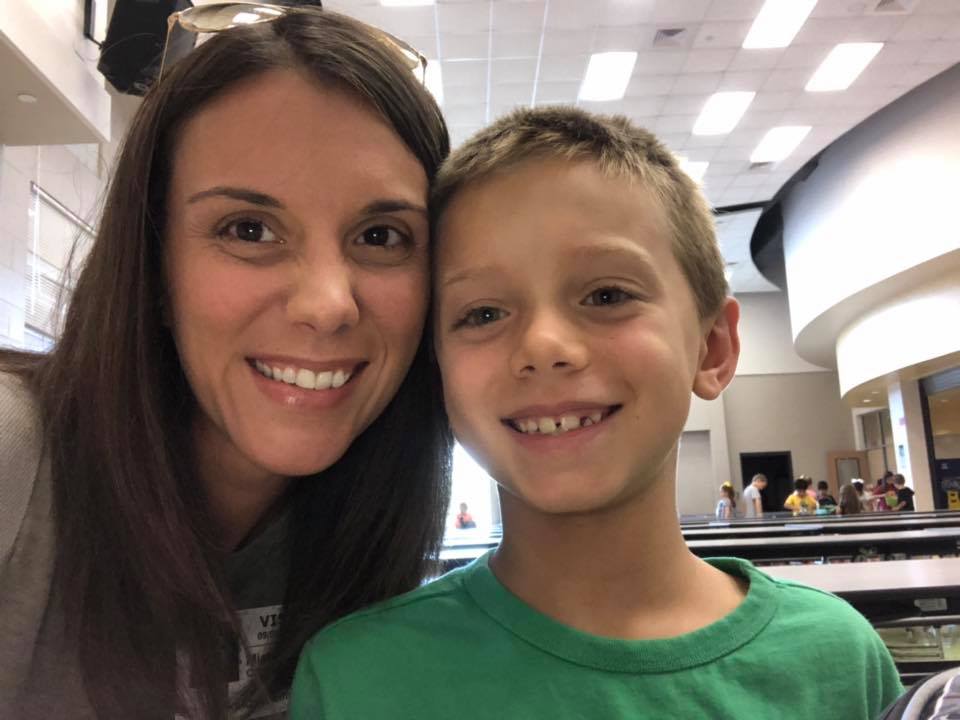 He worries about forgetting things and missing out. He worries about his family and their health and safety. He takes words so literally and to the extreme sometimes. So much so that it makes his mind race a marathon and brings him to tears. And although it rarely happens, he worries about getting in trouble.

As much as I want him to follow rules, have good manners, and achieve greatness; it has never been in my mama heart for any of that to cost him his happiness and contentment.

So I continue to speak softly and calmly in hopes that those vibes transfer to him and bring him peace.

I continue to practice self-talk with him and teach relaxing strategies. I continue to provide the tools to problem solving so that he’s able to work through struggles on his own.

And then, in the quiet space of my own mind, I lay the mom guilt on thick.

Could I have protected him better?

Could I have made him feel more at ease?

Did I say too much and put ideas in his head?

Did I not say enough to comfort him?

Did I give him the right tools to problem solve and recover on his own?

Parenting is hard sometimes because we often have to step back and let them process, learn, and work through problems on their own. As hard as that is, those are often the most important lessons.

We give them the tools to work through the struggles and the messes in their lives. We can model and show examples. We can offer problem solving tips and pass along encouraging thoughts.

But the heartbreak of a mama’s heart is that it’s ultimately up to them to process and to overcome.

And so, my kid is a worrier.

And his mama’s heart breaks whenever he is stressed.

My kid is a worrier. There are things that make his mind race and keeps him up at night. He can make something out of…