If you’ve been on TikTok for even a minute then you know about the trend of stitching, which is when one creator “stitches” a video onto a piece of someone else’s video.

This is usually in response to something the original creator has asked. This trend has become so popular that there are accounts that just ask questions to be stitched, and others that just stitch questions to answer.

And that brings us to a glorious stitch question asked by TikTok user, @disaster_energy who dared to query parents on TikTok to share their “unethical parenting hacks that work.”

And WOW, the unethical parenting hacks are equally parts yikes and genius. 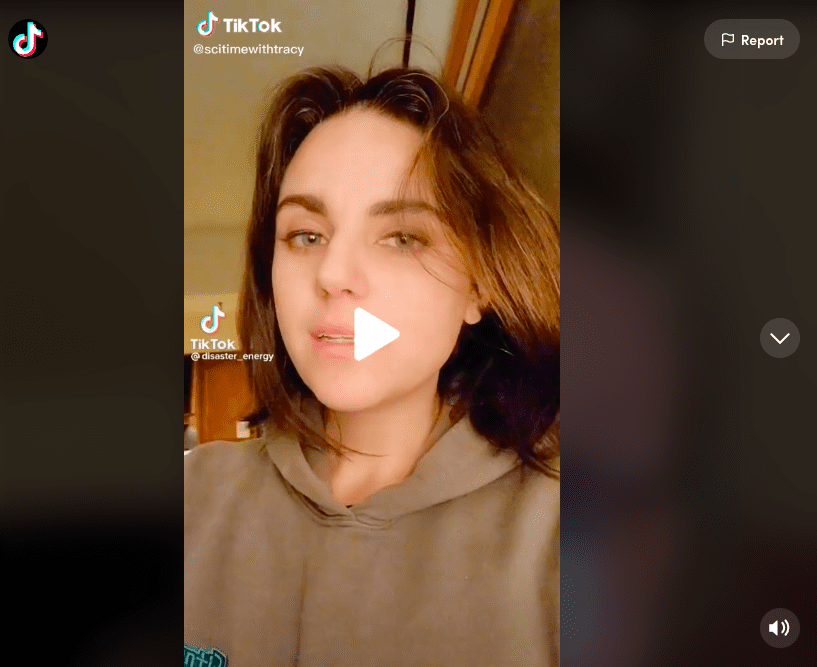 There have been several video stitches answering this viral question, but one, in particular, has attracted a vibrant comment section filled with examples of parenting hacks that sound brilliant, if not kind of sketch.

TikTok user @scitimewithtracy gave her answer and it’s kind of brilliant, but maybe (definitely) is unethical.

“So, when my kid was really little, I started telling her that she was very sensitive to drugs,” @scitimewithtracy begins.

“So sensitive that when we were using over-the-counter drugs, like ibuprofen or acetaminophen, I would give her half does and say, ‘you know, because you’re so sensitive, we’re just going to give you this much and if your symptoms clear up, great, and if not, we’ll give you the rest of the dose.”

She goes on to explain that she never messed with prescription drugs and always followed doctors’ orders when it came to her child’s health and well-being. Still, beginning at a very young age, she made an effort to drill the idea of drug sensitivity into her kid.

Do you see where this is going?

“Anyway, this worked so well that when she was in high school and her friends around her were doing drugs, she was like ‘oh, you know how sensitive I am, mom, that’s just not for me.”

She giggles as she explains that when her daughter finally did try experimenting with drugs, she told her mom that she “only did a little because” of how sensitive to drugs she is.

After watching this (and sending it to my husband with an inappropriate suggestion for a parenting hack of my own) I skipped over to the comment section because I was sure that this mom was about to get annihilated with judgment.

Instead, I found a treasure trove of parents leaving their versions of unethical parenting hacks that worked for them.

Margaret Steelman shared, “Before my daughter could read, I would make up the words on posted signs to suit my needs. ‘crying children cannot enter’ ‘no running allowed’.”

Now, I’ll be honest, I’ve done that too.

Kristina wrote, “Told my son that everyone has a ‘tell’ when they lie his is that his hair sticks up on top of his head. He touched the top of his head when he lied.”

Ok, that’s brilliant, definitely going to try that one with my four-year-old.

PseudoTodd shared, “My mom told me I was allergic to alcohol when I was 14, believed until I had a full allergy test run at 46. I still don’t drink.”

Geor Gina has a genius parenting hack that many of us can appreciate.

She wrote, “My friend tells her kids they can only go to Chuck E Cheese if they are invited.” Imagine all the money, drama, and aggravation this lady has saved herself?

For any parents out there who dread shopping with their kids, this one is for you.

Debra Faett wrote, “I told my kids it was against the law for anyone to push a shopping cart that wasn’t tall enough to see over the top of it.”

As winter ends, many families are looking at mud season and hating the idea of going outside. But no worries, this mom has you covered.

TikToker wrote, “Lmao whenever my daughter wants to go to the park I show her a generic picture of a closed park off google & say oh no it’s closed today.”

Mary971 isn’t raising no liter bug. She wrote, “I told my son when he was little that littering would make the world blow up. He believed it for years & told everyone! We picked up trash on walks.” Pretty brilliant!

Parents aren’t the only ones with brilliant tricks up their sleeves. This TikTok user shared a grandparent hack to get kids to go to sleep.

Claudinika wrote, “Tic Tacs (white) were given to me and my siblings when we were kids at grandparent’s house as ‘magic sleeping vitamins’ – worked!!!”

Not every parent loves those giant racecar carts at the grocery store.

Megangrosscnm wrote, “My kids are always confounded by the fact that the race car carts at the grocery store are broken and out of order.”

Forget Elf on the Shelf, Natalia has a much better solution to get good behavior out of her kids.

She shared, “I had my work phone saved as Santa Claus on my personal phone, with a pic and everything. When she was being naughty I would just call my phone 1/2.”

The video has already been viewed a quarter million times and the comment section is growing at breakneck speed.

If you want to check out some of the 800+ comments, watch the video here and, who knows, maybe you’ll be inspired by the hacks you see!

There is a new medical mystery that has been quietly haunting the international news media for a few weeks. Children … Read More