Filter Free Parents
Home Trending Parents Knowingly Send Kids to School With Covid, But Why Are We...

We should have known that with school starting in various parts of the country, COVID cases were going to rise. And, we’d like to say we never expected kids to be sent to school with the deadly disease, yet here we are.

Health officials in Wisconsin reported that some parents knowingly sent their children to school with COVID-19 according to NBC News.

While some people are shocked and appalled (rightly so), others are more realistic about the realities of the world we are currently living in.

A Wisconsin Health Department official was quoted as saying,

“Never in a million years did we imagine or think to account for parents deliberately sending their sick or symptomatic child to school.”

To that I say, never?

Of all the people working at the health departments across all of Wisconsin, or any other state for that matter, no one took into account that parents would be desperate enough to send their sick child to school?

That is hard one for me to swallow.

As a working parent, I’ve had to take time off work, that I did not have, to care for a sick child. I’ve also been threatened with losing my job for doing so.

In the instances where I was threatened with losing my job for caring for my child, I was privileged enough to live in a household that could take the financial hit until I found another place of employment.

Many working parents are not in a position to lose their job to care for their sick child, especially when that now means an automatic 14 days off so your entire family can quarantine.

The American economy is not set up in a way that supports working parents, and this is a song and dance that parents have been singing each year that the cost of living increases while wages stagnate.

Gone are the days where the majority of homes have a sole breadwinner, and our society is not set up to assist working parents.

By and large, most American families live within eighteen miles of their mothers, but with the virus having deadly consequences on people over 60, I’m not sure people are willing to risk sending their sick kid to stay with grandma. 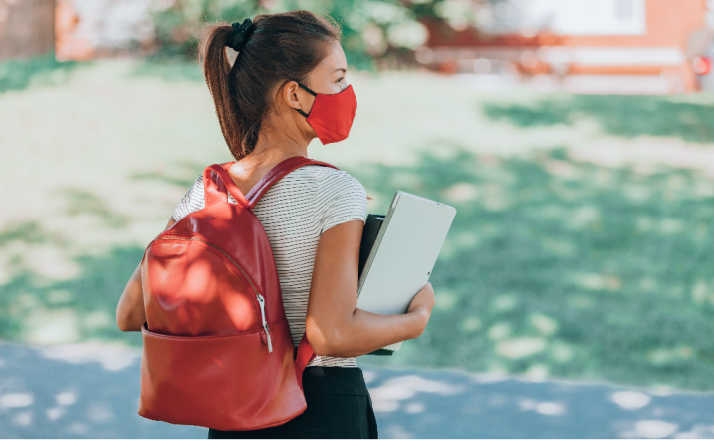 So where does that leave families who have sick children in the middle of a global pandemic?

It leaves them to make hard decisions. In the case of Coronavirus it makes many parents choose between keeping the lights on or a roof over their family’s head and possibly infecting other children with a virus that could kill their loved ones.

Across America, schools are being shut down for 14 days at a time for deep cleaning and school wide quarantine after someone or multiple someones arrived at school sick with Coronavirus.

College campuses are pulling their face to face learning plans one right after another due to outbreaks on campus.

Some colleges are going as far as to kick students out of their dorms just weeks after their parents said goodbye.

When schools shut down in any capacity, it forces parents of younger children to make tough decisions, and most times their family’s survival will win out over the hypothetical possibility that their sick child could infect and subsequently cause the death of someone they likely don’t know.

I don’t think anyone wants to willingly infect someone else with a deadly virus, but they also don’t want to be homeless.

They don’t want to go without food and utilities.

These choices are devastating for the average American family, but they should come as no surprise to health officials.

When states and the federal government started rolling back their assistance to help keep families home when needed, kids needed to go back to school, so parents could work.

This vicious cycle has been going on long before COVID, and it isn’t surprising to most parents who have had to take off from work because someone else sent their child to school with the flu, and now their child has it. These are not new circumstances.

Unless you live in another country and have the benefit of being on the outside looking in, children coming to school after testing positive for Coronavirus is not shocking.

It’s not even really newsworthy when you think about it.

It’s common sense that this would take place the moment parents were forced to choose between work and their sick child.

While the comments under the article were mostly from parents seemingly slapping a palm to their foreheads and shouting “duh,” it’s glaringly obvious that people in power did not think of this consequence.

The fact that someone at the health department is staring with their mouth agape at the thought, gives me pause, because this is nothing new to us working parents.

It’s not new to childcare workers or teachers.

Parents have been forced to send their children to school loaded up on Motrin and Robitussin for decades, a novel virus was not going to stop that.

So, as a working parent myself, I am unsurprised by these events.

We all hoped we would’ve been in a better situation by the start of school. This pandemic just added one more hurdle to making ends meet.

And, health officials need to realize – sending kids to school sick is going to continue to happen unless something changes.