Our society is obsessed with beauty. All it takes is one glance at the glossy magazine covers at the grocery store checkout or the perfectly curated photos on social media to see it.

We read it in the headlines that promise “10 moves for the perfect booty,” “How to have sexy hair,” “Look pretty now!” and “Shrink your inner thighs!”

We see it in the endless filter options on iPhoto, PhotoShop, and Instagram to make us look prettier, softer, smoother, younger, skinnier…

And I hear it, in my 12-year-old daughter’s voice, as she points out the most popular girl at school and says, “She’s so pretty.”

As much as we may want to deny it, the reality is this: Society values unrealistic standards of beauty in women above all else. No matter how “woke” we claim to be.

And one Instagrammer set out to prove it.

In an Instagram post that has gone viral, Worthfeed, an entertainment site, posted side-by-side photos of Kendall Jenner and Alyssa Carson. Jenner posed in a barely-there bikini, while Carson posed in an astronaut jumpsuit holding a space helmet.

The caption read in part:

A few days ago, a photograph of American model Kendall Jenner in a swimsuit went viral,
showing what for many is the perfect body in a woman.

On the right, a photograph of Alyssa Carson, the 19-year-old astronaut who became the youngest person in history to overcome all NASA’s aerospace tests.

Kendall Jenner is an international supermodel. She commands millions of dollars per contract. She has 153 MILLION followers on Instagram alone.

Alyssa Carson is an astronaut hopeful. She is the youngest ever graduate of the Advanced Space Academy. And her goal? To be the first person on Mars. She has 462K followers on Instagram.

Worthfeed goes on to write:

You can probably work which of the two is most well known and globally admired, yet this situation shows us the disproportionate value that society gives to exaggerated beauty stereotypes.

Which one have you heard of, Kendall or Alyssa?

Who does society dictate has more value and worth? (And if you guessed Alyssa, you would be wrong.)

While many women struggle every day to belong in historically male-dominated positions and trades, society continues to reward vanity and beauty over real skills and intellect.

Even her own sister questioned how she could possibly look this good.

While the writer behind Worthfeed appreciates Kendall’s beauty, he (or she) believes that our practice of placing beauty above talent and skill is detrimental to the progress of the human race.

I’m the first person to appreciate the female form but if we, are to place this asthenic above incredibly talented, dedicated and skilled individuals like Alyssa Carson
I feel It would not only be ignorant but extremely detrimental to the evaluation and progress of the human race.

The post has received over 7K comments in just a few days.

Our society seems to be getting shallower by the second by putting a certain standard of beauty above all else and making the implicit suggestion that if you don’t look that way, no matter what else you have going for you, your worth is less.

There are hosts of studies showing how women have lower self esteem while trying to reach the standards of beauty that are being portrayed.

Another commenter spoke to the role that media and advertising play in what society places more value on.

it’s about what is advertised and given to us via social media, we are much more likely to see a celebrity than we are to see someone like this girl, the point being that superficial beauty standards are given to us way more than amazing instances like this, I’m not saying we should fly to the moon, I’m saying this is an example of a woman doing an incredible thing and not getting the recognition she deserves due to messed up priorities

Others, however, found that while the message behind the post was good, the comparison itself was problematic.

Why must we shame one woman to lift up another?

Why can we not celebrate the successes of one young woman while at the same time dragging those of another? 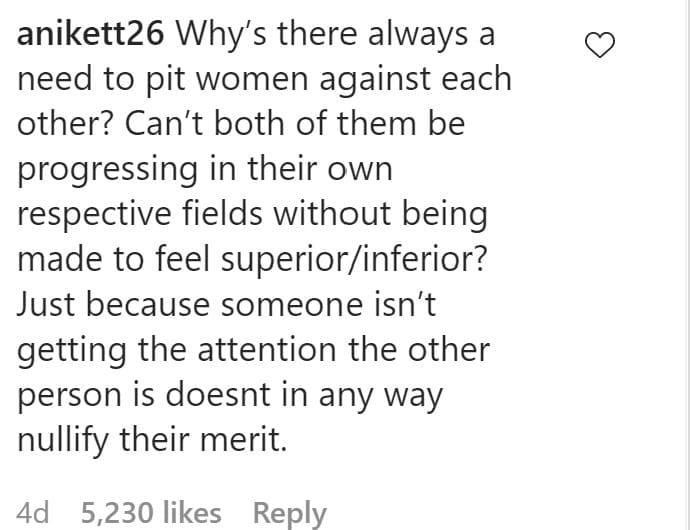 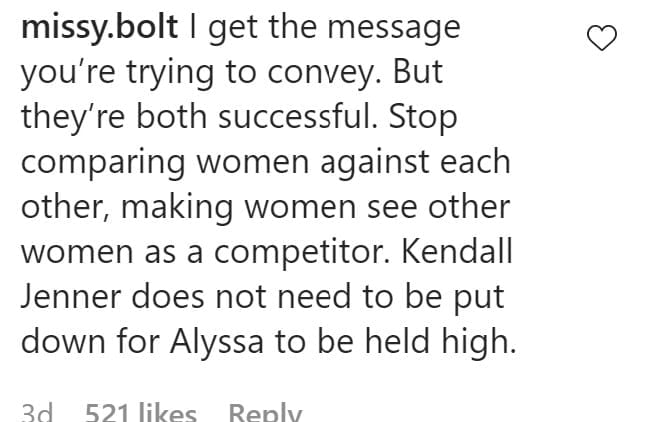 Comparisons aside, the reality is that beauty sells. Above accomplishments. Above intellect. Above skills.

As the mother to a daughter, my hope is that her self-worth will not be tied to her appearance.

That society will stop perpetuating unrealistic ideals of beauty that only a select few IN THE WORLD can live up to.

I want her to know that she IS beautiful. That beauty comes in all different shapes and types. That intelligence, strength, personality, sense of humor, honesty, respect, kindness, passion, and talent are all forms of beauty.

My wish for her is that instead of being bombarded by photoshopped pics of supermodels she would be inundated by stories like Alyssa Carson’s.

That society would celebrate young female role models for more than their bodies. And that intellectual assets would garner greater attention than physical ones.

Most of all, I hope that my daughter knows that a woman’s worth is not measured by a metric of attraction. Girls Were Told Not to Say No …


One Mom’s Hilarious Amazon Re…

Have you ever found yourself lying awake at night doom scrolling through your thoughts, so you pick up your phone … Read More

There’s a tremendous sense of joy when a child is officially adopted into his or her “forever family”. The court … Read More