The first day of school is usually a highly anticipated event; Facebook is flooded at this time of year with artfully decorated chalkboards celebrating the advent of a child’s new school year.

A primary school in Shenzhan, China celebrated the beginning of a new school year in a rather different way. Less chalkboards, more… pole dancing.

Yep, pole dancing. What the what??

The Xinshahui kindergarten welcomed students & family to their new school year with a typical “back to school” first day celebration that is customary in China. What is less customary, however, is the appearance of a pole dancer as the headlining entertainment.

The dancer performed before an audience of nearly 500 children (ages 3-6), and nearly 100 parents. School principal Lai Rong was the individual responsible for selecting the event’s talent, and according to The Global Times, she chose the unique format in order to showcase the “dancer’s excellent skills”.

Now granted, it’s been ages since I attended KINDERGARTEN so I may be a bit fuzzy on the festivities, but I can say with certainty that although some of the former classmates may have gone on to an illustrious career on the pole, that possibility was not presented in my kindergarten class. Or any other class, for that matter.

And based on the response of parents in the audience, it’s clear that they also did not support pole dancing being featured for their young children, either. Journalist Michael Standaert took TO TWITTER after attending the baffling event with his own child to share his thoughts on it:

Who would think this is a good idea? We're trying to pull the kids out of the school and get our tuition back. They wouldn't give us the number of the company that owns the school, but looking into that. pic.twitter.com/vEdIhuq774

And please note his description: the PRC (Chinese) flag was atop the pole that the dancer performed on. Because if you’re going to have a pole dance at your state-sponsored school, it might as well be a patriotic one. (Or is it unpatriotic to pole-dance beneath your country’s flag? Is there an etiquette guideline on this?).

And imagine the crowd for a moment, if you will. Mothers staring in horror, as fathers try to pretend they’re NOT staring. Children confused, intrigued, and -according to The Global Times:

So if the actual video footage isn’t icky enough for you, let’s take a moment to imagine several children in the 3-6 year old range attempting to perform some of these moves. It’s definitely a most unique response to the age-old parental question: “So what did you learn in school today?”.

In the immediate aftermath of the event, parents protested the risque performance, & many called the school to complain. According to Standaert via Twitter, when they contacted the school, here’s how it went down:

The principal hung up on my wife when she called after saying it was “international and good exercise” … okay, yeah for adults maybe, but not 3-6 year old kids.

(International? With love from America, China. We’re here to honor education around the world… one pole at a time.)

Principal Lai Rong spoke to the news outlet The Global Times expressing her remorse for offending families. She claimed that she was only trying to “liven up the atmosphere”.

And what school wouldn’t want a lively atmosphere, right? Why not bring the lively atmosphere of an adult bar, pole dancing class, or nightclub into your kindergartner’s school, too? They can start with the ABCs… learned by observing the cup size of their sexy pole-dancing school welcome committee, apparently.

Despite the school’s initially callous response to parental concern, Rong was fired by the local education bureau, who according to CNN stated that “performing pole dancing for kindergarten students is not appropriate”, & instructed the school to issue an apology to students and parents.

We’re just glad it’s been resolved. But, my guess is the rest of Kindergarten is going to be a disappointment after such an “warm” introduction.

Let’s just hope the kids don’t do any role play re-enactments at recess. 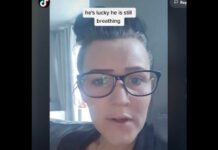 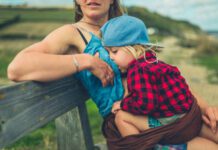 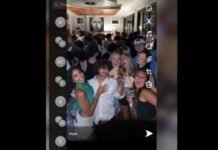 200 Teens Break Into FL Mansion For Party, Then Share The Pics On Social Media

The Dicks Are Getting Hitched …

As a parent, one of the hardest things about your child attending school is the reality that other kids can … Read More