“Powerful pictures capture the moment dad delivered his twin baby boys.” I read this headline, tilted my head, then read it again. Surely, I was misreading this. I thought they must have just spelled, “Mom grows two human beings inside her body for nine months, endures unimaginable pain to bring them into the world, at which time Dad catches them and hands them to Mom” wrong.

The photos were gorgeous. Truly stunning. It was lovely that DAD got into the birthing tub and took on the role of baby catcher for his partner, it really was. But let’s be real: the hero in that tub was the mom. When Dad squeezes two bowling balls out of his nostrils into Mom’s hands, then he can star in the headline. 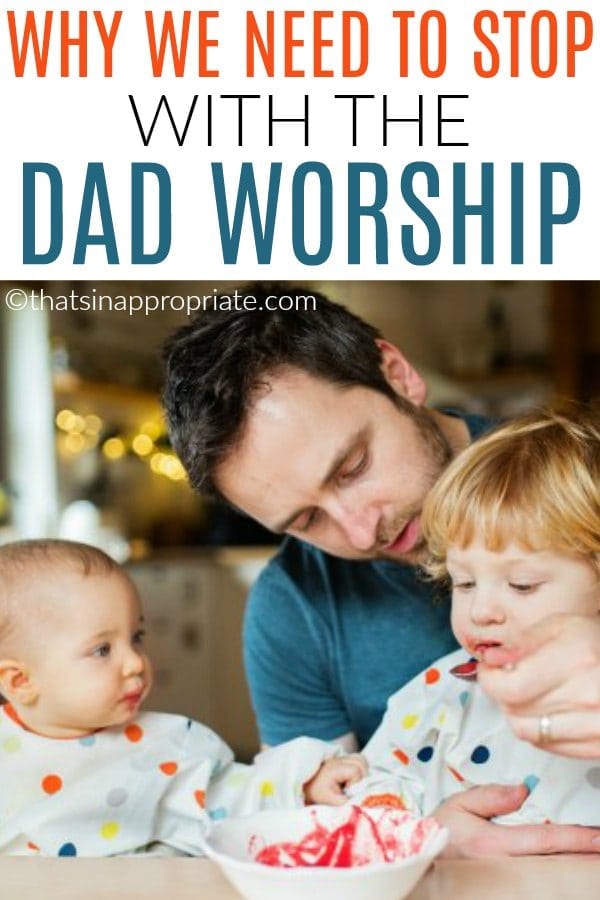 Sometimes it feels like if a dad wipes a nose, he makes the cover of Time. Meanwhile, a mom can make a four-course meal in the middle of the apocalypse and be criticized because it isn’t organic.

Ever seen a viral video of a mom putting her kid’s hair in a ponytail? Why not? Because it’s a friggin’ ponytail, not ground-breaking brain surgery, and a totally normal thing for a person to do for their kid. Yet dads doing ponytails seem to make news on the regular. “Look at that dad, doing a ponytail. He thinks he’s people.”

The dad worship is everywhere. Dad dealing with a tantrum in the grocery store? Aww, poor dad, he’s doing the best he can. Dad gets up with the baby at night once in a while? Get this man a trophy. This week on Oprah: Dad who played Barbies with his child.

“Listen, Lady, I understand you brought about world peace, but this dad makes his kids’ school lunches, so we’re going to have to give the Nobel Prize to him,”?

Dads do something completely mundane and ordinary, everyone drops down to kiss his feet, and moms everywhere go, “You know we did that twelve times before breakfast, right?” This is not to say that moms necessarily do more than dads, that isn’t always the case at all. In fact, all of the dads in my life are very hands on and active in raising their children. It’s just that they get so much more credit for it.

Folk singer Nancy White quipped, “Mommies for maintenance, daddies for fun.” That about covers it. If it’s a basic parenting activity, Dad is an inspiration for doing it, and MOM IS DOING IT WRONG. It’s frustrating, and not just for moms.

Praising dads for every little thing does dads a disservice. It implies they are incapable of parenting as well as mothers do, and dads don’t like it. Author and speaker Doyin Richards is a great example of this phenomenon. A few years ago, a photo of his doing one of his daughters’ hair while wearing his other daughter in a carrier went viral. He was put on a pedestal for doing this boring, everyday thing, so much so, it helped launch his career. He was genuinely confused by the attention the photo received, making it clear that he is AN AMAZING DAD, but not because he did a ponytail. He’s an amazing dad for the same reasons any parent, male or female, is amazing: he is there for his kids. That he is a man has nothing to do with it. 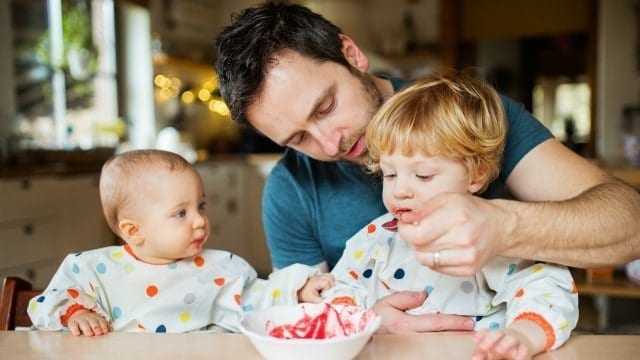 I have heard this echoed by my husband, by brother-in-law, my father, and many other men. They are tired of the image of Dad as a bumbling idiot who should get a parade anytime he gets it right. They see it on TV, they see the viral posts, and they are insulted. As irritating as it is for women to receive little to no acknowledgement for the day to day things, it’s patronizing to men to get accolades for it.

Let’s try this instead: Shout out to every parent who is doing their best. The ponytails, the school lunches, they all matter to your kids, no matter who does them, and so does the big stuff. You matter as a parent and a person, and your kids see it, whether you go viral for it or not. PARENTING IS HARD enough, for moms and dads, without trying to put a hierarchy on it.

Mom Is Angry That Her Adult Child G…