“This my weapon!” My toddler shouts, gleefully waving around an empty paper towel roll.

He swings his sword around yelling, “hi-ya,” and delighting in his new game.

I’m taken aback by his use of the word, “weapon.” My son is in SPEECH THERAPY and still has a limited, albeit growing, vocabulary. When he says something different, I pay attention, and this was definitely new. But, it was more than just a new word; my son, at two, was beginning to verbalize violent language.

My newly turned three-year-old has an older brother, whose favorite activities include watching every version of “Power Rangers” (seriously, Netflix, one is enough) and wrestling with his sibling every chance he gets. My oldest even managed to organize a ninja fighting game with his classmates that has become a recess staple.

Having already lived through the rambunctious TODDLER YEARS with my oldest, you would think I would be unphased by my little one’s weapon comment. Yet, something about it caught me off guard. Perhaps it was because my youngest preferred soft toys and cuddles, at least up until that point.

Or maybe, he was coming into boyhood. 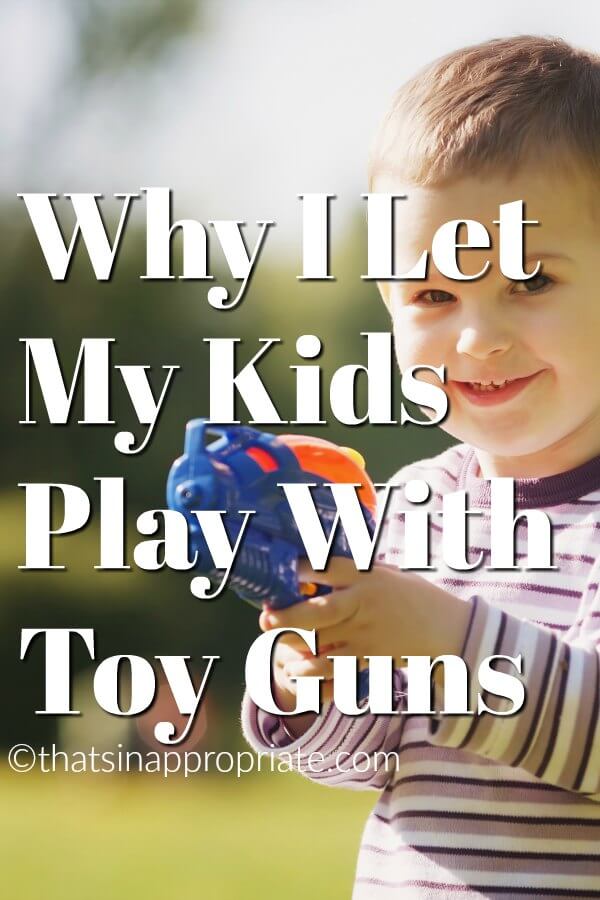 Let me be clear. While, I’m not gender neutral in my approach to raising children, I certainly don’t consciously enforce labels on anything. Our family doesn’t refer to items, as “girly” or “manly.” My little one has dolls and loves Frozen. He also likes to sword fight with the sticks he finds in our yard. I don’t steer him toward so-called boyish things, but, like his brother, he tends to find his own way there.

I believe gender constructs are somewhat man-made, and thousands of years of human history are hard to undue. I respect and accept the myriad of gender identities. I know there are always outliers. There will always be girls who act more like typical boys, and boys who behave more like girls, and everything in between.

But, after observing my OWN BOYS, as well as the behavior of other male children, for the five plus years I have been a parent, I found there is a fundamental difference between boys and girls, and that difference is emphasized in their choice of play.

Visit any schoolyard or playground, look around, see what games they are playing. Chances are, the boys will be engaged in some sort of chase or fighting game. They might be brandishing toy guns or wielding sticks they found lying around. They may be running around, playfully tackling one another to the ground.

And, when they get home, these same boys might watch their favorite SUPERHEROES kick some butt, or kill some aliens in order to beat the high score on a video game.

They will do all this with a gleeful smile plastered on their faces, leaving many of us moms wondering if they are enjoying all this violence way too much.

We hear about yet another school shooting;  we learn, yet again, the culprit is a young male; we spin our wheels. We wonder if the pundits are right. Maybe video games are too violent? Maybe we should throw the toy guns away? We wonder, if our sons could do something so horrific, and if they could, would we be to blame?

I imagine that some of those vicious killers enjoyed playing violent video games. I am sure many engaged in Nerf wars in their backyards. I know this, because, this is what boys do. I also know that taking these things away from boys won’t stop a few of them from committing horrible acts. And, I would argue further that our male children need more, healthy outlets to express and release aggression.

We have made games like tag and dodge-ball things of the past. We yell at our sons to put their sticks down and keep their hands to themselves. We urge them to “play nice,” and by “nice” we mean more how typical girls play. 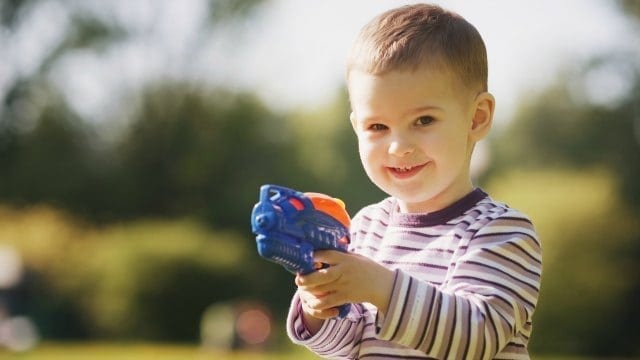 We deny them opportunity after opportunity to just be boys. As if being a boy is inherently a bad thing.

Instead of shutting down their play, we need to teach them how to engage in a respectful, safe manner that is fun for everyone. With my boys, I am constantly reminding them to check their surroundings before swinging a stick or throwing a rock.

I tell them to listen and watch for cues if another child is no longer feeling a game of tag or other activity involving lots of physical contact. Both of these things are key to developing empathy, which, I believe, above all else, is the difference between those who seek to harm others and those who do not.

Teaching children empathy is more than just telling them to “be kind.” It is giving them space to resolve conflicts on their own. It is less time at a desk and more time engaged in free play.

It is ensuring online interaction is sufficiently matched by real-world encounters. It is showing them anger and aggression aren’t things to be suppressed, but rather expressed and released, and even used as motivation to fight injustice.

Next time your son picks up stick, don’t wince. He is still your SWEET BOY.

Prancer, The “Chucky Doll In …

A couple of weeks ago a Chihuahua named Prancer shot to internet fame when his foster mom, Tyfanee Fortuna, wrote … Read More