What if I told you that these bags under our eyes and the bitterness in our hearts from the last few days of interrupted sleep schedules, thanks to daylight saving time, might finally be numbered?

Literally, because the Senate just unanimously passed the Sunshine Protection Act, which would effectively end this twice a year shitshow tradition of resetting our clocks.

Today, a bipartisan bill called the Sunshine Protection Act that was introduced and co-sponsored by Senators Marco Rubio of (R – Florida) and Sheldon Whitehouse (D -Rhode Island) unanimously sailed through the Senate, proving once and for all the universal rage of exhausted parents everywhere can pull this country together.

But before we all celebrate, there are still a few ducks we gotta get in a row.

For starters, bills generally start in the House and then move to the Senate where they typically go to die.

If a bill miraculously survives our Senate, it gets sent to the Oval Office where the sitting president signs it into law.

But either side of Congress can propose a bill, which means that the Sunshine Protection Act must go the other way; it needs to sail over to the House and get a majority vote before it can get advanced to President Biden’s desk.

If the bill passes the House next, then it will land on Biden’s desk with a victorious thud and be signed into law.

That would mean that we could finally end this God-awful tradition of making parents cry while tucked in the fetal position as early as 2023. 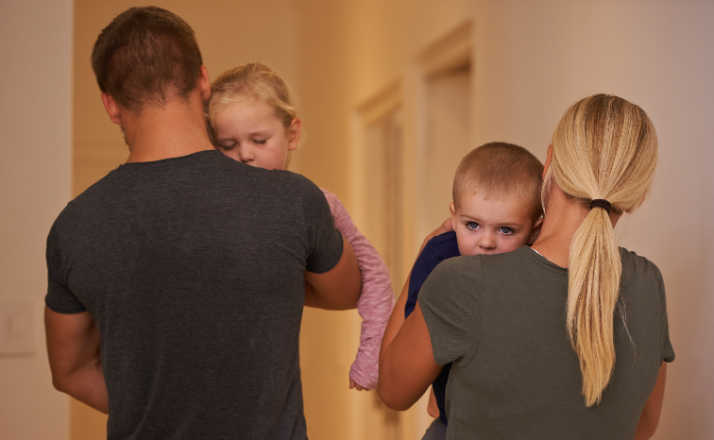 I am literally counting the days.

During the exciting moments when the Sunshine Protection Act was up for discussion, Senator Rubio spoke in favor of the bill saying, “Pardon the pun, but this is an idea whose time has come.”

And in a moment that every parent can relate to, Senator Kyrsten Sinema (D – Arizona) was seen giving an excited fist pump as she whispered “YES!” after no senator objected.

So, why do we even observe daylight saving time anyway?

Well, interestingly, states are not actually required to follow daylight saving time, but can you imagine how confusing it would be if every state had a different time? The practice began back in 1918 as a way to gain more light during warmer months.

Some say this was for farmers to be able to bring in the annual harvest, but it was actually started in Germany during WWI to converse energy.

The history of daylight saving time is a prickly one with plenty of plot twists. So, if you can’t sleep tonight because our dumb clocks set ahead an hour, go Google it, it will keep you entertained until you fall asleep.

According to the Farmers Almanac, in March 2022, 28 states were on record as opposing Daylight Saving Time and were introducing legislation to end the Draconian practice of screwing up bedtimes that have pissed off every parent across the nation since this horrible idea started a century ago.

So, what can you do?

Well, right now the Senate has shown that there is substantial interest in fixing this grave historical error, but that doesn’t mean the House will agree.

As we all know, getting Congress to agree on anything is nothing short of a miracle. So, if you want your voice to be heard, you should reach out to your House rep ASAP.

To contact your Congressman, simply visit the Find Your Representative website and enter your zip code. Once you pop that in, you’ll be sent to a page that lists your rep(s).

You can click on their names to email them directly.

As I type this, my kids are all having epic f**king meltdowns because their sleep schedules are royally messed up. If you are exhausted and frustrated by the useless time change as I am then definitely reach out to your rep and let them know.

WE CAN DO THIS!

If you’re a mom, I’m willing to bet that there’s at least a few pairs of leggings in your wardrobe; … Read More