Filter Free Parents
Home Kids Empty Nester Snow Plow Parents Are A Thing – Could You Be One?

We all know that our parents walked ten miles to school, uphill both ways, in three feet of snow. Our parents had it harder than us, and our grandparents, even harder. But, did you know that a new style of parenting today is emerging that is the opposite of what our parents did? Meet the snow plow parents of today.

The notion that “kids have it so easy these days” is not new. But Snow Plow Parents are.

Sure, objectively, we probably didn’t have it as hard as our ancestors (antibiotics alone, I mean, come on), but we still had our challenges, and our parents usually made us face them.

But, unlike the helicopter parents and tiger moms, snow plow parents are serious.

So, what’s a snow plow parent? To put it simply, some parents, in an effort to spare their children the hardships they faced growing up, take it upon themselves to clear obstacles out of the paths of their advancing children, earning themselves the moniker “Snow Plow Parents.” 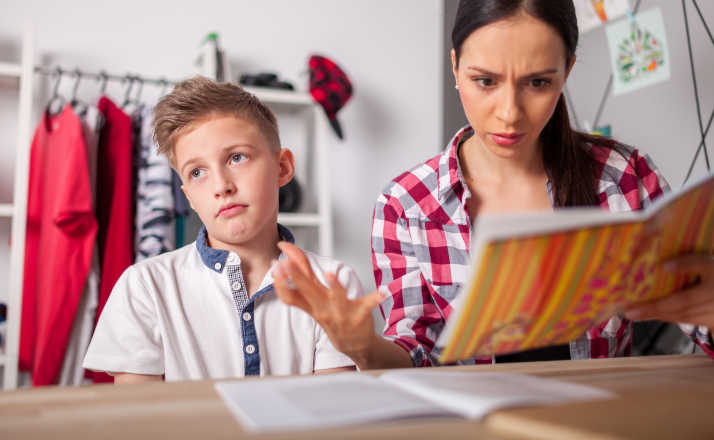 There are examples of snow plow parents everywhere.

We saw a stunning example of this with the college admissions scandal in the news recently involving, amongst several parents, Lori Loughlin and Felicity Huffman. It seems that instead of sitting her children down Aunt Becky style, and giving them a heart-to-heart talk on facing challenges head on, set to the tune of the “drama violin”, Lori instead just bribed everyone she could so her kids could walk into college like they owned the place.

This is an extreme example – most families don’t have millions of dollars to just throw at doors to get them to open for our kids – but the micro examples of Snow Plow Parents, the Snow Blower Parents, show that many parents would do it if they could.

When I was in university, it never occurred to me to ask my parents to speak on my behalf. I wasn’t alone in this. I was a Residence Assistant (RA) for two years, and while I helped many students with conflicts or other issues, not once did I ever have a parent contact me.

Now that some of my old university classmates are professors or working in student housing themselves, I’ve heard the horror stories about how this has changed.

Parents are frequently acting as liaisons, and not in a casual way. Some walk in and make demands on behalf of their grown children.

It isn’t just university, either. Sure, it’s certainly more reasonable for parents to speak on behalf of their children in elementary school, and in some cases in high school as well. My parents always encouraged me to approach a teacher myself, and if it wasn’t resolved, they would step in – but always as a mediator.

We were all in on the discussion, and the onus was still on me to be an active participant. This focus has shifted, leaving many teachers to feel as if they have been, well, plowed over. 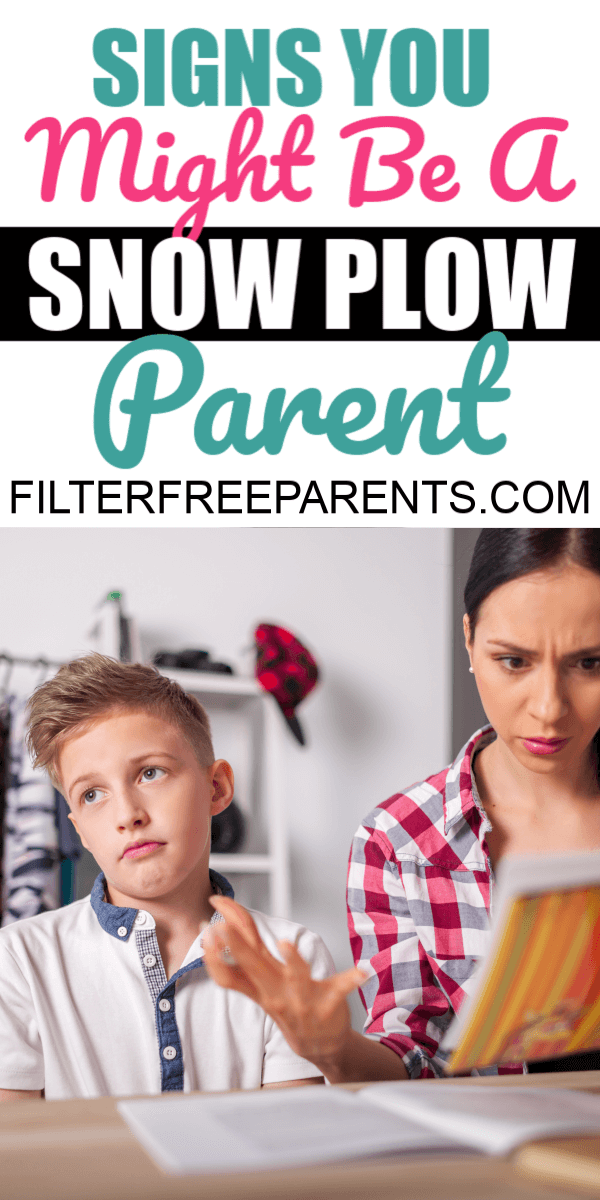 Snow plow parents often refuse to believe their children should be held accountable for things.

My mom taught for over forty years and she was damn good at it. She remembers when a conflict with a student meant that parents and teachers would work together to help the child put in the work to get back on track.

But as she came closer and closer to retirement, this changed dramatically. Parents began coming in, refusing to believe their children should be held accountable for any of their actions, and demanding the teachers make concessions – and in many cases, the schools did.

Snow plow parents genuinely believe they are helping their children.

Where does this start, this expectation that parents won’t just advocate for their children, but remove them entirely from the situation?

I believe it comes from a genuine effort to protect their children. While kids and young adults now may not face manual labor and other hardships our parents or their parents faced, they have a great deal of pressure on them that even most of us didn’t face as kids.

Kids “back in the day” had to advocate for themselves, sure, but their environments were much more controlled today.

Getting into college was easier, having a degree all but guaranteed you a good job, and you weren’t saddled with crippling student loan debt upon graduation.

People got one job, made a career there, and retired with a gold watch. There was consistency and an acceptable amount of certainty, removing some of the pressure millennials and younger face about their futures. Of course this wasn’t the case with every family back then, but I’m speaking as a societal trend.

Then there is media, the internet, and other pressures our children face that generations before didn’t.

Maybe Snow Plow Parents see these pressures, see that the path to security and success isn’t as clear cut for the younger generations, and are trying to level it out a certain amount. That’s understandable.

The problem of course is that if our kids face no challenges when we are still there to help teach them how, then they can’t be expected to do so when it’s their responsibility to – and that’s how we wind up with parents having “parent-teacher meetings” with their twenty-two year old children’s professors.

Maybe we need a balance between uphill both ways in the snow, and Snow Plow Parents. Maybe we need parents who make sure their kids have good, solid snow boots, and offer a helping hand to navigate the snowy path.

Maybe what we need is Sherpa Parents.


4-Year-Old Goes Viral for Making Up…

Christmas is touted as being the happiest time of the year, but for many people, it’s actually the most difficult … Read More

Have You Seen the World’s Wor…