The first parent-teacher conferences of the year happened this week and man did I get schooled.

As a mother of a 15-year-old and a 12-year-old, I’ve been to more parent-teacher conferences than I can easily count.

But, as each one approaches, the part of myself that I consider a recovering perfectionist starts to creep to the surface.

Fears of being judged as a parent and as a person float to the forefront of my brain.

My anxiety decides that it’s a great time to show up, sending negative self thoughts into hyperdrive.

Per usual, I respond to these desires to present myself perfectly by attempting to control as much as I possibly can.

My anxious self prepared for this year’s video parent-teacher conferences by checking and double checking our appointment times, testing the software, making sure my background was tidy and presentable, and gathering a pen and some paper for notes.

I was as ready as I could be.

These are all the things a parent wants to hear — especially this year when more than half of my son’s school hours are being done remotely from his bedroom.

Then each teacher ended with a similar message about him.

Each conference ended with an almost exasperated sigh from the teacher “I hope I get to know the real him.”

I couldn’t help but laugh each time, thinking to myself “You probably won’t.”

These teachers can’t read him because my youngest doesn’t give a flying f*ck about what anyone thinks of him. 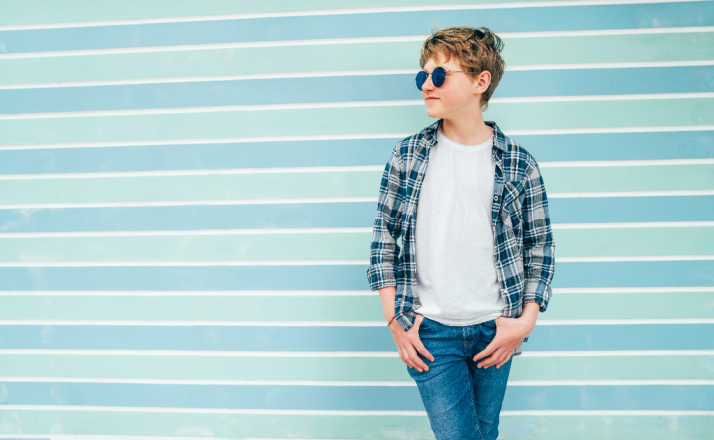 He will show up, do his work, and be polite but he will never be phony.

While he will never be rude, he will also never be fake.

He will never give you a fake smile to make you feel more comfortable.

He simply doesn’t care what you think of him. He doesn’t need anyone’s approval.

And boy, do I wish I could be like him.

As I logged off my computer, I shook my head at myself.

Once again, I had fallen into the trap I set all too often for myself — the trap where I think I need to care what others think of me.

If my 12-year-old were sitting beside me he would have rolled his eyes and said, “Mom, why do you care what they think of you? That’s a waste of time.”

At the end of the day, my 12-year-old’s view on the world is right and mine is wrong.

They don’t dictate who I actually am as a human, a parent, a community member, or a professional. I know who I am. I know how to let the right people see the real me. If people don’t like me, that’s on them.

It turns out my biggest takeaway from this week’s parent-teacher conference has nothing to do with my son’s performance in school but everything to do with what I can learn from him.

According to Dental Survey 59% of Y…

Some parents hold really strong feelings about saving baby teeth and I had no idea. The thought of keeping relics … Read More