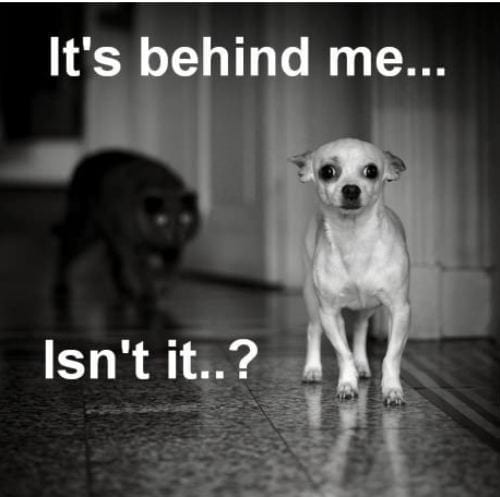 I have a hunch this will be the first post that gets me into widespread trouble, not that I don’t like trouble. Trouble can be exhilarating and fun especially when it ends with you being ejected from church for laughing or running down a busy street trying to catch the getaway car. Wondering what I’ve been up to, huh?

Anywho, I have a controversial confession to make. Unlike the millions of adorning fans out there, I absolutely detest cats. But let me clear something up right now. By detest, I do not step on the gas pedal and try to run them over when they’re in the middle of the road. I don’t wish harm upon them, and I’ve actually known (and owned) a few cats I liked. For the most part, however, I don’t connect with felines on any level. I’m one of those so-called dog people. I run with a pack. I bark. And yes, there are times when I bite. You’d never in a million years catch me meowing over anything, purring contently (my OCD and self-diagnosed adult ADD prohibit me from focusing long enough) or clawing someone. As such, I’m not a cat person.

The individual to blame for my aversion of felis catus is Stephen King. He just had to go and write that insanely twisted short story, Cat’s Eye, and ruin any real chance I had at finding peace with cats. Like the writing wasn’t enough, the story was turned into a movie in 1985. I watched it just once and was ruined forever. If you’ve never seen it, where the hell have you been? It’s a cult classic and a mother-wrecking ride through hell.

In it, a troll-like demon thing is shown crawling out of a wall, jumping on top of a tiny girl and sucking the breath out of her. I have issues with that – big “You will now need to be medicated forever” issues. For years, I believed the cat was to blame. Years upon years I hated that cat. I thought he was the root of all evils; in the context of the story and movie not life itself because that would just be nuts and I’m not ready to admit that I’ve crossed over.

Like a crazed lunatic (okay, I admit it), I’ve even spent time researching the notion that cats steal the breath from babies. Supposedly, this is an urban legend. According to About.com Guide, David Emery, the shape of a cat’s mouth alone makes it nearly impossible for them to commit such a heinous act. He also says, “If the cat’s in the cradle, it probably isn’t looking for anything other than a comfy place to snooze.” You better be right, Dave. Let’s hope you weren’t high on catnip when you wrote this piece (which is awesome, BTW).

Sucking breath aside, I’m still not a cat fan. I don’t trust cats. I find many to be calculating, devious and crazy like Mel Gibson with a six-pack. Seven years ago I adopted an adult female in an attempt to make the kids happy. We had her home no more than an hour and she went completely psycho. Remember the little girl in Poltergeist? Yeah, that scary. She made these awful growling, satanic sounds that no human should ever hear. And out of the blue she charged and attacked, over and over again as she ran like Edward Cullen around the house. Run. Attack. Run. Attack. It took the kids and me an hour to get her contained and safely back into her travel crate. It took only 10 seconds to decide she was being returned. We rolled that feline back like Wal-Mart.

So there you have it. I’m not a cat fan. Oh. The Bloggess actually inspired me to write this post – indirectly, we don’t actually pick op the phone and call each other although that would be cool as shit. The other day she posted this: I swear this isn’t directed at anyone. It’s totally okay to not like my cat pictures. I salute you, cat pic haters.

Which led me to find this: 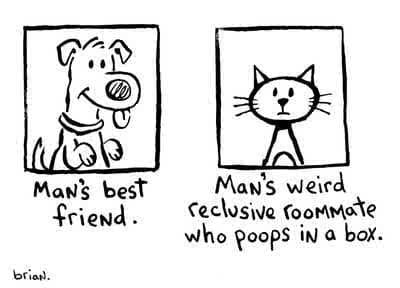 And the rest is history. Stephen King made me hate cats.


Teen Creates A Short Film About The…

As a parent, I have spent countless hours over the last 136 days of quarantine trying to find ways to … Read More

You know, as a mom, I feel like I have seen some shit. Literally. Each of my three kids has, … Read More