“Mom, can I sell lemonade today?”

I’ve been working on saying yes before no. No comes too easily when I’m tired or simply unmotivated. So when my animated son came bounding into the room with wild crazy eyes and begged for a lemonade stand, an exuberant, half-hearted “okay” fell out of my mouth. 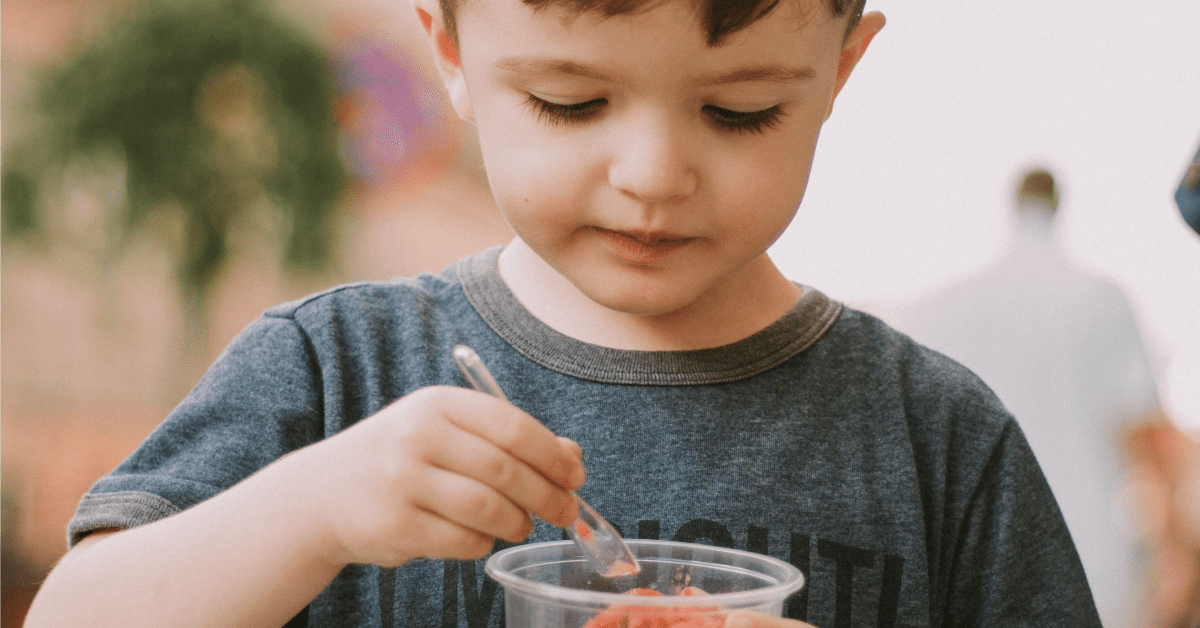 Let it be known that we have been in our new home for nine days. We are completely unpacked. I am ambitious and obviously slightly neurotic. We have also made an impressive five moves over the past two years spanning two countries and two states. I’m a pro at packing and purging so I know that I have absolutely nothing in the way of childhood lemonade accoutrements.

Hi ho, hi ho, It’s off to Target we go. I’m half excited now, because we’re going to Target and even my son knows that Mom gets a little thrill when we walk in to the home of the red and white bullseye. “Mom, let’s stay focused! We’re here for lemonade stuff!”

“I know, I know,” I say as I meander through aisles that clearly don’t lead to citrus bliss. I can’t help myself. We just moved! I throw in a few guest hand towels and one or two wants, not needs.

I find disposable cups. I opt for paper vs. plastic, the lesser of two evils – I have the environment to keep in mind. My son picks up some cookies along the way, which he claims he wants to sell along with the lemonade. He knows Target is my weakness. I know sugar is his. He also knows I’m a sucker. The cookies end up in the cart.

We make our way to the “lemonade” aisle, i.e. artificially flavored lemonesque granules. Here my conscience steps in. I won’t serve this swill to my son, so how can I possibly serve it to other little sentient beings. I opt for a raspberry lemonade powder sweetened with coconut sugar and stevia. The ingredient “stevia” should have stopped me in my tracks, but I figured it had to be better than its refined counterpart. I pop it in the cart and head towards the folding tables. A portable padded rectangular number would do the job.

Somewhere between the table and check out lane, we are derailed by the dreaded toy section. Displayed on an end-cap with birthday plates and cups is a cap gun, someone’s tortuous idea of a party favor. It catches my son’s eye. Weeks earlier, we spoke of my 70s old-school Wild West-style cap gun, complete with rolled paper caps. I reminisced about how I’d hammer the powdered bumps until just the right “smack” released the sweet smell of sulfur. You know how this escapade ends. My little blue-eyed gibbon is now the proud recipient of a party favor for a party that he didn’t even attend.

We head to the check out lanes. I spend a small fortune and my son quips, “Mom, let’s do the lemonade stand tomorrow. I want to play with my new cap gun.” I am secretly thrilled.

The $5 party favor is now broken and the dawn of a new day brings with it discussions of the lemonade stand. No more stalling; I can’t escape. I mix and blend what I am certain is the worst lemonade I have ever tasted. I can only hope that our consumers aren’t as discerning as I am.

My son runs out the door to scope out a spot, leaving me to haul a load that reasonable people would make in four separate trips. We set up. We wait. We see one car after the other avoid eye contact and move on. I try to keep up my son’s spirits and make excuses about our unfortunate decision to sell on a Monday in the middle of the day on a lousy street corner. He suggests we move to the other side of the street. I oblige and we observe the same egregious behavior. I think to myself, “I will never NOT buy a cup of lemonade from a kid again.”

We move AGAIN, now to a spot directly under a sign that says, “No stopping any time.” Yes, I selected this ridiculous location. We move back to our original spot – fourth move in less than 15 minutes. Patience and real estate clearly aren’t our strong suits. The lemonade is now dilute; my son has consumed half a dozen cookies and my earlobes are sweating. I am finally able to convince my son that we need to move to the park down the street. We/I pack up the car and hightail it over to the park. Within two minutes of setting up, the first minivan stops at our stand.

My son beams as two beautiful human beings present him with cold hard cash in exchange for a pinkish liquid that brings smiles to their faces. Moments later, another woman arrives and asks me if I can make change for a $20. Seriously? She obviously has a great deal of faith in our budding business. I never have cash on me, but on this day the gods are with me. I am able to scrounge up $18 and she and her daughter walk away with lemonade and cookies. Never mind that I overhear her say that it tastes like cough syrup to her daughter. It does. And yet the sales continue.

Within 10 minutes, we are dried up.

My son made a whopping $7. I lost $28. Never mind. We both shared priceless life lessons. “Yes” allowed my son to move through frustration and taste success at the ripe age of seven. He learned that a positive attitude, persistence, and tenacity pay off, eventually.

“Yes” imprinted a comical and beautiful mother and son memory. Perhaps it even planted an entrepreneurial seed in my son; a seed that might one day grow into a beanstalk leading to a world full of freshly squeezed lemonade.

I’m Ann sometimes confused with Mom. On one particularly well rested day,  I told the Universe to sock it to me. And she did. Be careful what you wish for and then embrace it. The fear of living off of a single income and of giving up my identity as a professional would be fears that were realized. I moved through them and today I have a job that makes corporate work look like a vacation. I’m homeschooling a little man with insane leadership skills and trying to take on motherhood in beast mode. It slays me on some days and fulfills me in a way that no first class intercontinental business trip or “attaboy” could ever provide. And so it continues, one Nerf battle at a time…http://www.isthatgreyhair.com/

Whether you’re a sports fan or not, you likely heard via social media about the USA Women’s Soccer Team competing … Read More

Editor’s note: After this post was written, it was discovered in a second post that Katie Kiacz said she actually … Read More