Filter Free Parents
Home Health + Wellness Different Needs The Doctors Nearly Killed My Girl Before We Got Her Autoimmune Encephalitis...

I flipped on her light and said, “Good Morning.” But she didn’t rise. I looked in the bed at my daughter, and she was there; but she wasn’t looking back at me.

She’d been sick for some time. But not like this. What had started as strep, morphed into behavioral problems and continued into seizures and paralysis.

I screamed her name. I rubbed her chest. I rushed her to the ER.

With rescue meds they stopped her seizure, but it’d still be another month before I brought her home.

I’d watch her lose her ability to swallow, stop being able to talk and struggle to take a step or even roll over. I’d fight with doctors and lock horns with insurance companies.

I’d hear from a doctor that if she were sucked into the engine of a plane there’d be a billable code to admit and treat her – but “for this there wasn’t.”

I’d watch blood be pulled from her body and cleansed, hoping to God I could pay for it and I’d sign for someone else’s blood to become hers. I’d eat from vending machines, sleep on a couch and wear the shirt shared off my sister’s back.

I’d feverishly research every medical term spoken, I’d read a thousand blogs and I’d call doctors all over the country and beg that they help.

And ultimately, I’d hear a doctor say, “we will do no more.” And in that moment, looking at my girl; unable to speak and reliant on a feeding tube I thought “this has got to be the bottom.” But I was wrong.

Two months later I’d rush her back to the hospital. Again, lifeless. This time her body wouldn’t stop seizing. 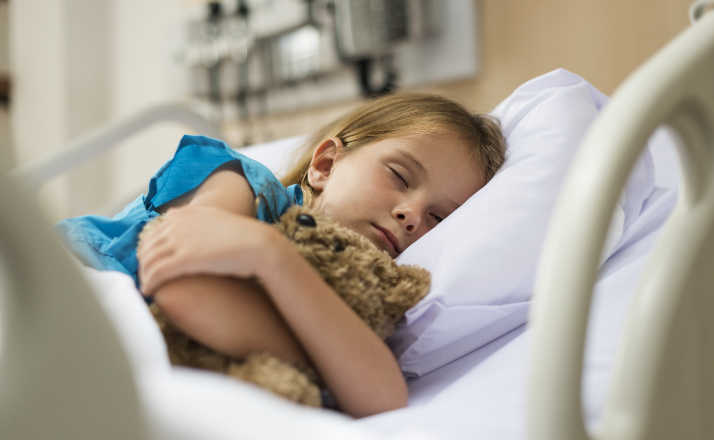 I remember thinking the whole way there “It can’t end this way, I didn’t say I love you to her last night.”

And by nothing short of a miracle that was ok. I talked to her neurologist and I knew this wasn’t it. The hospital stabilized her and with the force of an army I commanded she be transferred. I don’t know where the strength came from; because truthfully, I’d never been so tired, but she needed help. She needed me to fight and I wasn’t going to back down.

After 4 more days of hospital food and tireless advocacy her transfer was approved.
If only to get rid of us the hospital put her in an ambulance and took her an hour and a half away to Columbus.

We hadn’t been there 24 hours when a diagnosis of autoimmune encephalitis was confirmed.

We’d suspected that since it was first proposed a year before, but our local hospital fought it. And they fought it so hard I had begun doubting it, and doubting me, too. Afterall, they were the doctors. And I was just a mama. They had to know more.

There was nothing but relief when the doctor relayed his plan. In laymen’s terms he explained autoimmune encephalitis (AE) meant her immune system was attacking the brain.

He described it as “her brain on fire.” To stop it, we needed to suppress her immune system. He proposed chemotherapy that day, and an infusion of antibodies to follow.

This wasn’t a cure and would have to be repeated; but it could help my girl.

As the months progressed her speech would come back, her balance would improve, and she would no longer need a feeding tube. Her spunk would return, her independence would increase, and her seizures would decrease. Though they’d never go away.

Unfortunately, we’d learn that her seizures and disease process had done irreparable brain damage. Damage that could have been avoided with a timely diagnosis.

Her condition, AE is rare, but not unheard of.

And had doctors put medicine before insurance, and outcomes before egos; Gracie wouldn’t know it was like to be a prisoner in her own body and I wouldn’t know the pain of putting a child to bed with only a prayer they’ll rise.

In two years, I’ve learned so much about medicine, insurance billing and advocacy. Despite a career in communications I’ve become an expert in it all. Not because it’s my responsibility, none of it should be; but because I love a child who fights a rare disease, and she is.

People often ask how I do it. And truthfully, I don’t know. I was given these cards, not a choice.

And to the ego driven field of medicine, and commercialized industry of insurance I refuse to fold.

If there’s one thing parents know about toddlers it’s that you never quite know what to expect. One minute they … Read More

Woman Crochets the Weirdest, Most 2…

Finding JUST the right Halloween costume can really be a challenge. You want a costume that really represents you- something … Read More