I have three children, ages 12, 9, and 4, and let me tell you, they all go to bed at a regular time. It’s like the tide. The youngest goes to bed at 7 PM and the older two go to bed at 8PM. No one puts up a fuss because I’m basically the sandman with magic and what not and my children listen to all the words that come from my mouth.

Okay, so that was a huge lie. Bedtime is a joke.

It’s not a secret that putting kids to bed is like rolling a wiggling bolder into the bath tub, and then into pajamas, and finally into bed. Just the other night I actually screamed upstairs “YOU HAVE HAD ENOUGH HUGS!!” to my four year old.

I added that to my list of things I never thought I’d say as a parent.

And honestly, the real challenge isn’t my youngest. It’s the older two. Getting them to bed on time isn’t just as simple as getting them in the tub, and reading a story. They both have homework.

Tristan has soccer practice twice a week, and Norah has gymnastics once a week. They get home around 3:30 p.m., and between then and bedtime, it’s a maddening sprint of urging them to complete all their obligations, while they ask and ask and ask for screen time. 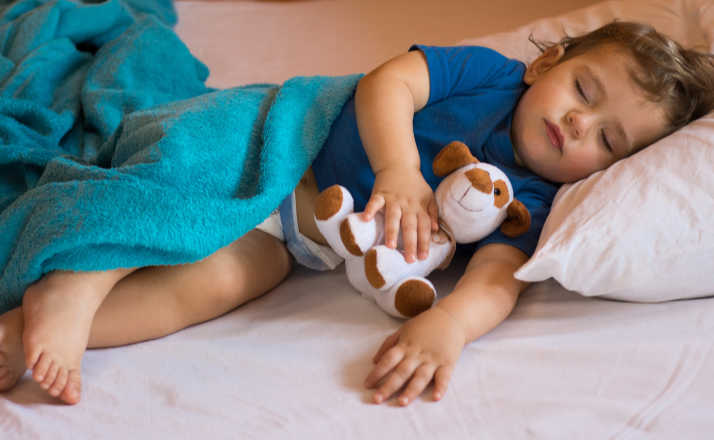 In order to get our kids to bed on time, sometimes we have to juggle homework during dinner.

It’s not unusual for the whole family to be at the table, eating dinner, my wife next to our son helping him with math, while I’m next to our daughter helping her with sentences, our four-year-old watching a tablet so she will be occupied.

I watched a lot of wholesome family comedies as a kid (Full House, Home Improvement…) and I can’t remember Tim Allen getting all red faced and screamy when his kids didn’t get to bed on time. He just hung out in the garage working on that hotrod.

Anyway, as if you didn’t need anymore reason to get your children to bed on time outside of a hot minute in the evening to watch your favorite show, People Magazine recently resurfaced a study from 2013.

A study from 2013 originally published in Pediatrics (that’s kind of a big deal) has resurfaced giving us more reasons to put our kids to bed on time.

Researchers at University College London looked at the sleep habits of more than 10,000 children — specifically, the times at which they went to bed. The children ranged between ages 3 and 7 years old. And what did they find? Well… no shocker, but there was an “…incremental worsening in behavioral scores as exposure through early childhood to not having regular bedtimes increased.”

That’s science speak for “the kids turned into jerks about like when a werewolf looks at the moon.”

It’s not a surprise science says to put your kids to bed on time or they will have behavioral issues, but it’s fuel for those people who give you a hard time about it.

Now listen, I don’t want to state the obvious, but anyone with children knows that when their child doesn’t get enough sleep they are either hyper, crabby, or both, so it really shouldn’t surprise any parent that jacking with a child’s sleep schedule is going to cause some issues.

But at the same time, we all have the in-law that gets all butt hurt when you leave an event early, or inform them that you won’t be attending a party, because of your child’s sleep routine. So next time that happens I give you permission to shove some science in your mother in laws face. 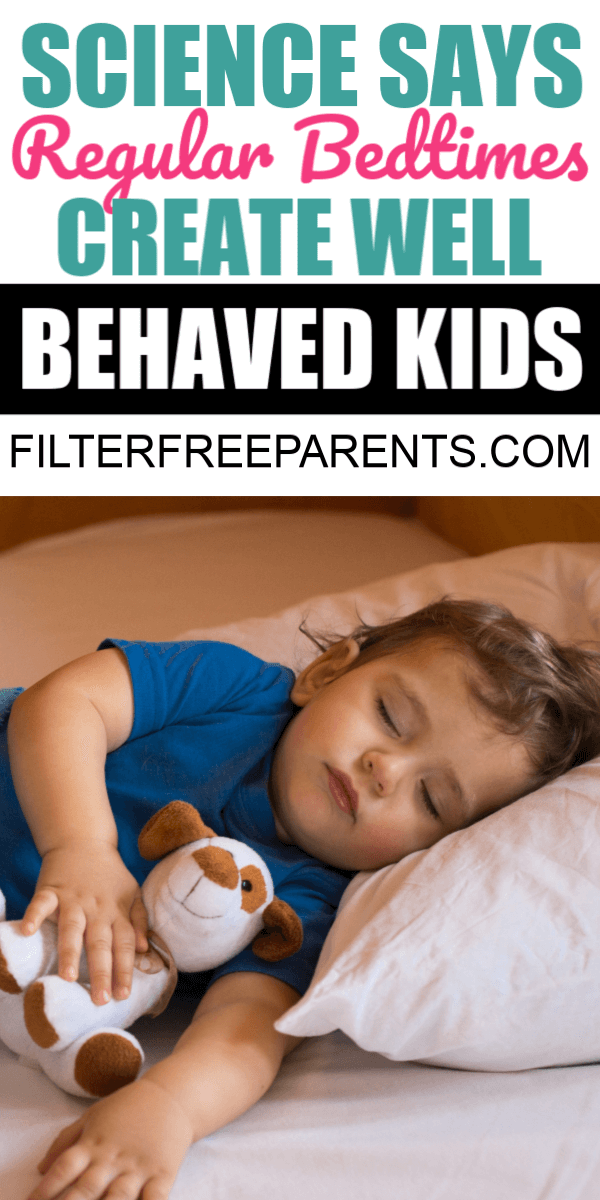 Obviously, this study looked at younger children, but for those of you further along, this study resurfacing is quite timely. In February the CDC weighed in on the topic of sleep in junior high and high school aged children. According to their National Youth Risk Behavior Survey, “A” students get an average of 30 more minutes of sleep per night (6.71 hours) when compared to “D” and “F” students (6.16 hours). Let’s be real, 30 minutes is a pretty small window of time. But apparently it’s pretty important.

The good people at Savvysleeper put together an interesting analysis of the CDC’s report on high school sleep habits. Children ages 13 to 18 should be getting 8 to 10 hour of sleep per night. However, 71% of children do not receive the recommended amount of sleep.

No surprise, the big killer of sleep is screen time.

Among high school students not getting enough sleep at night, roughly 1 in 3 admitted to spending between two and three hours watching TV on school days. While about 19 percent said they didn’t watch any TV on school days, 14 percent of students juggled their school workload, the possibility of extracurricular activities, and four hours (or more) of TV every night before finally making it to bed.

As for video games, among students not getting enough rest during the school week, roughly 28 percent spent over four hours on school nights playing video games.

If you are like me, I’m sure this all gave you pause. Just a few nights ago my son got his homework done right after school, ate an early dinner, and then went to soccer practice. He came home, took a shower, and BAM! It was already 8 p.m.

He’d done everything he was supposed to do, and I was proud of him, so I let him stay up an hour later to play games as a reward. But as it turns out, perhaps that isn’t the best strategy.

What this all boils down to is realizing the importance of sleep, and helping our children understand it as well.

And I get it: every time I tell my children to shut it all down and go to bed, they act like I’m a douchebag.  According to my 12-year-old, just saying good morning is enough for him to shoot daggers at me, so being angry at me really is just standard operating procedure.

Anyway, bottom line, this should give us all a little more motivation to stick to the bedtime routine because sleep for our kids really is the important.