Filter Free Parents
Home Mom Life Encouragement The Sibling Magic That Happens When Your Kids Play Together – Without...

It usually happens on Saturday mornings before 8 a.m. Or on that first warm spring day when they can play outside without coats. And sometimes in the winter, as they trudge through six inches of freshly fallen snow. It’s often unpredictable. And when it’s gone, it’s gone. But for a few minutes (sometimes even an hour), it’s magical. 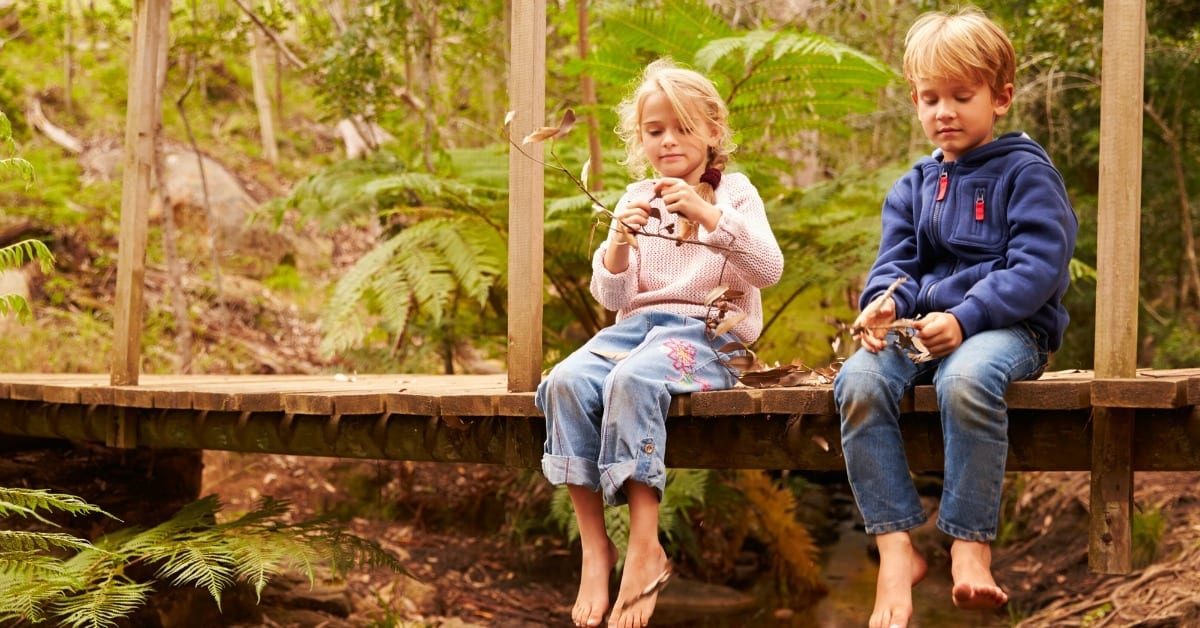 My kids are 9, 7, and 4. Two boys and one girl. Their personalities could not be more diverse. A bookworm of a boy who struggles to connect with his light-saber wielding brother. And a peace-loving daughter, who lives for playing pretend and house and family, is nestled between them.

So yeah, they fight. Pretty much every day. Sometimes from sun up to sun down. But every once in awhile, the stars align and fairy dust sprinkles over our house… and they don’t. Every once in a while—early on Saturdays, still in their pjs, or as they run outside to build a snow fort, they all play together. They create. They dream. They invent. And they cooperate as a team. And my heart grows three sizes as I listen from another room, careful to not interrupt, careful to preserve this beautiful thing for as long as I can.

Usually my oldest two—the 9-year-old and 7-year-old vie—for ringleader. It might be an elaborate village built out of boxes in the basement, or a band, complete with guitar, drummer, and singer/songwriter. I can hear my son dictating how the performance will go, or my daughter saying, “This box is the kitchen! I’ll make dinner!” and then my little guy—the 4-year-old—pipes in, desperate to assert his power in the circle, but oftentimes just copying off of what big brother and sister have already said.

It’s the magic that happens when your kids play together, without you. You have to catch it, because it can be fleeting. Little brother can knock down the cardboard kitchen with a lightsaber, and the game is over, ending in tears. Or someone’s gloves get wet and snow fort building isn’t as fun as it was ten minutes ago.

But maybe that’s the magic of it. The not knowing when it will happen. Or how long it will last. Or what they will create. And you can’t prompt it. It’s organic, mere chance, and may only require their brains and a little creativity.

For my kids, it happens without screens. (And that’s not a knock on technology — we are a video-game and iPad loving family.) But when the three of them come together, when their incredibly diverse personalities miraculously gel into one cohesive activity, it’s usually around the simplest of games. Something I would have played as a child of the 80s. An elaborate game of tag. Or hide and seek. Or creating a scavenger hunt throughout all the rooms of the house.

I am a firm believer in letting my kids entertain themselves. I am not their primary source of entertainment, nor should I be. Do we read, play the occasional board game, and do puzzles? Yes. Pictionary and Family Feud are Friday night favorites. But every day, sometimes for a good part of the day, my three children are left to their own devices. Or imaginations. (Hopefully the latter.)

And what they do with that time might be playing video games. Or watching three episodes of Loud House. Sometimes it’s really just vegging out on the couch and leaving Mom in peace to do any of the 895 things she has on her to-do list.

But oftentimes it’s more than that. And those are the days—moments even— that I wish I could bottle up and preserve forever. As we continue to edge closer and closer to the adolescent years, I know that this time is fleeting. These years of childhood innocence, when making a band and singing in the basement for Mom and Dad is how they want to spend a rainy Saturday. These are the years of childhood magic.

And I’ll tell you, I’ve tried. I’ve wondered how I can freeze time. To stop them from growing up and growing out of this, out of each other. But I know I can’t. So for now, I’ll creep around the corner on those unexpected Saturday mornings and listen with a proud heart as my kids—not yet big, but no longer little—just play. 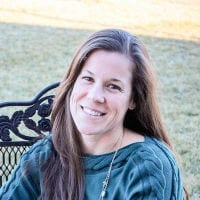 Karen Johnson writes at The 21st Century SAHM—a cathartic mix of Mama Bear rants and heartfelt confessions about motherhood. She is also a regular contributor to Babble, Her View From Home, Sammiches and Psych Meds (where she works as assistant editor), KC Parent Magazine, and Perfection Pending and is featured in several anthologies. Follow Karen on Facebook, Twitter, and Instagram.

Toddler Cooks All By Himself; …