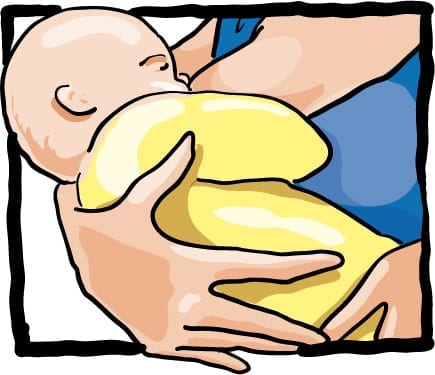 The Internet and social media sites were filled with images of mothers nursing their babies, such as these that UNICEF published, which are all very classy images and remind us all of the benefits of breastfeeding, particularly in third world countries, and for preterm babies, I would note.

I also saw some photos on Instagram and Facebook that, quite honestly, made me blush. And I can understand why some people would be uncomfortable.

But not for the reasons you are probably thinking.  I don’t think it’s gross or inappropriate to do in public. In fact, most women I see nursing their babies in public use blankets or other cute cover ups and are very modest anyway.  I think breastfeeding is wonderful and natural. (Although one time I did see what looked like a four year old hop up on his mama, and get right on up in there. That did make me feel uncomfortable, but to each their own!)

No, my reasons for not liking it are completely different.

It makes me sad to see another woman easily nurse her child.

It reminds me of my failures, of my loss, of an experience I was never able to enjoy.

Not all women really have a choice when it comes whether to breastfeed or not. Some of us have serious challenges.

I tried to breastfeed with all of my children, and was never successful with any of them. I could never have just popped my baby on and enjoyed the experience. It was hard, painful work, each and every time.

I struggled to produce milk. I tried every trick. Special teas, herbs such as Fenugreek, Blessed Thistle, Mothers Milk Tea; I increased my water intake, tried to get more sleep. I nursed more frequently and pumped between feedings. With my first, I gave up quickly. Our first week home, I sat in the recliner and nursed him for 30 minutes every hour all day long! He just could not get enough! I was cranky, he was cranky, and it was not a blissful situation. I wanted to make it for two weeks with no bottle. So I met that goal. After two weeks, I gave him a bottle of formula at his night time feeding and he slept five hours straight. We gladly moved to plan B – formula at night.

With my second, I had motivation to continue because she has a Milk Soy Protein Intolerance (MSPI) and we could not afford the formula. So I tried to keep with it. After months of painful, cracked and bleeding nipples effort, I finally increased my supply and was able to provide her 100% breast milk for 10 months.

Secondly, we had problems with latching.

We lived in Germany when my first child was born. There were no La Leche representatives, and the breastfeeding consultants were of very little help. They just gave me a nipple shield and that was about it.

I had the highest of hopes that I would finally have a normal nursing experience with my third child. I knew that, with effort, I could get my supply up. I was convinced I could figure out the latching issue, with help.  And then I panicked when I found out I was pregnant with twins! But, that did not turn out to be an issue, because I never had the chance to even try with one, as she sadly passed away after two days.

Due to the stress, high blood pressure, grief, skipping all pumping the first two crazy days in the NICU, my milk supply was drastically low again, but I was bound and determined to provide breast milk for my 1lb 10 oz preemie fighting for her life. I did whatever it took to produce milk for her. I pumped every two hours, round the clock, for weeks. And after a month of full on dedication, I was rewarded with an increase in supply.  Ironically, my little preemie had the strongest suck and latch thus far, but she could not figure out how to suck, swallow, and breathe together. So, I was denied the opportunity to nurse her. But I did pump until she was nine months old.

No one ever told me that nursing could be so hard. So when I see a mother just pop a baby on that boob, with little to no effort, it makes me sad and it makes me envious. I will never have that experience.

I support the right to nurse in public. I support the science behind the benefits of breast milk over formula (particularly for preemies.) But I do not support the backlash against women who chose not to nurse their baby. There may be more to the story than you realize.

And for those of you who do not like to see breastfeeding in public, stay inside on August 15th – it is National Public Display of Breastfeeding Day! 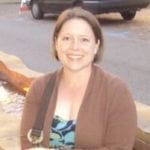 Alexa B. is the mother of four beautiful children, three on earth and one in Heaven.  She blogs as “Kat Biggie” at “No Holding Back” which was started primarily as an outlet for her grief after the loss of one of her twin daughters. Alexa’s goal is to bring more awareness to Twin to Twin Transfusion Syndrome (TTTS) and provide hope to other grieving mothers. Her blog also chronicles her adventures as a stay at home mom.  Alexa is a wife, mother, writer, advocate, and sometimes political activist. She can also be followed on Facebook (www.facebook.com/NoHoldingBack1212) and Twitter (@katbiggie).

After A THIRD Chicken Nugget Recall…

There are two things that most kids absolutely love: dinosaurs and chicken nuggets. But if you’ve seen Jurassic Park, you … Read More