I saw a friend I hadn’t seen in a while today. We chatted and hugged and she laughed and said “I can’t believe I’m seeing you out in public with no makeup and tennis shoes. Who even are you anymore?”

I laughed because it’s true. In a past life, in a galaxy far far away, I was the girl who only wore wedges and trendy tops.

“Yeah, Something about that third baby really forced me to let myself go,”

I said in a weird, squeaky voice, like a student about to give a major presentation after partying the night before instead of properly preparing. 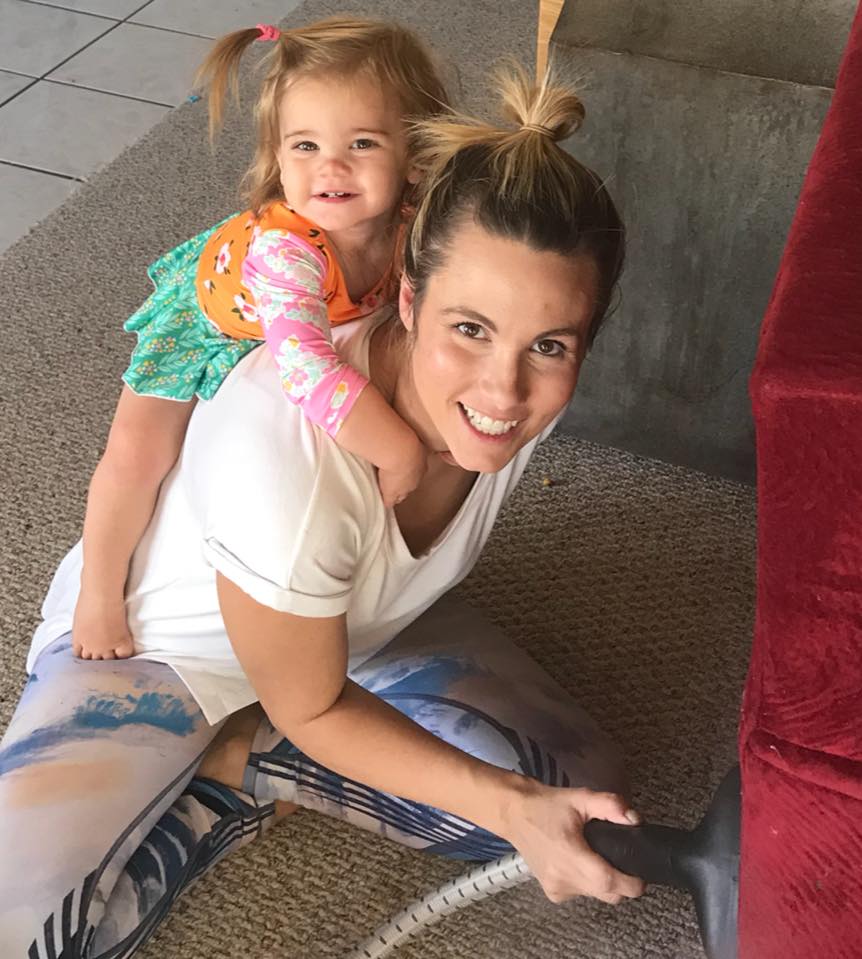 We chatted for another minute, about this and that and nothing important. We hugged, promised to grab lunch soon, knew we probably never would, and went our separate ways.

But I kept thinking about my words, they kept rolling through my head over and over that day and left me feeling like crap: “let myself go.”

I knew I didn’t look the same as I did before, but had I actually let myself go? Ten extra lbs and a messy bun would point to yes, but my heart screamed “HECK TO THE NO YOU HAVE NOT, GIRLFRIEND.”

I’m more confident now. I’m more sure of myself. I’m less likely to cry over a breakout, or miss out on a night with my girls because of dirty hair. I’m less likely to slip into a mild depression because someone decided they didn’t like me, or pile on the insecurity because I wasn’t invited to that party.

Truth is, I kind of like myself now, definitely more than I did before. I wouldn’t go back to that girl with the good hair for all the skinny jeans and skinny lattes in the world.

Why do we continue to use this phrase let myself go?

Why do we continue to call out moms and grown women just because they don’t care about keeping up with the Kardashians and the Taylor Swifts and the Barbie dolls of the world any longer?

If we step back and think about it and keep our JUDGEMENTAL MOUTHS SHUT, there’s a good chance we’ll find they haven’t let themselves go at all. There’s a good chance we’ll discover they have in fact found themselves and appreciated themselves and loved themselves and realized that who they are as a human has absolutely nothing to do with their fake eyelashes or their highlights or their giant leathery feathery earrings (which, I still love, by the way.), and absolutely everything to do with their heart, and their mind, and their soul.

So the next time you personally start to get down because YOU DON’T LOOK THE SAME, or dress the same, or feel the same as you did two/five/ten years ago, I hope you’ll remember this:

You have simply let go of stuff that isn’t important and traded it in for stuff that will leave a lasting legacy.

Put on makeup when you can, get your hair done when you find the time, pamper yourself, take care of yourself, splurge on a new outfit and don’t you dare feel bad about it for one second — just know that none of those outside things define you. Not anymore. They aren’t you. They are things, and there is a huge difference between the two.

You are more than just a pretty face.

You are you, and that can never be taken away.

I saw a friend I hadn’t seen in a while today. We chatted and hugged and she laughed and said “I can’t believe I’m…