Some of you ladies reading are lucky enough to have the love of a man who has no trouble using lovely words. It’s a stereotype to say that women are the only chatty ones in a relationship while the men avoid conversations like a plague. There are plenty of men out there who can express themselves beautifully.

That said, this stereotype contains a grain of truth in that some men are not the talking type.

Some of you may be in a relationship with that action-y type. Like me, you would have learned early on that trying to have a serious conversation drives him to take refuge in silence. Sometimes, you know what times I’m talking about, he’ll say pretty much exactly the wrong thing. (“You’re not fat honey. You’re just not skinny”) If you’re angling for a compliment here, you’re fishing in a thin puddle.

You respect how competent and hardworking your partner is. He’ll pick you flowers, just because, or bring home dinner fixings one night and give you a break. He’ll stay up into the wee hours, after a long day at work, fixing something you need fixed and then wake up bright and early to take the kids for you without complaint. His actions proclaim love loud and clear. But a spoken testament of love is just . . . not his thing. 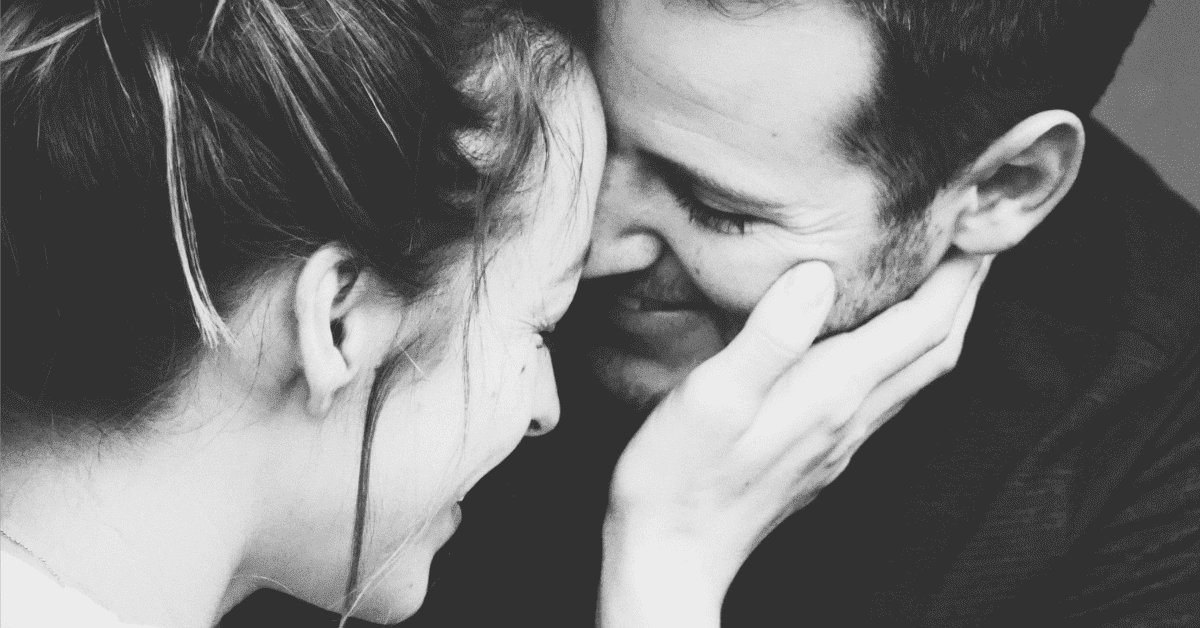 Some of the things he says can be annoying, baffling, or come out downright wrong. So for you ladies married to the “deeds, not words” type, I have some translations. The next time he puts his foot in his mouth, maybe these can help you get it out.

What he says: “Do you think you should be eating that?”

What he means: I worry about your health, and want you around with me for many healthy years. I want you to be happy with your body (by the way, I love your body, I wish you’d stop getting so down on yourself) and I know you’ll be angry with yourself for eating that later.

What he means: I know you’re capable of fixing this and I trust your intelligence. I’m not trying to say you’re stupid. I hate seeing anything hurt or bother you, and I want to take away whatever is making you unhappy. I forget that sometimes you’re just trying to tell me how you feel about this situation and I don’t have to give you a fix for everything.

What he says: “Did you double check the tire pressure and the oil like I said to? Why not?”

What he means: I love you and I don’t want anything to happen to you. I can’t control everything to keep you safe but I can take care of the little things that might prevent an accident.

What he says: “Don’t be so emotional/Is it that time of the month?”

What he means: If there’s a problem can we focus on the problem? I can’t think out a solution while you’re so upset, and I don’t know how to make you feel better. It’s like a perfect storm of frustration for me.

What he says: Nothing at all (especially after you asked him a rhetorical question like “are you ever going to put your dish in the dishwasher like I asked?”)

What he means: Whatever you just asked either annoys me, or I don’t know how to answer you. My default defensive reaction is to avoid it completely and hope you’ll forget about whatever it is. Or; the only answer I can think of is rude and I’d rather say nothing at all than be disrespectful. Every once in a while I don’t answer because I really was not listening. It’s up to you to figure out which one it is this time.

What he says: “Are you going to wear that?”

What he means: I know there’s nothing more deadly or stupid to do than say something you wear is not attractive, so I’m going to kind of sneak up on the edge of that thought by trying to get you to look carefully at this outfit before you leave the house. Without being so dumb as to say anything looks unflattering on you.

What he says: “Whatever you want, I don’t care.”

What he says: “You need to calm down.”

What he means: Total brain fart. I should know that never in the history of being told to calm down has a woman then calmed down. I’m sorry. That was the only thing I could think of in the heat of the moment.

S.E. White is an author and blogger, offering hope and humor on the long road to becoming a published author. She is a mom of three, ages 10, 4 and 16 months. The kids assist in the writing process by asking when dinner is and hitting the power button on the computer at random intervals. Her work can be found on sites like Her View From Home, Mamalode, Women on Writing and Parent.co.

Peloton Issues Urgent Recall On All…