Filter Free Parents
Home Kids What Is The Right of First Refusal In A Divorce?
In a divorce or custody matter, each parent is usually allocated parenting time with the minor children. No matter what the specified schedule is, the parenting time is for that parent and no one else.

When someone else is caring for the child during that time, the other parent has the option of the “right of first refusal.”

Many parents might drop the children off with a grandparent, a daycare, or their new partner during their time. If this is not part of the original agreement, another discussion should take place. 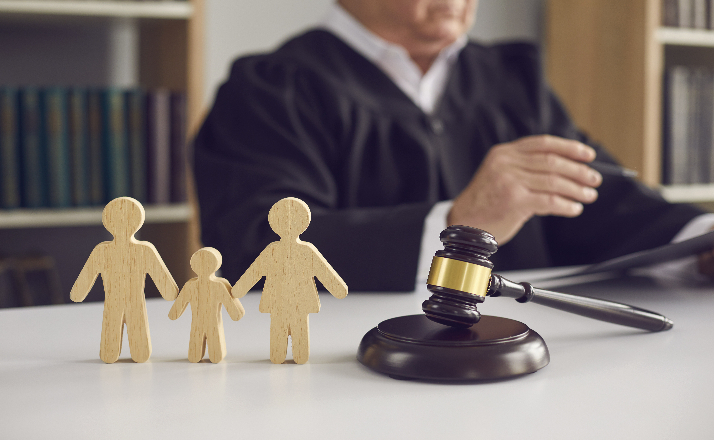 Some parents know they won’t be with their children and still ask for that time in order to reduce child support. Child support is usually determined by the parents’ incomes and the overnight visits the children will have with each parent.
But the parent has a duty to share if they won’t be the main caregiver during their time. The other parent then has the option to exercise their right of first refusal.
What does this actually mean? The parent who is not with the children should be asked to watch them before anyone else.

So, before they have a grandparent watch the kids for the day, they must call the other parent to see if they would like to watch the children.

If the other parent objects to a 3rd party watching the children, that parent must watch the child themselves. They should not just elect another 3rd party.

So, they cannot say, “I don’t trust your mother, I’m going to pick the kids up and put them in daycare.”

Of course, every parent knows you cannot watch your children constantly. It may be necessary to run to the store and have someone watch the children for a short time.

In these small windows of time, it is not necessary to alert the other parent to their right of first refusal.

The appointed parenting plan will usually have a time period where the right of first refusal must be offered. Four to twenty-four hours is the standard window of time depending on the ages of the children.

The right of first refusal does not apply if the child is in an enrichment activity.

School and extracurricular activities are not the absence of a parent for the purposes of exercising the right of first refusal.

Most parents never have to announce “I’m invoking the right of first refusal” because they are co-parenting maturely and effectively. It’s easier on everyone to communicate casually.

They could simply say “I have to work late on Thursday, do you mind if my mom picks up our child from preschool?”

Sadly, some parents are never able to communicate in a non-confrontational manner. Therefore, the right of first refusal clause in their parenting agreement is their best option for ensuring that children spend as much time with their parents as possible.
[Russell Knight is a divorce lawyer in Chicago, Illinois.]

Mom Delivers Own Baby On Side Of Road While Five Of Her Kids Wait In Van, Then Drives Herself Home


Mom Shares Story Of Her Son’s…