The dirt just kept piling on top of me, the walls closing in, snuffing out the last of the light. I could feel my heart racing, the panic that I was going to be buried alive with no one to hear my cries for help. My breath came in rushed, accelerated gasps as if I had just ran miles yet I was going nowhere fast.

I bolted up in bed, still gasping for air, looking around the darkened room in a panic. I was in my own bedroom, in my own bed surrounded by my husband and children, not confined to some dirt tomb as the earth swallowed me whole.

I quietly got out of the bed and crept into the darkened living room. I tried laying down on the couch but no matter where I laid I could not escape the panic of the walls closing in on me. I looked at the clock, seeing that in just a few hours I’d have to get up to put in another ten hour day with the commute and work day. Just the thought of facing the day ahead brought the tears to my eyes again.

I curled into a ball on the corner of the couch and let the darkness of the night hide the tears I never let anyone see in the light.

How much longer could I go on like this? The irony of the dream didn’t escape me. I was trapped in my own life, the expectations and obligations of my roles the walls that were closing in on me, the sense of doubt and failure the piles of dirt accumulating on top of me, crushing me under their weight to the point  that I was buried within my own existence.

I was here- day in and day out- putting in the hours at work, putting in the time at home to take care of the kids after school, here throughout the night with the baby that wouldn’t sleep that was surprisingly sleeping while I was the one awake in the middle of the night now. I put the mask on every morning- the angry, tough girl mask that didn’t give two hoots about much because no one could see or know about the girl that cried on her way into work, cried the few quiet moments she got alone in the shower at the end of the day, and sat here in the dark of the night with only her tears and fears as her comfort. 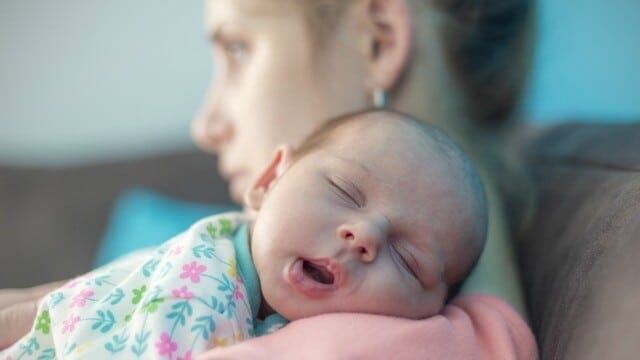 I looked at the clock again. I wasn’t doing it. I wasn’t going to go in. Though I had walked out of work earlier yesterday and straight into the OB’s office I was going to turn around and call in for today. I couldn’t do this anymore. I needed to take care of myself first before I could be the teacher, wife, mom, and everything else that everyone expected and needed me to be.

“You need to take some time for you. You should really be in touch with a counselor as soon as possible. Everything here points to post partum depression,” she had said to me.

“But I don’t think it’s the baby. I love the baby. Do you know what I went through to get this baby here? Two miscarriages and a scary, high anxiety pregnancy where they didn’t know what exactly the diagnosis was with his heart. It’s not him. I’m really happy he’s finally here.” I had told her between my tears.

“That’s good that you feel a strong connection to him. You’re not considering hurting him then, but what about yourself?” she asked.

I had debated on what all to disclose to her, and though I had gone through depression before with my other baby, this was suffocating to me in a way the last time hadn’t been. “Not really. The only crazy thing that’s crossed my mind was wrecking my car so I’d have a plausible excuse to take a break from work. Or losing it on one of my students so they’d have to get me out of the classroom for the time being.”

“You did the right thing by dropping everything and coming here. You don’t need to do those things to give yourself the break you obviously need. You have post partum depression and need to make getting yourself better your first priority before returning to work. I will give you a note for work.”

I left there, not sure if I felt better or worse for breaking down and seeking her help, not really convinced in taking the time I needed off work. I just came back from a four month maternity leave; we couldn’t financially survive without me working. I had to work.

Though I had my tangles with depression before though, this darkness was darker than anything I’d experienced before. How did I tell people it all was too much? How did I tell my husband or my boss that it all finally buried me? I had failed my own expectations; the realities of my working mom life swallowed me like a black pit of hell- obliterating all the goodness and hope I should have been feeling at finally having our baby boy with us- leaving me in dismay in a pile of my own ashes. I had maxed out my capabilities and the hit to the wall was shattering to my sense of self. My perfectly constructed mask that was hiding my fake it until I make it was shattering at my feet and the truth of what I was really capable of was about to be bared to all to face their acceptance or condemnation.

My family needed me though. They needed me at my best and though they would love me at my worst for them I would pick myself up off that couch again, put everything that was asking something of me aside, and follow through with getting the help I needed to get myself out of this dark hole I had fallen into. I would push through the darkness and find my way back to the light. My life was waiting for me to live it and I needed to find my way back to it.

People are Outraged that Resta…

One thing I regret from the times that I was pregnant was not taking pics of my growing belly. I … Read More