Filter Free Parents
Home Kids Elementary Yes, I Use Hand Sanitizer On My Kids. No It’s Not Your...

Recently, I had to deal with an unsolicited comment from the self-appointed parenting police who saw me sanitize my baby boy’s hands, and then felt the need to inform me that over-sanitization interferes with proper immune system development.

Sorry, did I just bathe him in Purell after he touched a blade of grass with his pinkie? No. Did I take an antibacterial wipe to his hands after he full-on molested a toilet seat in a public restroom? Yes.

Yes, folks, I clean my child after he’s had a germy AF encounter.

After he’s done something nasty or messed with something nasty. I’m not compromising his immune system when I lather on the sanitizer after he’s touched a receptacle for human feces. 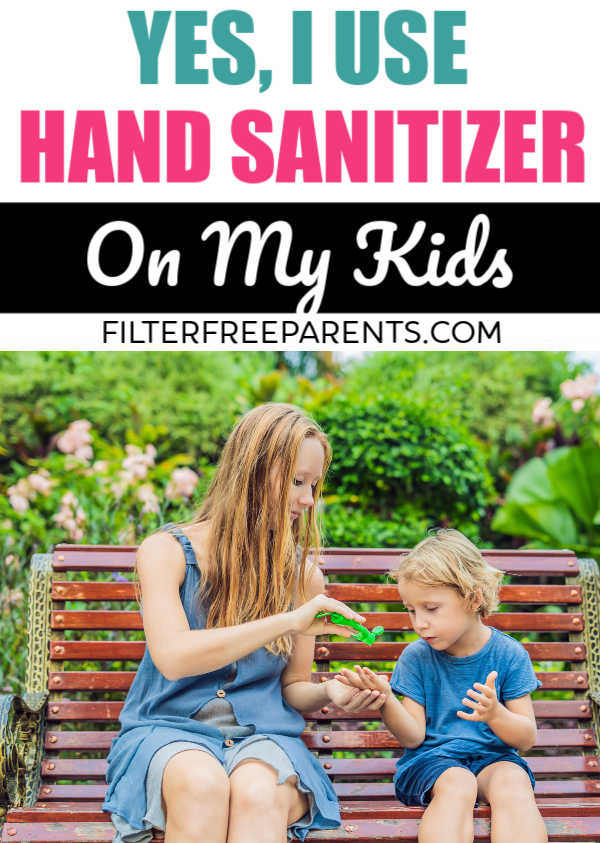 So, in that situation (or any situation), don’t feel the need to step in and tell me, “Exposure to germs strengthens baby’s immune system.” Sorry, no.

I mean, yes, exposure to germs it does strengthen his immune system… not arguing with that. But no, I’m not interested in exposing him to every illness, everyday, all the time. He gets enough of that already.

Strangers without boundaries, snotty kids at daycare, grocery store shopping carts… we’re all over that.

And, as a result, our baby (and therefore, the whole household), is sick on the regular. So, I have no interest in being extra when it comes to exposing him to “immunity-building” germs. Call me crazy, but I’d rather have at least a couple illness-free days each month.

Still, despite all the rampant colds we pass around in our house, as soon as someone sees the little green bottle o’ gel come out, they automatically think, “She’s one of those. Ruining her baby’s immunity.” Since when does carrying a little sanitizer around make you a freak? Why is it all or nothing?

It’s like, I’m either that parent with the dirty kid, or I’m that parent who sanitizes her baby too much. There’s a middle ground, too, folks… and – surprise, surprise – that’s where most of us reside!

Y’all, my kid gets dirty. Filthy, in fact. I don’t need the parenting police involved.

It astonishes me that I can clean black grime out from under his fingernails after a trip to the park – where, of course, all he wants to do is dig in the mulch instead of climb around on the playground equipment – and they’re somehow disgusting again five minutes later.

He’s all over any animal that he catches a glimpse of (domestic, wild, well-groomed, mangy… he doesn’t discriminate!), he loves trash cans (trash cans… where did I go wrong??), and if he sees food (but only food that’s on the ground) it’s in his mouth before I can blink.

Point being, the kid’s a germ magnet. I don’t love it, but I don’t freak out about it… I roll with it. I’m not an avoid-sickness-at-all-costs mom.

That said, I’m also not a let-him-get-every-germ-known-to-man mom. I’m an avoid-sickness-when-possible-so-we’re-not-miserable-every-damn-day mom. I don’t get it.

Take cold and flu season, we wash our hands a little extra this time of year.

Everyone buys into the hand washing thing during cold and flu season. But God forbid any mom pulls out some antibacterial gel, which does exactly the same thing (only better). 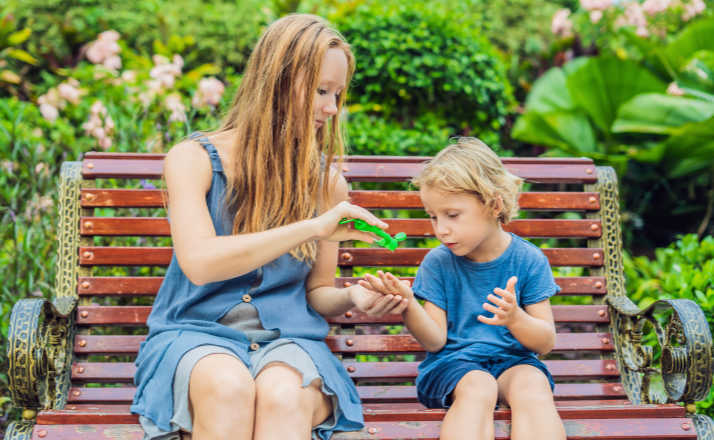 “No, no!” says the parenting police. “You’re hurting your child!” says the random person at Target. “You’re robbing him of a robust immune system!” says everyone who wasn’t asked.

Pediatricians even agree with me on this (thanks, docs, for validating my sanitization  rituals!). Newsflash: babies and toddlers whose hygiene routines include hand sanitizer have less cases of antibiotic use.

So, the next time you see me pull out the antibacterial wipes, please chill out. Don’t judge. Or, ya know what? Judge away, if that’s your jam. Just do it in your head and keep the comments to yourself.


Hey, Girlfriend- Bangs Are Not The …

Becoming a parent isn’t always a straight path. Sometimes the road to parenthood doesn’t look anything like you thought it … Read More

We’re told to “love the skin you’re in”, but for some that’s easier said than done. So many people are … Read More