The 12 weeks pregnant ultrasound is typically a combination of excitement and nerves for most pregnant women. For many expectant moms, an ultrasound at 12 weeks is the first time they get to see their baby. It’s a thrill!

The 12-week ultrasound (or for some women, it may be the 13-week pregnant ultrasound) can also be a screening exam for certain genetic conditions. Knowing that your baby’s health and development is being assessed can make this ultrasound a little nerve-wracking.

Why have a 12 weeks pregnant ultrasound?

The American College of Obstetrics & Gynecology recommends at least one standard ultrasound between 18-22 weeks of pregnancy. Many pregnant women and their providers elect to have an additional scan done at or around 12 weeks of pregnancy. But not all women choose to do so.

A screening exam will not definitively tell you if your baby has one of these conditions. Instead, if your results show an elevated risk, your doctor will likely perform additional tests to confirm or rule out such diagnoses.

A first trimester ultrasound can be used for more than just screening for genetic conditions.

Some women have irregular cycles or don’t know the date of their last menstrual period. An ultrasound around 12 weeks of pregnancy can confirm how many weeks pregnant you are. Your doctor could possibly revise your due date based on the findings.

Of course, if you’re really unsure when you conceived or the date of your last period, your doctor may not wait until you’re 12 weeks pregnant. He or she may recommend a dating ultrasound as early as six weeks of pregnancy. Fetal development begins to vary over time. Your doctor is unlikely to change your estimated due date based on any ultrasounds after 13 weeks of pregnancy. 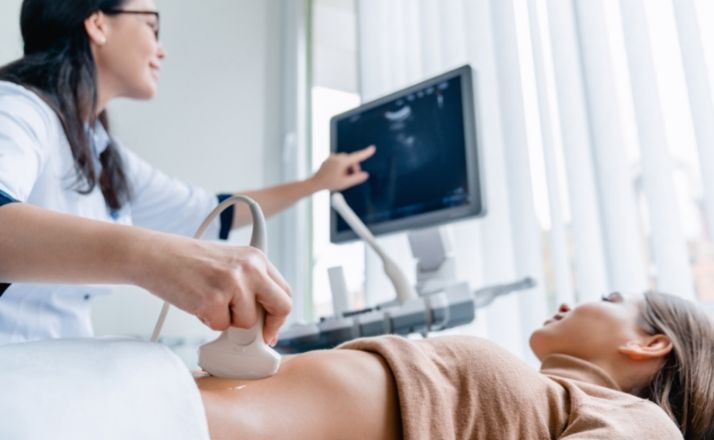 An ultrasound at 12 weeks of pregnancy is not a suitable replacement for a 20-week anatomy scan.

While many pregnant women are eager to have as many ultrasounds as their provider recommends, other women are less so. The scans can be relatively expensive, if not covered by insurance. They can also produce a lot of anxiety for some women.

Still, you should not skip your 20-week ultrasound or any of the other ultrasounds your provider recommends during pregnancy.

Even if you’ve had a 12 weeks pregnant ultrasound, pregnancy is a time of rapid change and development. Even though the 20-week anatomy scan occurs only 8 weeks later, dramatic changes will have taken place. Your baby’s organs are also far more easily visible at the 20-week ultrasound, which is why it’s so important.

Will my insurance cover my 12-week ultrasound scan?

Unfortunately, I have no idea. I have four children (and have been pregnant six times!) and the insurance situation was a little different each time.

I had what was considered “very good insurance” with my oldest (back in 2012). They still only covered the one standard anatomy scan at 20 weeks. A friend of mine, who was pregnant at the same time, had pretty lousy coverage. Yet, hers covered the 12 weeks pregnant ultrasound (plus a routine scan around 8 weeks and the anatomy scan at 20 weeks). It’s basically a crapshoot.

Be sure to contact your insurance provider as soon as possible. The only thing worse than insurance not covering a test is finding that out at the last minute (or even after the fact!). The good news is, in general, more insurance companies are covering earlier screening exams like the 12-week ultrasound.

In the end, whether to have an ultrasound performed at 12 weeks is up to you. Having all the relevant information ahead of time will ultimately make that decision a lot easier.