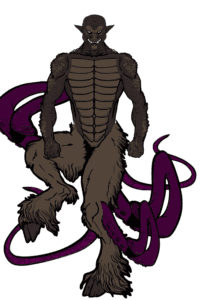 What if I told you that your kid has a set of super powers that mimic the likes of Clark Kent or Mister Fantastic? You’d say I’m crazy, right? Just a sleep deprived, delirious mama who has watched too many late night reruns. Well, I’m here to tell you that your kid does indeed have skills and abilities that rival Tommy from Mighty Morphin Power Rangers. They might not be able to shapeshift or move objects with their minds, but what they do harness is mind boggling (or just plain ole’ scary).

Here are six super powers every kid has:

Sonic Scream: After having an African Grey parrot in the house for a number of years, I didn’t think anything could scream louder. Then along came Aless. I haven’t figured out yet if this super power is isolated to girls (she’s the only mini-woman I’ve ever had to mother), but her screams are deafening (which brings us to our next power).

On-Demand Deafness: It’s true! One second they’re listening to you earnestly, absorbing every word, and then the next, especially if you’ve just asked them to do a chore or task, it’s like all sound absorption has been shut off. All you get is that look; that “I cannot hear you therefore I am Switzerland” look. Maybe we should call this one ESP, short for Extra Stupid Person (kidding, kidding).

Dirt Magnetism: I don’t know how they do it or why it happens, but kids will attract dirt and stains no matter how hard you try to keep them clean. You can lock them away in a white room with no liquids, earthly matter or food. They’ll find a way to get dirty because they are human dirt magnets. Dirt radiates to their beings.

Arm Duplication: I refer to this one as “octopus arms” and it pertains mostly to young children. Just when you think you have their two arms contained so you can change a diaper or prohibit them from grabbing at things on store shelves, it’s as if three or four more appear! There are arms everywhere and your efforts at containment are futile.

Time Manipulation: You need to be on time. You try to be on time. Kids, on the other hand, don’t deal in hours, seconds and minutes. To them, time is just a number. And they have this uncanny ability to manipulate time in a way that throws off your best intentions.

Omniscience: Never heard this word before? It means “to know anything and everything.” ‘Nuff said.

I am happy to report that there is one super power that kids do not possess, but moms everywhere can exhibit at the drop of a hat: firebreathing. When the dragon is unleashed, run!

What other super powers do kids possess?

If you’ve ever watched the television series, ‘Tidying up with Marie Kondo,’ or read the book, ‘The Life-Changing Magic of … Read More

Whelp, it’s that time of year again- a new school year is upon us! It’s always a mixed bag of … Read More

Parents Kiss Their Kids On The Lips…