TikTok can be a very fun place to hang out, even for us hopelessly antiquated side-parting/skinny-jean-wearing folk.

It has tons of hilarious content, & practically guarantees cackles of laughter & the app’s eventual reminder that “maybe it’s time for a break!” (Been there at 2am, many, many times).

But along with TikTok’s sweet dance moves, hysterical audio clips, & addictive tendencies, it’s also got a slightly darker side: the trends.

And were not talking the “bashing us older folk for wearing side-parts & skinny jeans” movement, although that stings. We’re talking the more disturbing trends, such as the infamous Tide Pod challenge, the #NewTeacherChallenge, or the tragically dangerous Blackout challenge.

The newest rumor circulating on TikTok involves a rumor that April 24th has been declared “National Rape Day”; whether fact or fiction, this is one of the sickest Internet trends to date. 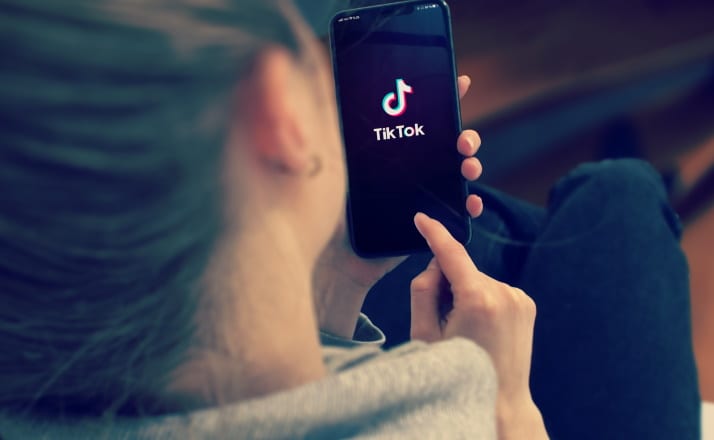 Yes, you read that correctly. Just like there’s “National Pet Day”, & “National Cheese Day” (one of my particular favorites), some nasty cellar-dwelling trolls are allegedly trying to make “National Rape Day” a thing.

And trolls are exactly why we can’t have nice things like Tiktok without the threat of sexual harassment/assault looming over us all.

Where did this disgusting rumor arise from? No one is certain of the idea’s exact origin, but according to Newsweek,

a group of men have declared April 24 a “national day” for carrying out rape and sexual assault.

Whether this “movement” was intended to be a joke or not, it’s safe to say that this is one of the most appallingly tasteless & awful trends thus far… and considering that social media had convinced some kids to munch down on laundry detergent cubes, that’s saying a lot.

Like many trending topics, the hashtag #april24 has taken on a life of it’s own & discussions about “National Rape Day” have been sweeping across TikTok.

Obviously, sane human beings are vehemently OPPOSED to sexual violence, much less the notion of a designated day which glorifies such things- and that’s a key part of why #April24 is currently trending.

Many well-meaning TikTok users have uploaded their own videos warning others of this alarming April 24th rumor:

As user @la.tania.ftn2 points out, it’s a tragic reality that sexual assault happens on a daily basis in our country anyway… without people trying to make a “special day” for it to occur.

Rape isn’t a joking matter, ever. So even if the original TikTok trolls were being facetious about their plans for April 24th, it’s still a sick, horrible thing to make light of.

Joke or not, that shit’s not funny. Some shit shouldn’t be joked about.

Nailed it, lilbishybish. Our thoughts exactly.

Other TikTok users are making it abundantly clear how they will handle anyone who attempts to assault a would-be victim on April 24th.

While it’s admirable that there are so many TikTok users willing to step up & defend the safety of women everywhere, it’s sad that social media has been used to propagate such a disgusting, scary message in the first place.

Although the original video clips promoting “National Rape Day” seem to have been deleted, their message is concerning enough that people can’t afford NOT to take it seriously.

Maybe it was intended to be a joke (and we could spend all day trying to decipher the pathology of someone who thinks it’s funny), but the risk of even one woman being harmed by such a sick joke is unbearable.

Not only should people be aware of the possible implications of the #April24 rumor circulating on social media, but parents are once again reminded that Tiktok challenges are often inappropriate and just plain SCARY.

And a note to anyone who even thinks of making “National Rape Day” a thing; while TikTok may have seemed like a place to stir some shit up, Twitter’s coming for you. Hard.

Change of plans. April 24th is no longer "National R@pê Day". It is now National Castrate Men Day. You mother fuckers have been warned. #April24 pic.twitter.com/nxIF3lFwf4


House Listing Goes Viral With Its &…