We hear a lot about kale these days, right? Kale is supposed to be a super-food: a dark leafy, green powerhouse that’s chock-full of vitamins, calcium, and fiber. It’s also got lots of minerals & antioxidants, all the things you need to live a long & healthy life!

Even if you didn’t know all of that, you probably knew that kale was probably good for you, because they keep jamming it into any kind of meal possible. Want a banana smoothie? How about a healthier kale-banana smoothie?

Having a PB&J sandwich? Make that sandwich a bit healthier by throwing some kale in it (I didn’t say it would taste good, but it would be healthier, so there’s that)!

Kale has a way of worming its leafy way into all things that are otherwise good. And the rest of us have tolerated it- until now.

We get it- it’s healthy. But there are some sacred areas of life in which kale should not ever, ever dare to tread…

Kale has managed to sneak its leafy, creepy claws into the holidays as well, because kale candy canes are officially on the market.

Yup- kale candy canes are now a thing. Why are they a thing???

The flavor was created by the Archie McPhee company, whose tagline is very appropriately “We make weird”.

This is not the company’s first venture into unorthodox candy cane flavors, mind you. They also sell mac & cheese flavored canes and ham-flavored canes… which oddly would probably pair quite well together.

There’s also a pizza-flavored candy cane (sign me UP!), pickle flavored, bacon flavored, and even a clam candy cane for seafood lovers out there.

The kale candy canes are white and green-striped, but don’t make the mistake of thinking the green is mint. It’s kale. Or kale-flavored, anyway.

The rub is: the kale flavoring is simply flavoring, without the nutritional benefit of actual kale.

As the product description explains:

This set of six Kale Candy Canes gives you the flavor of kale with none of the dietary benefits.

Oh, great! So you can experience the musty, bitter taste of greens WITHOUT the health benefits?? Happy holidays, people!

Yes, they are meant to be tongue-in-cheek (though no kale cane is getting anywhere near my tongue), but not everyone is a fan.

In fact, some people had some rather… intense reactions to the idea of kale candy canes being part of their holiday festivities;

Me too, Mjollnir Li. ME TOO.

Just think of the dear, innocent children… (though it would be pretty damn hilarious to get a look at a kid’s first lick of these monstrosities!)

Thanks for nothing, Grinch of the Greens. 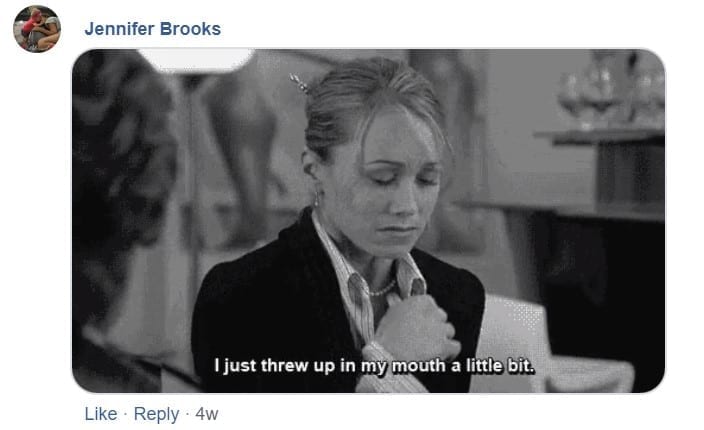 Bet it tastes similar to these kale canes… just saying…

I’m with him. JUST.SAY.NO. to Christmas kale.

Holidays should be about excess carb & sugar consumption. Not kale.

Well, there’s ONE perk, I guess?

Some dark things should never be brought to light. Or to Christmas parties.

While people clearly aren’t feeling the kale-flavored canes, that’s exactly the point. They’re not meant to be taken seriously; the whimsy of the flavor is what makes it (grossly) fun.

Think of the sheer delight of watching a kid lick one of these canes, expecting minty, sugary goodness… only to find their least favorite dinner veggie waiting.

Think of the vegans in your life! What joy these green monstrosities could bring them!

The candy canes are sold in packs of 6 for a mere $6.50- you can pick yourself up a few boxes of holiday greenery right here at Archie McPhee’s.

And look at it this way; if you’re emphatically anti-kale, there’s always tons of other candy cane flavors abound during the holidays. Pick up a box of some ham-flavored candy canes for the meat-lover in your life today!