Smart devices and apps have completely changed the world of gaming. Back in the day, you used to need a console and a video game cartridge to enter the world of Super Mario Brothers, Sonic The Hedgehog, and Galaga.

Friday nights meant standing in front of the Super Nintendo game shelves at Blockbuster, praying to the game gods that Final Fantasy III was in stock. And being perpetually disappointed when it never was.

And while you can still use a gaming unit, you also now have the option to download a game in mere seconds from the app store.

With the magic of one-click shopping, you (or your child) can be playing the latest craze in gaming faster than you can say “Oh, yeah, Mario time!”

While many of these apps are “free” or close to it, they almost always include in-app purchases to maximize the experience.

If you’re not careful, these can quickly add up to some serious dough.

It’s all fun and games and magical coins until you get hit with a hefty bill and those coins equate to real, hard cash.

Jessica Johnson of Wilton, CT was shocked to discover that her 6-year-old son, George, secretly racked up over $16,000 in in-app purchases while playing his favorite game, Sonic Forces.

Over the course of one month, George bought add-on boosters — starting at $1.99 and going up to $99.99 PER PACK — that allowed him to access new characters and new levels.

Or a really fantastic trip touring the Greek Isles.

Or you could eat a pint of Haagen-Dazs Dulce de Leche ice cream EVERY DAY for 2,909.25 days.

George’s pricey little gaming dalliance occurred as his mom was working from home as a real estate broker during lockdown. 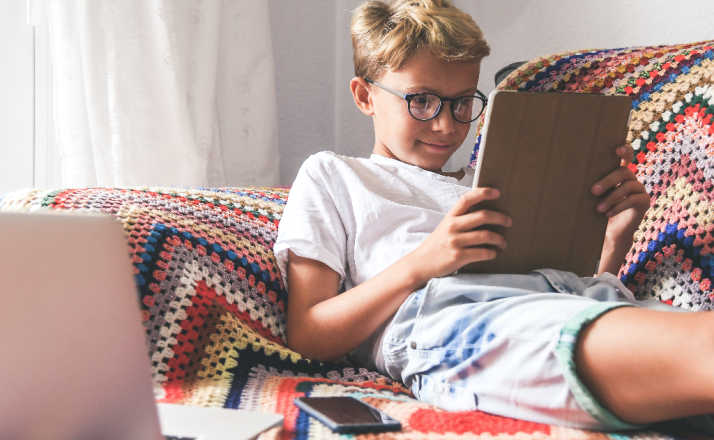 “It’s like my 6-year-old was doing lines of cocaine — and doing bigger and bigger hits.”

She isn’t wrong. In 2018, the World Health Organization added “gaming disorder” to its medical reference book, International Classification of Diseases.

You would think that George’s one-day of living the virtual high life would have been enough to warrant a call from her bank questioning the charges.

It wasn’t until she started seeing large random withdrawals (to the sum of $500 and more) from Apple and Paypal on her Chase account that she began to think something was up.

She contacted the bank assuming that it was fraud. At this point, she had no idea that George was the “sonic force” behind the exorbitant charges.

“The way the charges get bundled made it almost impossible [to figure out that] they were from a game.”

Three months later, Chase finally got around to informing her that the charges were, in fact, legitimate and that she needed to contact Apple.

It was only when Apple ran through “a buried running list of all the charges” and she noticed a Sonic icon that she realized what had really happened.

Apple’s response was less than sympathetic.

Jessica admits that she didn’t have any preventative settings on her iPad in place, claiming ignorance.

“Obviously, if I had known there was a setting for that, I wouldn’t have allowed my 6-year-old to run up nearly $20,000 in charges for virtual gold rings.”

Jessica isn’t the first parent to fall victim to in-app purchases unknowingly bought by her child and she likely won’t be the last.

She believes that the blame lies squarely on Apple’s shoulders, as well as the gaming companies. She claims that they are designed to be “predatory” and take advantage of children’s innocence.

“My son didn’t understand that the money was real. How could he? He’s playing a cartoon game in a world that he knows is not real. Why would the money be real to him? That would require a big cognitive leap.”

She warns other parents:

“Check your security settings. I’m appalled that this is even possible in these games and that Apple devices are not pre-set to prevent this.”

There are actions you can take to prevent this from happening to you.

You can require a password, fingerprint, or face recognition for App Store and iTunes purchases (including in-app purchases).

You can turn off in-app purchases completely. You can do this by going into Settings ->Screen Time ->and toggling on Content and Privacy Restrictions. Within iTunes & App Store Purchases you can block ALL in-app purchases.

As for what happens now?

Jessica says that her family is scrambling to pay off the debt and the in-app purchase Grinch has stolen Christmas.

As for George? I highly doubt he’ll be playing “Sonic Forces” anytime soon. Or ever.

Mom Delivers Own Baby On Side Of Road While Five Of Her Kids Wait In Van, Then Drives Herself Home