Filter Free Parents
Home Relationships Friendship After My Divorce, I Unfriended Anyone Connected to My Ex. I’m Just...

The thing about divorce is that you lose so much more than the marriage.

Some friendships inevitably change despite any effort you put in.

People, especially friends look at you through a different lens even if it’s not intentional.

Nobody quite knows what to do with you when “couples” things arise.

Do they invite you? Leave you out? Ask you what makes your comfortable. The post-divorce dynamic can best be described as awkward AF.

And on top of that, you lose people who were a fixture in your life. No matter how much someone wants to be “Switzerland” in the whole situation, it’s easier said than done. Friendships are impacted in real life and on social media.

My ex and I had our own groups of friends but since we started dating in college, there were some mutual people we added to the mix.

He would hang with the boys; I would get to know the girls and we formed our own friendships within the same pool of people, in real life and online. However, when you exit a couple and become an individual, those mutual friendships can suffer. They absolutely did for me.

Here’s what I noticed. People associated with my ex would be nice to my face.

The hellos would be briefer. The obligatory small talk was painfully obvious.

They weren’t mean or disrespectful (that I knew of).

But I noticed that aspects of my life I shared on social media would always get back to my ex.

It could be anything from an innocuous Facebook post to my Match.com dating profile. There was a mole. At least one. Who knows how many?

I felt weird and maybe even a little bit violated because these weren’t peripheral people. They were a group I broke bread with. Traveled with. Built relationships with.

Was it more adult to ignore the bullshit and hold my head high pretending I didn’t care that my every move was being reported back? Or do I just shut it down by cutting people out of my life so they no longer have direct access to me?

I’m not sure there’s a right or wrong answer, but I went with the latter. For many reasons.

Even if the chatter was not meant to be spiteful or tattle tale-ish, I was a grown woman climbing out of the destruction of a of a divorce that gutted me.

It was daunting enough to get bikini wax in preparation for whatever newly single people do, so the last thing I needed was a peanut gallery waiting with popcorn to share bits and pieces of my life I shared with my “friends” online.

So, one day after another detailed report of every time I sneezed made its way back to my ex, I pulled a Dorinda Medley, Real Housewives move and did a virtual “CLIIIIIIP” to my Facebook friends list. 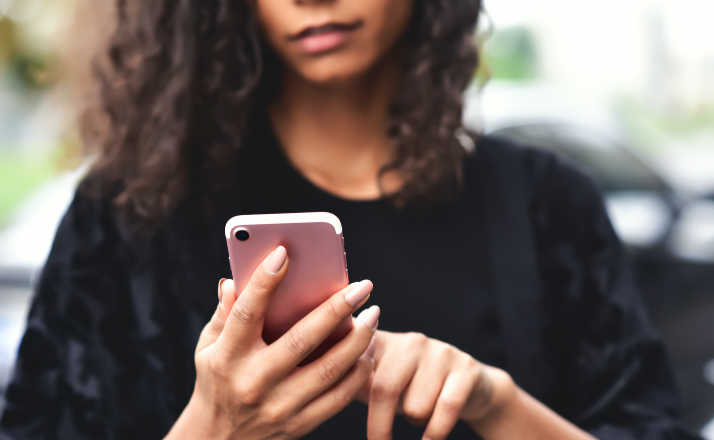 I had zero intention of conducting an investigation to find the mole. I was an exhausted single mother, with a toddler climbing up my ass while I tried on bras to find one that made my boobs look the least post-partumy.

I was tired and defeated and trying to fill my life with positivity, not bullshit. So I clipped ’em all from my Facebook friends list.

It was because I didn’t feel safe with any of them.

My heart was fragile and I was at my most vulnerable.

I was trying desperately to rebuild and find my identity along with my mojo.

That’s impossible to do when you feel like you have an audience that does not have any loyalty to you, watching your every move.

So if I had any doubt, they were out. And guess what happened once I made the decision and nixed them? There were no more breaches.

No more sharing of what I made for dinner or who I enjoyed it with. No more awkwardness having conversations with people in passing thinking, “Is it you? Are you the one sharing my every move with my ex?”

It was a clean break. It was necessary. And my only regret was waiting so long.

Back then I thought I’d be perceived as a bitch for mass defriending people on social media and in real life with no explanation.

I pretty much ghosted and who knows if/when any of them even noticed. But my decision was driven solely by the instinct to cushion my heart from more drama.

Building a little safe space around it so it couldn’t be picked at while it was still healing. I honestly don’t have a bad thing to say about any of the people who were part of my life during my first marriage.

I enjoyed their friendships. I made some great memories. But when I moved on, there was no space for people I couldn’t trust implicitly with my feelings and especially my heart.

Just know this. If someone ends a friendship after a divorce, it may not always be fueled by anger or an attempt to draw lines in the sand.

Sometimes it simply about self-preservation and eliminating noise that doesn’t allow you to fully heal and move on.

I wish more people understood that when seemingly fine friendships take a hit after a split.