Any military family can tell you that one of the biggest challenges to having a parent deployed is how hard it can be on the kids.

But one family found a clever way to beat the system. But before you read on, be ready to grab a tissue because this heartwarming story will make your face wet.

Major Peter DeCrans has been in the military for over 20 years and has been deployed three different times. During his last deployment to the Middle East, his wife Cierra bought a Ring Doorbell to help secure the family home.

“That was a big deal to him,” Cierra told Ring’s Neighborhood Stories blog.

She explained that even though her husband was overseas it was still important to him to know that their home was safe while he was gone. One aspect of the Ring Doorbell is that the videos created by the doorbell camera are stored in a cloud.

And that’s when the family had an idea.

Cierra’s father mentioned that perhaps the kids could leave messages for their dad who was stationed in Kuwait. The realization made a huge impression on the kids and they immediately began leaving daily messages detailing their daily lives.

“You could just tell that it helped them deal with the deployment,” Cierra told Ring.

“They went up to doorbell, and they just knew that he was going to be on the other end.”

In the videos, which are about the cutest damn thing you’ll ever see, the son, 7-year-old Zerick, and daughter, 5-year-old Petroula, appear to stop at the door before and after school to say how much they love and miss their dad.

In one especially sweet interaction, Zerick excitedly explains that he finally learns how to ride his bike without training wheels. And on another video, Petroula is wearing a birthday crown and gown. 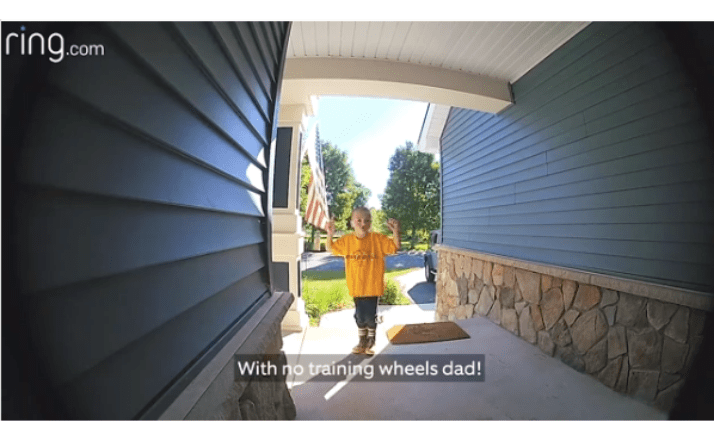 Major DeCrans was touched by all of the videos but missing his daughter’s birthday was tough.

“I was able to see that she was wearing a princess gown and bringing cookies to her classroom,” he told Ring. “You can’t be there, but you still feel connected.” 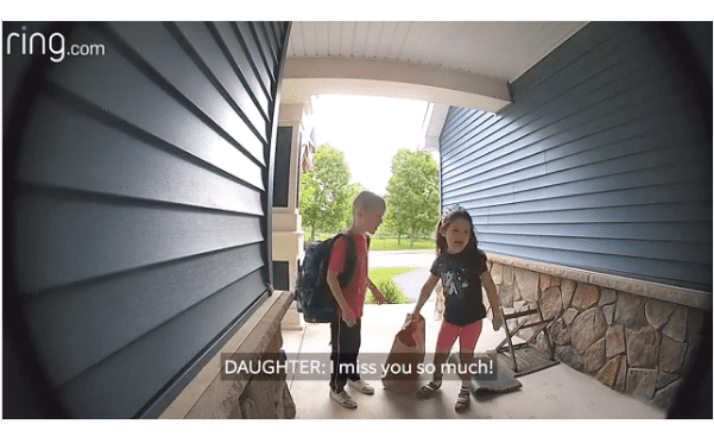 In one of our favorite interactions with the Ring Video Doorbell, Zerick walks up to the camera and bows his head down, and says, “Hi dad! I got a new haircut!” He rubs his head with a smile on his face.

And OMG this is too dang sweet! 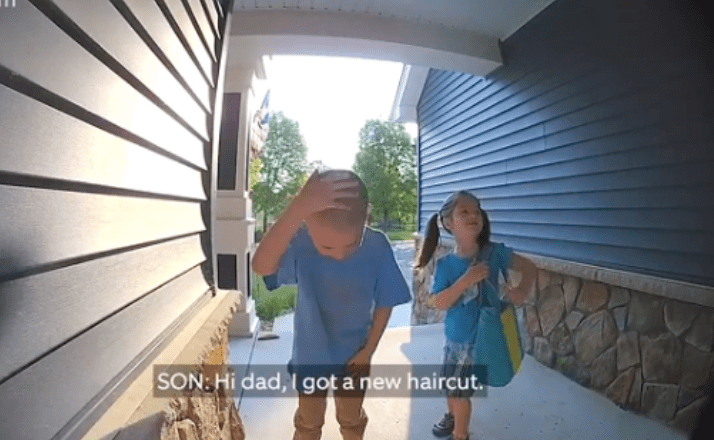 This family obviously loves each other very much and even though the dad is out there serving our country, he doesn’t have to miss out on the daily lives of his family.

Check out the whole video here, which is a series of adorable clips put together by the Ring Video Doorbell Neighborhood Stories blog.

Mom Sounds Off In Viral TikTok…


15 Funny Posts on Social Media From…

My Hero Husband Has COVID. Think Of…