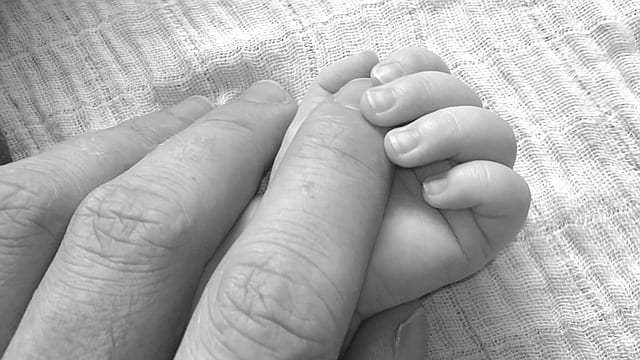 I write about kids and parenting a lot, but it might surprise you to know that I am not actually a mom; I’m an aunt – an aunt who has been very involved in my nieces and nephews lives and has helped raise them; a backup parent of sorts. So, I feel like I know my “mommy” stuff. While I’ve dealt with many mom type issues like rocking crying babies to sleep, sick kids, and tantrums in the store, I’ve never had to deal with the highly controversial issue facing all moms of babies – breastfeeding.

It sometimes seems crazy that breastfeeding has such a negative stigma attached to it. It’s the most natural thing in the world, next to pregnancy, yet there are still people who are off-put, even disgusted by the process. I would be lying if I didn’t say I was a little more than uncomfortable with the issue myself. My sister has had four kids and has breastfed each one, and my reaction to her taking out a boob and putting a baby on it has always been met with a “GEEZ cover up!” from me.

Why do I feel this way? It not like I don’t know what boobs look like since I have them, and they are far more useless than those of moms who are nourishing babies with them. And I’m not the only one who feels this way, there are countless other people who feel the same way. It’s crazy, right? There is actually a simple answer to this phenomena – socialized stigma. There is a whole history behind the stigma of breastfeeding, and it dates back to ancient times.

In the Egyptian, Roman and Greek empires breastfeeding became seen as too common of an activity for royalty to do it, so they would hire wet nurses to nurse their babies for them. Even centuries later this was practiced, and the “low class” idea spread to wealthy europeans. The

use of wet nurses within the upper classes spread and sustained until the 18th century when the use of wet nurses was believed to be contributing to the infant mortality rate. Wet nurses were usually low class women, and it was believed that they were passing on diseases to babies through their breast milk. From then all women were encouraged to nurse their own babies, but the stigma still remained. With the invention of formula in the late 19th century, bottle feeding was soon the prefered method of feeding babies.

Despite the lingering stigma against it, breastfeeding has began to make serious comeback in the last 20-30 years with extensive research being conducted and released to the overwhelming benefits of nursing babies.

According to an infographic by Bradley University, there are many health benefits to breastfeeding for the baby and the mom. Babies are able to receive vital nutrients and antibodies from colostrum, the pre-milk that is stored and consumed by newborns in the first 2-4 days after birth.  Once the mother’s milk comes in, it is naturally balanced with the right amount of nutrients needed for the growing infant. Studies suggest that there is a reduced risk of Sudden Infant Death Syndrome for babies who are breastfed for the first 6 to 23 months of their life. It is recommended to exclusively breastfeed babies for their first six months of life, and then begin to introduce more solid foods in addition to breast feeding. Children who were breastfed as babies may also benefit from healthier immune systems and BMIs, and better scholastic achievement.

There are also many preventative health aspects for the mother, and with preventative care being so important in the healthcare industry, women would be remiss to miss out on the benefits. Breastfeeding is said to reduce the chances of breast cancer by 6% and could significantly reduce the number of breast cancer related deaths each year. Breastfeeding also reduces the risks of ovarian cancer and type 2 diabetes, and is even said to combat the development of postpartum depression.

My sister has told me one of her favorite benefits of breastfeeding is the extra rest she gets. It takes a lot of time at night to make and warm up baby formula, and with multiple feedings each night, that is a lot of lost sleep. With breastfeeding, mom’s don’t have to take the extra time to make a bottle and can lay in bed with her baby and rest while baby feeds away, and as all parents know, all the extra rest you can get, the better! It’s also a huge money saver, as baby formula can be quite expensive. When you nurse your baby, you only have to spend money on food for yourself!

With the overwhelming benefits of breastfeeding, it’s easy to see why so many mothers are fighting to beat the stigma against it.  Now that I am more educated on it, I will do my best not to give the stink-eye to mothers nursing in public, as I probably involuntarily have in the past. Breastfeeding is gaining acceptance, and through education and understanding, hopefully mothers will begin to feel free to breastfeed in public without the fear of judgement.

Mila is a writer with a BA in English Linguistics living in beautiful Boise, ID. Her ambitions include traveling the world, studying languages, and taking pictures of her dog, Baymax. Connect with her on twitter and instagram!

If you’re a parent, then you know that kids and paper products go together like… well, kids and spills. Or … Read More

Inflation Will Cost Families an Ext…

I’m not an economist, but I can tell you that when I needed a green pepper last week, and my … Read More