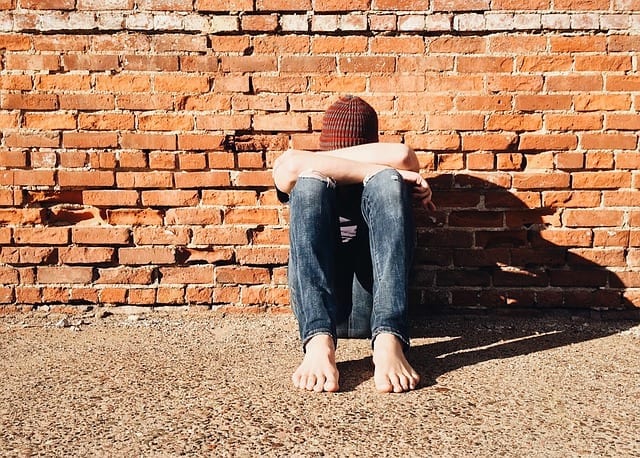 It’s back-to-school time, and kids and parents alike are looking forward to the new school year. There is a lot of fun and excitement leading up to the first day of school — picking out new clothes and school supplies and anticipating seeing friends — but there are also a lot of worries, and one of the biggest worries that parents worry about is bullying.

Bullying among kids has plagued schools since the beginning of formal education, but in recent years it has grown exponentially due to the internet. Whether you’re worried about your kids being bullied, or being the bullier, there are ways you can help combat bullying in their lives.

Why it’s Important to Stop Bullying

Most parents know the answer to this, but there are unfortunately still those out there who think that kids should just toughen up and deal with it. The current state of bullying and its encroaching into the online world have made it impossible to escape. No longer is bullying a problem confined to the halls of a school, and anywhere your kid has internet they are at risk.

It has become such a problem, bullying is now considered a public health issue, and rightfully so. The effects of bullying can have lasting emotional effects on a child that stay with them for the rest of their life, and due to the intricate relationship between mental and physical health, it can cause physical problems such as headaches, stomach aches, and insomnia right along with lifelong anxiety and depression. Combatting bullying should be high on every parent’s list of issues that need addressing.

How to Recognize Bullying

While everyone can recognize most public and verbal acts of bullying, in this day and age of cellphones, the internet and social media, it’s not always easy to catch. So how can you tell if your child is being bullied … or if they are the bully?

It breaks your heart to hear that your child is being bullied. As much as you want your child to always be open with you about troubles they are facing, oftentimes the victims of bullying tend to internalize their experiences and avoid going to adults in fear of repercussions — like their bully pursuing them even more. That being the case, here are some signs of bullying to look for in your child.

No one wants to think that their precious angel child could possibly be the instigator in a bullying situation. But, the unfortunate reality is that bullying exists, and someone’s kid has to be responsible — and they might just be your kid. Here are some signs that your kid might be a bully.

How Can We Help Stop Bullying?

The first step in the fight against bullying is recognizing it and addressing it. Once you’ve used the signs listed above to get an idea that your kid is either the victim or instigator, you can start watching for evidence to catch the act happening.

You can’t be at school with your kids to watch them, so you will need to talk to your children’s teachers and counselors about your suspicions, and ask them to watch and assess the situation. At home, you can be on the lookout for cyberbullying tactics by checking into your children’s phone and internet use. A lot of parents worry about doing this, as they want to respect their children’s privacy, but kids and teens alike need some boundaries when it comes to electronic media. You don’t have to check their devices and social media every day, but setting some rules and guidelines around their use is going to help keep them in check, and keep you in the loop.

For example, there is really no reason for an elementary school student to have a smartphone, or any social media access for that matter. As they get into junior high and high school, it’s a little harder to argue not having those things these days, but you can limit how much they can use. For any of your children, teaching them about using tech and social media responsibly is crucial to helping them prevent unwanted bullying situations, as well as just staying safe online. Require that they friend you on any social media they use, and also require that they have all privacy settings set to their highest settings.

Outside of your own kids, if you feel passionate about addressing and stopping bullying on a wider level, consider becoming a counselor. School counselors are vital in the battle against bullying, both as mediators and getting to issues on a deeper level; a lot of bullying is the result of unstable homes or intense self-doubt, and a school counselor can help kids who bully to understand why they feel the need act out like that and find different ways to work out personal frustrations. Counselors can be a safe place for victims of bullying to open up about what’s happening, and give them some constructive coping skills to help them overcome the damaging mental effects of bullying.

Bullying is not a light matter and should be taken very seriously by parents and school administrators everywhere. By working together to help kids be open and aware of their own feelings, as well as monitoring their school and online environments, we can hopefully help put an end to bullying everywhere.

—————————————–
Mila Sanchez is a very involved aunt to four kiddos and writer living in beautiful Boise, ID. Her ambitions include traveling the world, studying languages, and taking pictures of her dog, Baymax. Connect with her on twitter and instagram!

There’s A Birthie Stick That …