Filter Free Parents
Home Mom Life Do You Have A Permissive Parenting Style? Here’s How You Know.

In the world of raising kiddos, there are various parenting styles that we tend to gravitate toward, whether intentional or not. Permissive parenting is one of the currently trending, yet more controversial ways to raise a child.

Permissive parenting, also known as indulgent parenting, is a type of parenting style characterized by “low demands with high responsiveness.”

Permissive parents usually want to be viewed as a “friend” rather than a figure of authority. Although permissive parents are very responsive to a child’s emotional needs, they typically do not set limits or reinforce boundaries.

Permissive parenting is across the spectrum from helicopter parenting, where parents hover over a child’s every move—providing a ton of direction, discipline, and feedback.

According to clinical psychologist Diana Baumrind, who researched and described three of the four major parenting styles, permissive parents are “more responsive than they are demanding.

They’re nontraditional and lenient, do not require mature behavior, allow considerable self-regulation, and avoid confrontation.” If you’re still unsure of your parenting style, ask yourself:

If so, you are most likely practicing permissive parenting.

Permissive parenting should not be confused with free-range parenting, another laissez-faire parenting style but one with higher general expectations.

Here are several scenarios that can help you better determine if you are practicing permissive parenting:

Pros and Cons of Permissive Parenting

Although no one parenting style is perfect, permissive parenting is often frowned upon. 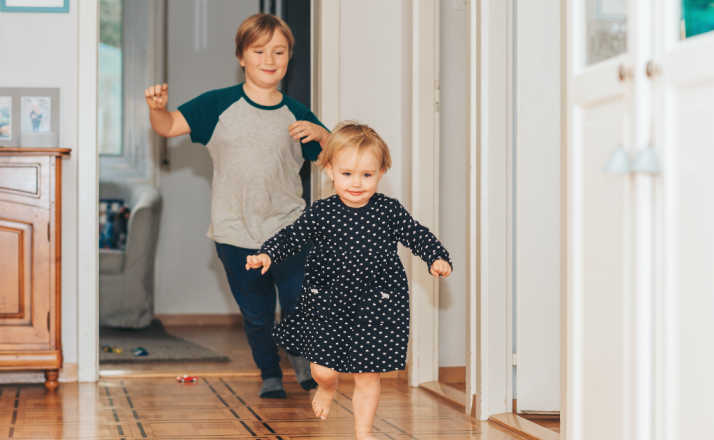 Researchers have found that the overly relaxed approach to parenting exhibited by permissive parents can lead to a variety of negative outcomes including:

“Children raised in permissive homes, where there is a lack of boundaries, limits, and structure, tend to have difficulties with self-discipline and self-regulation.

These children are often not held accountable for their actions and, as a result, may struggle socially and academically.

While the general consensus on permissive parenting is that it is bad, this style does have some positive aspects.

“While there are negative impacts of this style of parenting, permissive parents are said to be warm and nurturing. They are emotionally supportive and responsive to the needs of the child,” Zeichner explains.

One study showed that children raised by permissive parents scored equal to or better in the categories of self-esteem, competence, psychosocial maladjustment, and problem behaviors, compared to those whose parents followed an authoritative style.

There’s no one right way to parent, but if you tend to be an overly permissive parent, you might consider adding more structure and support.

Help your children understand your expectations and guidelines and be consistent about your enforcement of these rules.

And, don’t forget to reward good behavior. Positive reinforcement can help your child develop a positive self-esteem and grow up with the skills they need to succeed in life.

In 2004, 24-year-old Melissa Stockwell was a Second Lieutenant in the Army when she was deployed to Iraq. Three weeks … Read More

Yesterday, the news broke that Olivia Newton-John has died. She was 73 years old. Sob. As a card-carrying member of … Read More