My son is five and he’s as wild as a feral raccoon looking for food late at night in a dark garage. He’s boisterous. He’s clever. And he’s dramatic.

Now, most people don’t think of boys and say “Hey, he’s one dramatic boy”. But trust me when I tell you, dramatic boys exist.

Okay, to be fair, the kid may be learning some of his dramatic skills from his slightly eccentric, sensitive mother – me. I can be known to be a bit over-the-top at times and kids are nothing if not master observers. Be my kid a boy or not, the child is looking and learning. 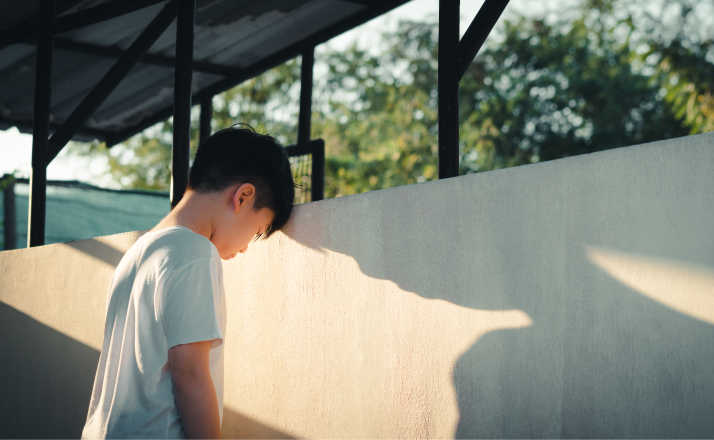 Dramatic Son Syndrome. It’s a thing, I shit you not.

Let me paint you a small picture. Picture it: my husband, son, and I are all sitting quietly in the living room, reading and playing on our electronic devices. The air is thin and quiet. Everything is as serene as a lake on a calm summer morning, when suddenly, the small child perks his head up to ask a question.

“Can I have a treat?” he asks all innocently, as if he isn’t ready for the answer that’s about to hit him, because he hasn’t lived in this house for the past five years.

“No, you can have lunch”, and BOOM! A hand grenade explodes in the room and the air becomes a thick fog. The child throws himself to the ground, unintelligibly whining how he ate breakfast five hours ago and didn’t get a treat then.

Feet stomp. Arms flop. Face contorts. He huffs and puffs like he’s going to blow the place down. When he finally gets up, he metaphorically flips his hair, and storms off.

If that’s not drama at its finest, I don’t know what is. The topic for the outburst was ridiculous, but the theatrics would probably gain him a Golden Globe nod. It was an excessive response to me wanting my kid to eat real food before junk.

Yes, I know all kids throw these kinds of tantrums and flip out over little things as if you’ve just told them the internet died. But it’s not just the reactions my son makes, it’s the pizzazz he puts into it. It’s never dull with him.

Like me, he responds to things with a little extra oomph.

Instead of replying yes to going skating, he yells it loudly so the neighbours can hear his joy. He doesn’t just cry about not getting his way, he throws a fit, like most children, and then he sulks, making sure we see his discontent, like that’s going to change our minds.

When he thinks he’s sick, he lies in bed with his arm draped over his forehead like a damsel in distress and begs for some water and maybe a candy to make him feel better.

My son looks for an audience and when it’s given, he puts on a show.

He’s in the limelight. He’s making his debut each and every time. He’s center stage, looking to show the world his tap and glamour.

The kid is nothing if not dramatic in life. Whether he gets that from me or not makes no difference. He’s a dramatic boy who play his cards for as long as he can. And while the dramatics may seem over-the-top – again, like his mom’s – he is unique and exciting and I wouldn’t change that part of him.


A Student’s Cry For Help On A…

A school bathroom is often the setting of all sorts of drama, teen angst, and shenanigans. But it can also … Read More