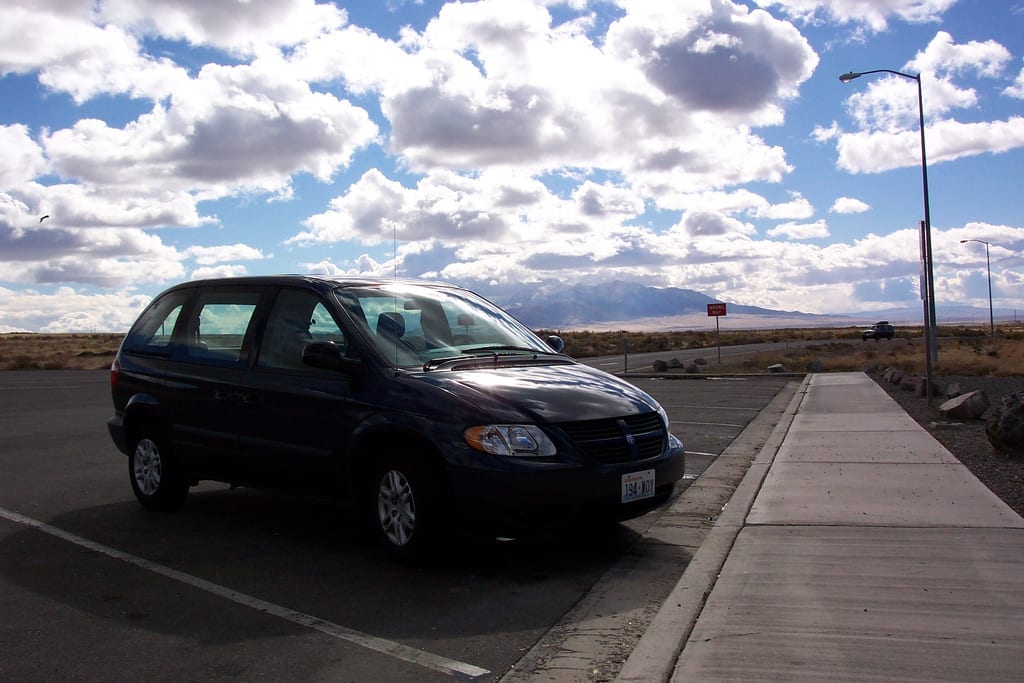 Across the globe, headlines are lighting up with stories of children dying after accidentally being left in hot vehicles. Most incidences involve parents – not babysitters, nannies, older siblings or other relatives. Moms and dads are forgetting their kiddos in hot vehicles and, quite frankly, it’s becoming an epidemic.

Let’s take a look at some recent headlines:

11-Month-Old Gabriella Luong Dies In Hot Car, Mother ‘Had Too Many Things On Her Mind’

Gabriella Gi-Ny Luong’s mother, Katie Luong, was thinking about other things as she drove to work Wednesday morning. The baby was asleep in her car seat, presumably in the backseat. Luong forgot to drop her off at the babysitter’s. She proceeded to work and left the baby in her SUV, completely forgetting that the infant was even there. She didn’t realize the baby was in the car the baby-sitter called her Wednesday afternoon.

Authorities in Iowa are trying to decide whether to file charges against a hospital CEO whose 7-month-old daughter died after being accidentally left in a minivan while she rushed off to attend meetings.

Reportedly, the 3-year-old had been left in a vehicle while his parents attended a funeral they were in town for. The mother and father drove in separate cars to the babysitters to drop off their children before they went to the funeral. It appears the victim was accidently left in the car while the other two children went in the residence of the babysitter. The parents left for the funeral thinking all the children were in the residence.

Seven-month-old Hayden Fish sat strapped in his car seat in the parking lot of Centennial High School while his father was inside grading papers. Investigators say Fish normally gives other children rides to school in addition to his own. But since school is out, Fish’s routine changed Thursday, causing him to forget his child was in the back of the van.

The words often associated with these parents are “distraught”, “tired”, “forgetful”, “too much on his/her mind”. In other words, they were too distracted to properly care for their children. For me, that’s a bunch of bull. If I listed all of the things I have on my mind and going wrong in my life right now, you’d wonder why I haven’t been placed in a padded cell. It’s because I have a job to do; a greater responsibility. It’s the silent oath I took when I gave birth to each of my children. They come before all else. No matter how jumbled my mind is at any given moment, they are my top priority. That’s just the way it is and the way it’s supposed to be.

In a recent article on Huffington Post, Lisa Belkin asks the question, “What Kind Of Parent Forgets A Child In A Broiling Car?” While she doesn’t outwardly defend these parents, she does quote Gene Weingarten who wrote a piece for the Washington Post (it later won a Pulitzer Prize) entitled Fatal Distraction: Forgetting a Child in the Backseat of a Car Is a Horrifying Mistake. Is It a Crime? He says:

I feel as if society is making excuses for these parents because they are not the classic crackheads, convicts or so-called monsters. If they were, I’m guessing that more people would be condemning them. It’s like herd mentality gone awry. I’m on the opposite side of the fence trying to rationalize, make excuses for or say “It’s okay” to these parents – I don’t care who won a writing award in a show of support.

I understand that we’re all human. I get that. We make mistakes. We have accidents. And not one of us is perfect. I’m far from the martyr parent. I make my fair share of mistakes each day. But none of these mistakes has been at the expense of my child’s life. When I’m in the car with my kids, I’m constantly talking to them, asking them questions, checking to make sure they are okay, etc. My plate is full with work, to-do list items, after school activities and the like, but I’ve never been so preoccupied that I’ve forgotten a kid in a vehicle.

What makes it even worse for me, is that experts and activists suggest placing something of “value” next to your child – like a purse or wallet. This is supposed to serve as a reminder, to prevent parents from forgetting their kids. Is this not the most screwed up thing I’ve ever heard? Wouldn’t it make more sense to place your kid next to your purse or wallet so you don’t forget those? A child is supposed to be the most “valued” thing in a parents’ life. You don’t forget them. You forget everything else!

Or better yet, you prioritize and step up your parental awareness. You didn’t forget that you had a meeting to rush to, did you? You remembered to grab your lunch, Android and purse, before heading into the office, right? Although you didn’t mark it on your calendar, you still made it to the funeral at 3:00 on Sunday afternoon, correct? Yet you can forget a living, breathing, precious human being that has your blood and DNA and depends on you for all of life’s basic necessities? Really? That’s excusable? No, it’s not.

I’ll never be able to wrap my head around the concept that parents can accidentally forget their kids in cars. I’m also not okay with the outrageous amount of sympathy that is being shown to those who commit these crimes (and yes, I am defining these incidences as crimes). I don’t want to hear the excuses, “it was a change in routine”or “some people have lapses in memory”. You knowingly put your child into a car. From the moment you strapped him or her in you never said one word to your child? Never thought to look back to check on them? That alone is inexcusable.

At a minimum, these parents are irresponsible and, to some degree, negligent. I refuse to give these parents a pass to have lack of judgment. The world appears to have a zero tolerance policy as it relates to leaving pets in hot vehicles. Yet, we’re supposed to say “It’s okay. It was an accident” when it comes to children being left in cars – accidentally or not? Are we now placing a greater value on animal life? I don’t think that’s the case. I think there are much louder, stronger supporters standing up and defending the rights of animals. We need more people doing that with respect to our children. We should never be so busy or preoccupied that we forget a child in the back seat. This comment to the Belkin’s Huffington Post article says it all: 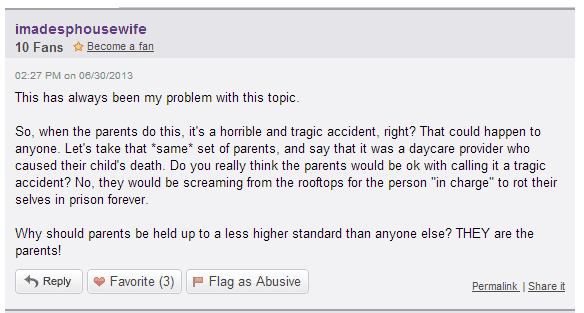 Wake the hell up parents! When caring for a child, that child must be your utmost priority. Don’t get distracted by anything else while they are under your watch. You might have to sacrifice your smartphone or fixing your makeup or risk showing up late for a meeting, but it’s worth the effort and just might save a life.

My Hero Husband Has COVID. Thi…