My husband and I have a disagreement. (Well, actually, we have many. Isn’t that what marriage is all about?) He suggested that it was time to start giving our children an allowance. For reason I couldn’t articulate clearly at first, I am dead set against the idea.

And not just because it means I’d have to cut back on my Starbucks habit.

I took a good, long bath to think about it. Not true–I took a hurried shower while my three-year-old stood outside the shower stall whining. But I did think about it.

The idea of paying children to perform tasks essential to the running of their own household just rubs me the wrong way. 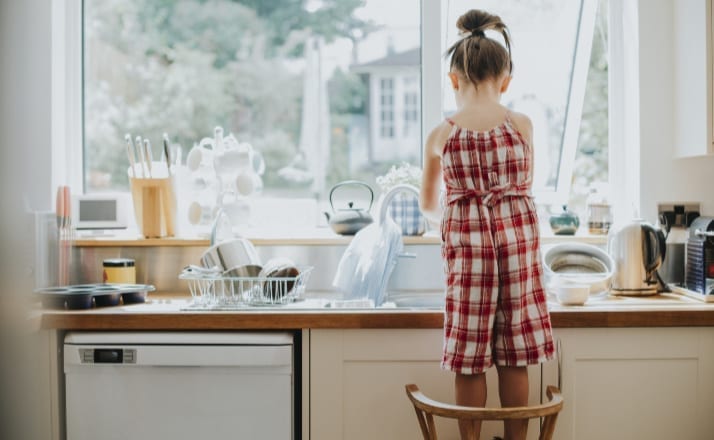 My husband and I waited until later in life to have kids. They were very much planned, very much wanted, and took a while to come to us. The kids’ needs are the primary concern when making any family decision, whether where to live or what to serve for dinner.

I say this to put into context what I’m about to say next. Which is…. I don’t want my kids to believe themselves to be the center of the universe. It irks me to no end to see a bunch of kids glued to their iPads while mom does the dinner dishes and dad takes out the garbage.

We’ve been reading Laura Ingalls Wilder’s Little House Series at bedtime for over a year now. (We’re almost finished the last book!) Exploring a time in America’s not-so-distant past has been a good opportunity to point out how families best function as teams.

And how, in the past, it was a question of survival.

This whole whether-or-not-to-pay-kids-for-chores issue seems the epitome of a #FirstWorldProblem.

It’s only because our lives are relatively comfortable that our kids even have the “option” of not helping or expecting to be paid to help. When you are more worried about starving than your Minecraft obsession, your priorities shift. I want my kids to know that we are lucky to have what we have and that it is our responsibility to keep it working and clean.

Paying kids to help with chores also devalues work that has traditionally been “women’s work.” 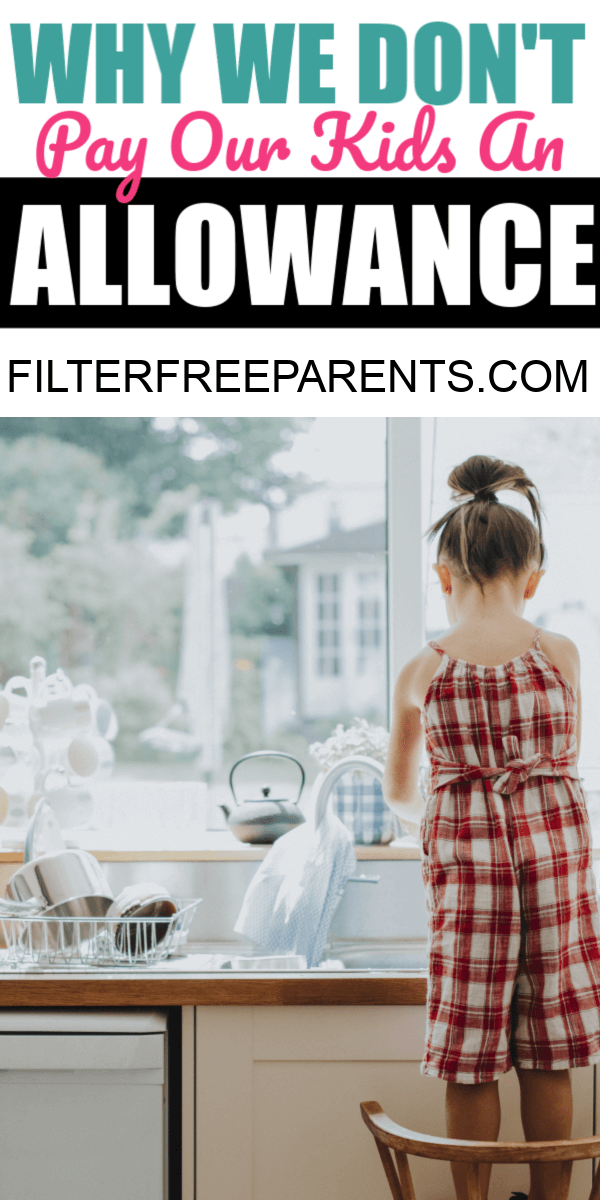 No one pays us moms to cook, clean, and do endless housework. When kids (especially boys) just expect that mom will wash the dinner dishes alone and we allow that expectation to become acceptable, we are signalling to them that the women in their lives just “magically” take care of these things.

Kids who aren’t expected to do work at home will be sorely unprepared for adult life.

Have you heard about these millennials who actually need a course to teach them to do laundry and boil an egg? Seriously? I don’t want my kids to be helpless when it’s finally time for them to move out of the house. Oh, and that reminds me, if I make home too comfy, where all things are done for them, they may never move out of the house!

Do YOU pay your kids for chores? Might want to check out this article, too.

TikTok Bans The Newest Dumb an…