Filter Free Parents
Home Mom Life Humor Hemorrhoids After Childbirth Can Be A Pain In The Butt. Literally.

There are a few things that a person truly has to see to believe: a UFO, the Loch Ness monster, and the gigantic hemorrhoids after childbirth that can be a major pain.

9 (million- amiright?!) or so months is ample time for a woman to become educated and informed on what her body is about to experience. She will be fascinated by the changes her body will make physically.

She will be aware of the aches and pains that are normal while she grows life inside of her. She will understand the process of labor and know the calming strategies for when she delivers her precious baby.

Although, there are some things a woman will not ever be able to learn from parenting books or social media. 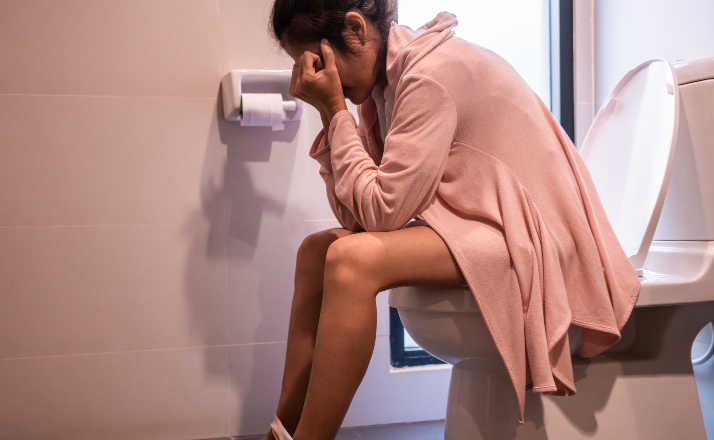 There are facts surrounding vaginal birth that seem to be avoided by the general public.

Nobody seems to want to discuss pooping on the table, how a woman’s vagina looks after birth, and hemorrhoids that are so big they deserve the second name choice you had for your new baby.

Hemorrhoids often begin to rear their ugly heads when a woman is pregnant. When she’s carrying a child in her body there’s a whole lotta pressure bearing down on her backside.

These nasty hemorrhoids often loiter for a few months, making their presence vaguely known here and there. It’s typically not until she’s given vaginal birth that they make their grand entrance.

When a woman gives birth she gets to celebrate the life of her child.

However, she must also grieve the death of her modesty. She just had the most exposed experience of her life as she pooped on the table (it ain’t no myth) moments before showcasing a baby coming out of her vagina through her splayed legs to the group of enthusiastic spectators.

She felt confident explaining to the young student doctor that he, in fact, did not freeze her properly and that she could, in fact, feel him stitching her up. She has no problem taking off her nursing gown to put her baby to her breast in front of the room of visitors.

However, no words can describe the humiliation of having a well-intentioned nurse come to check up on the painful monster that has grown from her anus.

Her pride and ego will heal quickly once she arrives home from the hospital, but the physical pain she’s feeling in her rear end will need some tending to.

Her doctor has recommended she get a medicated topical cream, but her partner, still in shock from what was seen in the delivery room, did not hear her request to go buy some. 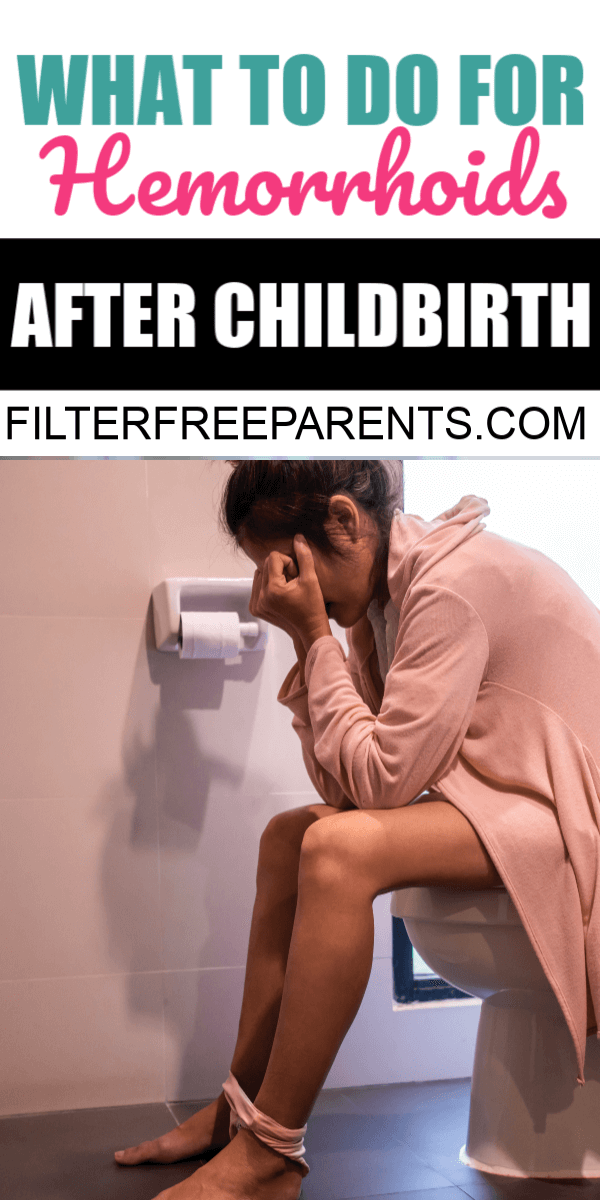 She is forced to take matters into her own hands and use things from around the house to ease the pain of those hemorrhoids after vaginal birth:

Due to the sensitive nature of the situation, it’s wise to be slightly cryptic in your advice to the new Mom in order to avoid embarrassment and possible hormonal outbursts from saying the wrong thing (this ain’t no myth either).

Unless she explicitly shares what a pain in the butt childbirth was for her you won’t know for sure whether hemorrhoids is a condition that she’s currently suffering from.

The pep talk she gives herself as she waddles into the bathroom is an indication, but it’s best not to assume.

Kindly suggest that she takes care of “yourselves” -”[her]selves” being her and her hemorrhoids.

Bring her countless glasses of water while explaining that dehydration can cause fatigue (**this will work as a double positive: she will assume that your gesture implies she doesn’t appear fatigued. Go with this.

Tell her how beautiful she is at the moment but don’t make eye contact with the bags under her eyes-she’ll figure out you’re lying). Bring her a food plate of dried figs, grapes, and bran muffins for “nourishment” purposes.

Whether or not you’ve had issues with massive growths on your rectum after vaginal birth is beside the point.

One can only begin to imagine the discomfort that they cause. Be secretly sympathetic while maintaining an element of smugness: you know darn well that this pain in her ass will be nothing compared to her sweet little baby when they grow into a teenager.

This post originally appeared on the blog, Modern Day Hippie