As a mom, there is always the pressure and the guilt over making sure your kids have everything they need. It just comes with the job description. You wonder if they are getting enough vegetables and if they have too much screen time.

Are they getting enough attention? Do they have enough chores? You worry about socialization for goodness’ sake.

Playdates were often used as a means of social interaction for both kids and their moms.

It was thought that both parties needed this to get through the rest of the week. Setting up playdates was expected, especially as a stay-at-home mom.

I felt the pressure. I used to set up playdates all the time. I usually scheduled at least one thing per week to do with my kids.

And, sometimes, it was a pain in the ass, but I wanted my kids to be “well-rounded.” I thought we needed to get out.

Some days I just was not up for these outings and ended up canceling.

Maybe the kids were cranky or I was just tired. Maybe just the idea of it was too much to handle that day. Some of them were fun, but sometimes it was overwhelming.

Needing to be out of the house at a certain time, worrying about them getting enough food and then being home in time for nap can be a lot to take on.

All of these things need to be considered, especially when you have small children, who get hangry multiple times a day.

It is a very delicate balance to keep kids in a good mood.

Then, a pandemic hit.

Staying at home and away from other people was encouraged. It was an introvert’s dream.

The pressure of playdates was suddenly off as a new worry took its place. You could no longer go to the mall or the zoo.

Meeting up was now a health risk and no one was going to subject their kids to it just to get some social interaction.

Suddenly, lack of socialization did not seem as big of a problem after all. Sometimes, it is all about perspective. 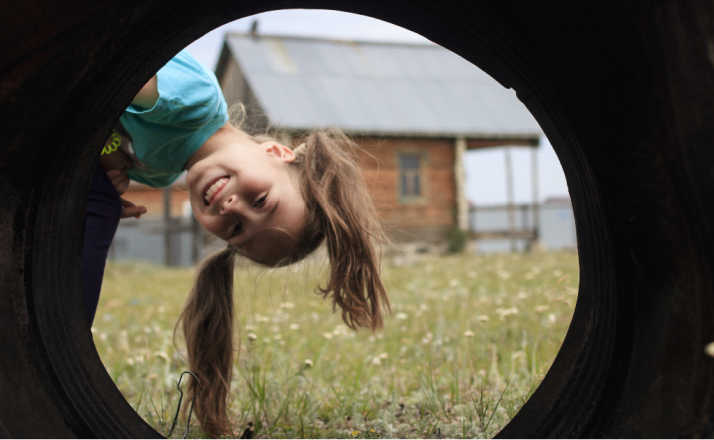 As a stay at home mom, I struggled a bit at the beginning.

I longed to get out of the house just because I couldn’t, but things were no longer the same. There was nowhere to go and nothing really to do.

It was a time of adjustment for everyone.

I struggled to maintain friendships with my new mom friends and felt them slipping away.

We exchanged messages here and there, but it wasn’t the same as actually meeting up and soon the messages became less and less. We were all a new kind of busy.

This busy-ness was rooted in staying at home and using more creative ways to fill the time.

It may have included teaching your kids and working from home. It was a different world for everyone.

Then, as time went on, I felt myself growing accustomed to the new lifestyle.

Staying home became my default and the writer in me kind of liked it. I actually became less stressed with less things on the schedule.

Staying at home and finding other activities for the kids became a new way of life. Some days we do more than others and that’s okay.

Some days we have many activities and other days we take it easy. We can easily adjust depending on how everyone is feeling.

We put so much unnecessary pressure on ourselves as mothers. It took a pandemic for me to let go of some of that.

It is okay if we don’t go anywhere but Grandma’s house. It’s okay if they only play with each other instead of the neighbor kids.

We have daily walks and dance parties.

We’re not trying to leave just for the sake of leaving. You’re bored? Play with each other.

We have plenty of toys and now Mama can drink her coffee without rushing around to the next thing all the time. We appreciate visits more and take less for granted. Turns out – hanging out with each other isn’t so bad after all.


Social Distancing Contracts Are The…

When I had my first child I was shocked to discover just how expensive child care is. So expensive, in … Read More