I spent the last two days seriously judging a mom I know very well. I know I shouldn’t, but she just makes it so incredibly easy. Just read some of the things she does:

She didn’t have her babies naturally and she stopped breastfeeding really early.

She gave her toddlers donuts for a snack before nap time. DONUTS.

She also gave them apple juice before bed.

She yelled at her son when he spilled her coffee.

She still gives her one-year-old a bottle.

Her three-year-old is still in diapers.

I saw her kids run away from her outside more than once this week.

She chased them while spilling all the contents of her purse and stepping on the ends of her yoga pants which she is always wearing.

She doesn’t shower every day.

She hid in the kitchen eating peanut butter M&M’s while her one-year-old threw a tantrum.

She lets her kids cry it out… except when she doesn’t. Couldn’t she choose a method and be consistent?

In almost every picture she posts on Facebook her kids aren’t wearing any clothes.

She puts her kids in a Super Play Yard which is basically baby jail.

I saw her kids spill Cheerios all over the floor and then EAT THEM!

She unashamedly bribes her kids in public with cookies.

She fell asleep on the couch while her kids were sitting in front of the TV, in baby jail, eating cheerios off the floor.

Her son would not stop standing up in the cart at the grocery store while her other son kept trying to open—and probably wanted to drink—the bottle of shampoo they were buying.

At every meal, her oldest son cries because he has to eat—unless she is giving him donuts.

She drinks Diet Coke every day.

Her apartment is usually messy. It is decorated solely in random do-it-yourself “art” and none of her furniture matches.

She keeps saying she is going to start working out or go on a diet, but I haven’t seen any difference in her figure at all. Her clothes are plain and she needs a haircut.

Her family is always late to church and half the time they don’t even make it at all.

Her one-year-old sometimes still wakes up at night and takes a really long time to fall asleep.

She hates going to the park and, since they don’t have a yard, she rarely takes her kids outside to play.

She longs for alone time and sometimes wishes she could just have a couple days without her kids. Why does she need alone time? She is a Stay-At-Home Mom. She gets to wear yoga pants all day and doze on the couch. I mean, seriously, isn’t her whole life a break?

That mom I was judging sounds pretty bad, right?

Oh yeah, that mom is ME.

I have been so constantly worried about what other people will think of me, that I have basically been hiding.

I rarely go places with my kids for fear of a temper tantrum, disobedience, or a nervous breakdown (by me). I try to keep a lot of our parenting choices a secret because I know someone will disapprove or try to give me their opinion.

I won’t even let my husband post a picture on Facebook if the background doesn’t look clean and tidy, or if you can see my youngest drinking a bottle. My life has been so consumed by what other people will think or say that I have stopped enjoying it as much as I should.

So my new mantra is: WHO CARES!?

The only reason people judge or criticize other people’s parenting is to make themselves feel better because deep down they know that they have flaws too.

Also, sometimes when people give advice, it really is because they care and want to help. I don’t have to follow their advice, but I can humble myself enough to listen without getting defensive.

At the end of the day, I am my children’s mother. I am the one who is entrusted to take care of them, and I am motivated because I want what is best for them. The choices my husband and I make for our children are our’s alone to make. There is no one else who can take care of them or understand their needs better. 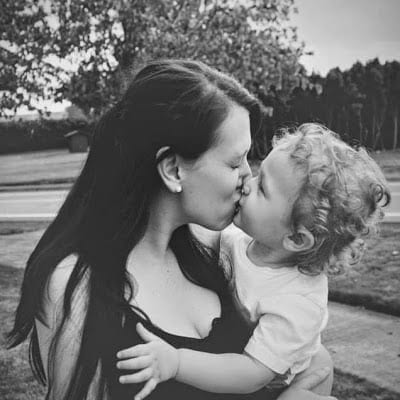 I may not be perfect, but I am a GOOD mom, and I really do know that. (If I was a bad mom I probably wouldn’t even care about these things.) So, from now on, others can criticize and analyze my parenting all they want.

I even helped them out by writing this list.


Mom’s Reaction To The Toilet-…