Filter Free Parents
Home Parents Is It Ok To Let My Teen Drink If I am With...

If you stop and look around, you might notice that American culture is soaking wet in alcohol.

There are few if any occasions in which alcohol doesn’t play at least a small role in observing or celebrating a milestone.

Weddings, graduations, divorces, baby showers, birthday parties, and even daily pandemic life are all reasons for many to drink. So it makes sense that parents want to find a smart way to teach their kids about how to drink alcohol responsibly, which often means allowing teens to try alcohol in the safety of home.

But is it a good idea to let your teen drink if you are with them?

Well, that depends on who you ask.

In 1984, President Ronald Reagan signed the National Minimum Drinking Age Act that made purchasing and public consumption of alcohol in all 50 states. The politics behind it is a bit messy.

Mothers Against Drunk Driving wanted to end “blood borders,” which was when teens in states that restricted drinking to age 21 would cross neighboring state lines where one need be only 18 and then get drunk and drive back over the “blood border” and end up killed in a drunk driving accident.

The drinking age of 21 only applies to purchase and public possession of alcohol, which gives families plenty of say on when and how they introduce alcohol to their kids.

For many families, drinking a small amount of wine during religious holidays is part of family culture. For others, giving teens a small drink when the family is celebrating a meaningful life event like a wedding or the birth of a baby is an opportunity to show teens how to handle alcohol responsibly.

But some researchers say that even a small amount of alcohol is a terrible idea that may significantly increase the risk of alcohol abuse in later years. 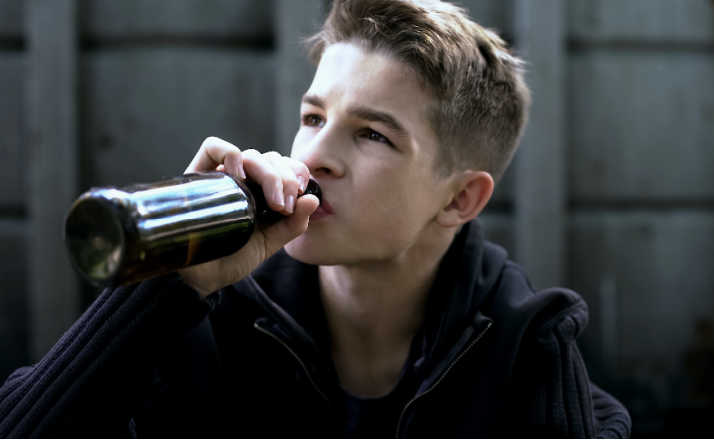 In one study, researchers noted that despite parental belief that they could teach their kids how to drink responsibly, there is zero evidence that this is true.

What’s worse, they also noted that when parents introduce alcohol to kids to taste, the message that kids receive is that alcohol is not dangerous.

They are statistically more likely to initiate drinking on their own later in adolescence.

The National Institute on Alcohol and Alcohol Abuse is an excellent resource for parents on how to talk to kids about alcohol without introducing drinking at home.

NIAAA points out that kids and teens who have parents that are involved in their lives, who teach appropriate boundaries and respect, and who give their kids emotional support are less likely to have kids who binge drink.

What’s more, these same parents will have a profound influence on how their teens think about and approach drinking.

Sure, we think tweens and teens don’t listen to us, but if you’re teaching your children how to be safe and healthy and you include talking and modeling responsible behaviors around alcohol, then you’ll be raising people who aren’t likely to abuse alcohol in the future.

The bottom line is that parents have the final say in whether or not it is OK to let their teen drink when they are with them and what kind of role alcohol plays in their family life.

For some, wine during religious holidays and ceremonies is something they will not hide. For others, a sip of champagne during a wedding reception isn’t a big deal. And for others, abstaining from alcohol is best.

As parents, the best we can do is read the facts and the latest science and ask ourselves what our families need most. From there, we make the most appropriate decisions we can.

So, is it ok to let your teen drink at home? Well, that depends on who you ask.


CDC Is Warning Parents About a Bad …