Who doesn’t love to chill out after a tough day at work and binge-watch hit Korean dystopian dramas? I know I do.

If you haven’t seen it yet, I’m talking about the hugely popular ‘Squid Game,’ which is probably the weirdest, most violent, white-knuckle series I have ever seen.

But while the show itself is pretty warped, the fact that some parents are letting their kids watch it is even more warped.

The level of gore and violence in this show is f**ked up.

Listen, I am not the type to tell parents what to do with their kids, but since some of you are letting your nine and ten-year-olds watch this show, I seriously have to ask you one question. Have you previewed it yet?

Do you know just how inappropriate this show is for kids? Because…wow.

Here is a quick breakdown of what the show is all about for those who aren’t part of the 111 million fans on Netflix watching this intense drama.

Suppose you cast brilliantly talented Korean stars Lee Jung-jae, Park Hae-soo, Wi Ha-jun, and Jung Ho-yeon and threw them into a mash-up of Big Brother, Survivor Island, and that horrifying movie called Hostel, but made it cute and fun with toys and kids games.

In that case, you’d have ‘Squid Games.’

The show focuses on contestants competing for a $38 million cash prize by trying to survive playing deadly children’s games. And I mean deadly.

This show is not appropriate for kids under the age of 17. Full stop. It might not even be suitable for some adults, now that I think about it.

The tricky thing about this show is that teens and tweens are definitely interested in it. And how could they not be?

Cardi B took a shine to the series and even changed her Twitter profile pic to that of the giant doll that plays a terrorizing version of Red Light Green Light in one episode.

And Billie Eilish told the Australian morning show called ‘Sunrise’ that she loves the show so much she binged the series in two days. Kids notice what their idols obsess over. 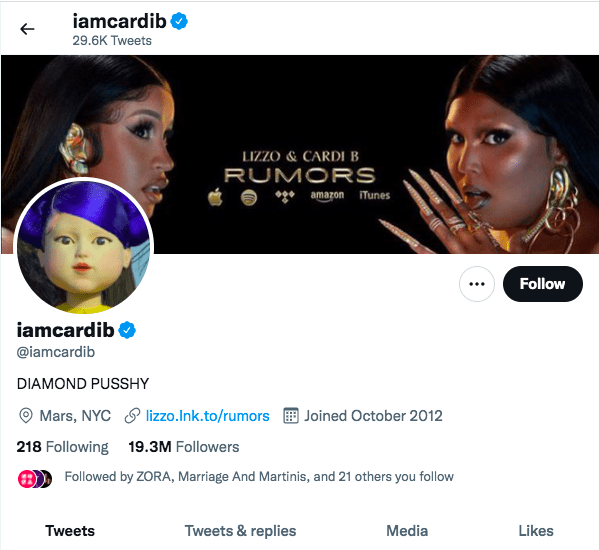 When parents look up the TV rating that Netflix assigned ‘Squid Games,’ they may be baffled by TV-MA. What does that even mean?

The website explains TV-MA in more detail by stating,

“this program is specifically designed to be viewed by adults and therefore may be unsuitable for children under 17.

This program may contain one or more of the following: crude indecent language (L), explicit sexual activity (S), or graphic violence (V).”

According to Common Sense Media, parents should note that the type of violence and gore depicted in ‘Squid Games’ is potentially harmful to kids and some adults.

“Parents need to know that the level of violence is very intense in Squid Game. Characters are systematically tortured and killed for the sadistic pleasure of a game master.

Adults have sex, and there are threats of sexual violence: Women are grabbed by the hair and beaten. Themes concerning the highs one gets from gambling, winning, or conning money are the main focus.”

One commenter on the Common Sense Media site said, “Those who say it’s fine for kids 13 and up must have very hardy 13-year-olds. My two love Stranger Things and the Hunger Games, but this is much, much more violent. My 13 yr old has seen the Umbrella Academy, which is also violent, but this is really much worse. The amount of killing is horrific, and the methods of killing are awful – the image of the eyeball being taken out of the body – it’s not easy to skip if you don’t know it’s coming. You know your kids – watch it first and make your own decision. I won’t be letting mine watch it just yet.”

TODAY Parents spoke to parenting educator Laura Linn Knight about kids as young as nine watching ‘Squid Games,’ and she made it a point to explain that children’s brains are not fully developed until around the age of 25. Imagine what extreme violence can do to their minds?

“Many parents think, ‘My child can understand and differentiate between reality and fiction,'” Knight told TODAY.

“But children cannot differentiate as much as we think. So when we’re sending in these images and expecting them to do what an adult can do, it’s unrealistic for them.”

Many school districts are sending home notes to parents to warn them against the dangers of watching the show because children are acting out the games on the school playground.

And many parents are not happy about the fact that other parents are checking out and forgetting to monitor what their kids are watching. Thus affecting everyone else.

When you give up on parenting and let your child watch shit on tv like squid games, it affects everyone not just you you dumb fuck.
Not publishing the rest of the email cause it contains private info. But yeah now school has to deal with shitty parenting. pic.twitter.com/tFILQGnVcg

Acting out violence has no place in public schools, and if children are watching this violent, gory show, one way they are going to process it is through playground activities.

Before any parent lets their child watch this gritty show, they would be wise to watch it themselves first – no matter how badly their kid begs to be a part of the latest entertainment craze.

Because once you see some of the hyper-violent scenes in this show, you can never unsee them.