I sit here next to a bright Christmas tree that feigns normalcy, wondering why I can’t answer a simple question. A question posed by a media outlet calling for end-of-year submissions from us writers: What is one thing you learned about yourself during this pandemic?

It’s embarrassing to have gone through a year like this and to find myself staring blankly at twinkling lights, unable to explain at least one big, clear takeaway – to be sipping lukewarm tea in my pajamas, again, un-showered.

“There’s gotta be something, Brandy. Over 300 thousand people (and counting) have died in the U.S. alone, nearly 2.2 million women have left the work force to shoulder the burden of this crisis, and we witnessed the largest civil rights movement in history – not to mention a bonkers election! And you’ve seriously learned nothing significant about that?”

My inner judge is wrong – of course this year has changed me – but the coherent words to fulfill this assignment still don’t come.

Like everyone, I’ve become a student of the unexpected this year.

And it seems like we all got into the AP class. I’ve felt humbled by all that’s happened to my own family and others’.

I see the desperation in people’s eyes and actions, even when they are different than my own. I’ve lost my straight, assured posture that knew things.

Black and white thinking has been replaced with nuance, and holding two opposing feelings and beliefs at the same time is a requirement these days.

Each of these statements is true.

And sure, I’ve learned minor things like apparently I was lying when I used to proclaim, “I couldn’t homeschool my kids if my life depended on it.”

Turns out that when you don’t have a choice, you can do lots of previously unimaginable things.

And yes, I’ve learned who my close friends really are (there were a couple of upsets in the beginning), and how strong my marriage is despite a constant amount of spousal contact that frankly, should be illegal.

And like all of us, I have ridden the daily (sometimes hourly) rollercoaster of feeling utterly lost, and then found by something so plain and tiny, like a handful of Skittles or pet snuggles.

Pets are life. That I know for sure.

But some golden nugget that you could write a bestselling self-help book about, and maybe even add a profitable coaching package to like everyone is doing now? Nope. 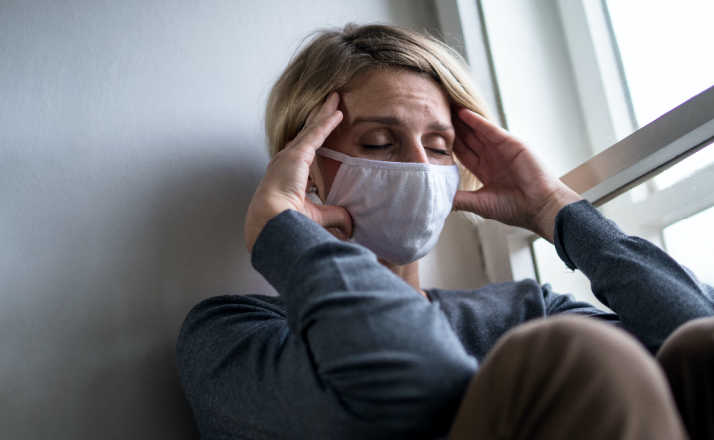 And perhaps it’s not a lack of articulation I’m suffering from. What if I’m not ready to emotionally sift through this year? Or what if I haven’t yet learned the most powerful lessons from this crisis because I’m still in it. We’re still in it.

How does one make meaning of the trauma during the trauma?

That’s a task reserved for the aftermath, after nervous systems have downshifted and we sit there looking at the pieces of what we’ve had to sacrifice and what we still hold, without the looming threat still standing over us.

“How was your trip?” while they’re still on it. “I don’t know yet, I’ll let you know when I get back.” But we don’t know when and how we will get back. Our plane doesn’t magically land us in a familiar airport in 2021.

We are all still flying.

Slowing down has been a major theme of 2020, albeit a non-consensual one.

Even though we might want to channel the pace of the “before times” and rush past the often painful present moments to talk about what we’ve learned and get a nice and tidy soundbite to close the year out, it feels more humane to decelerate instead, and to let go of the need to make meaning of it all.

Especially during the holidays when many of us are also hitting walls. Plural.

As we close in on 2021, the question will pop up about what we’ve learned this year, and even though some will be delighted to answer it, some will not. And that’s okay.

Our stories are tender. Clarity and reckoning will come, but we don’t have to articulate how we’ve been transformed while still in the cocoon.

In the goo. Continuing to survive is a considerable enough task right now. And that lukewarm tea and those stretched out jammies? They are signs of life.

Mom’s Reaction To The To…

When I was a little kid, I remember the school bus driver telling us that the reason why never stick … Read More