I DO NOT KNOW HOW ELEMENTARY TEACHERS DO IT.

I used to teach high school, and yes, that was hard, but herding the little ones? I don’t get it.

Now that my kids are school-age, I’ll volunteer in my kids’ classes for one hour, and by the time I leave, I’ve already lost my mind.

I’ve wiped noses, dried tears, broke up fights, been hugged (a lot), and more. I’m always ready for nap. Yeah, elementary teachers are freaking magicians because I’m pretty sure I’d be dead if that was my job.

So, when Miss Emerald Barton from the Kindergarten Chronicles went off about how she was “the meanest teacher today,” I get it.

Miss Barton is a kindergarten teacher who had to put her foot down this past week. You see, her tiny kindergartners were acting up and there’s only so much a teacher can take!

Sometimes good ‘ole Mother Nature doesn’t help either. There was a full moon—a “Super moon.” And when there is a full moon—that means kids start to act completely insane.

No, really. They lose their minds. I can vouge for that one.

When I was teaching and I’d notice a giant full moon hanging in the sky, I’d immediately think, “Shit. My students are going to act crazy tomorrow.”

And sure enough—they did. By the end of the day, so did I. Just like Miss Barton said, “They lost their minds.” If you question this full moon theory, just ask a teacher. They’ll tell you all about it.

Anyway, Miss Barton’s hilarious rant tells the tale of how her kids were acting up, getting worse and worse throughout the day. Towards the end, they disrespected a TA (teacher assistant), and then refused to clean up their “centers.”

And if you’ve ever been in a kindergarten classroom, you know kindergarten teachers take cleaning up centers seriously.

And, her hilarious reenactment of her students attempting to clean up their centers will have you relating as a parent if you ever ask your kids to do literally anything.

Staring off into space.

Pretending to clean up. You get the picture. 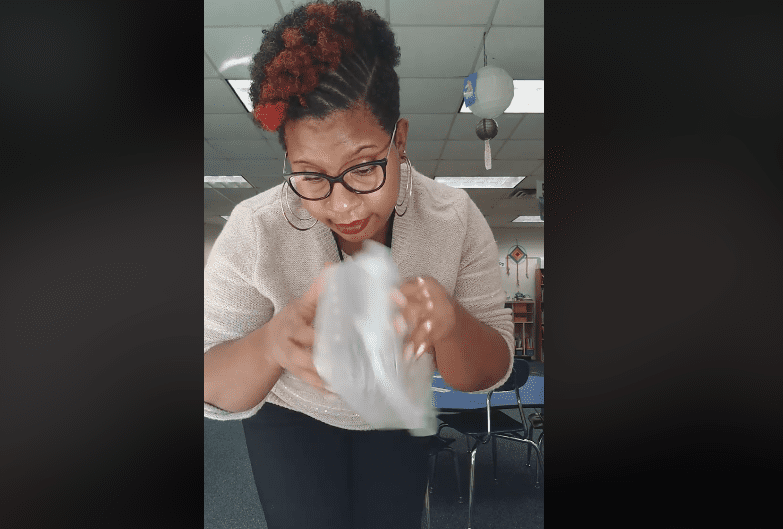 Well, that’s when Miss Barton had had enough and delivered the big news. She had to ring the BELL to get their attention, and based on this video – you know that means serious business. 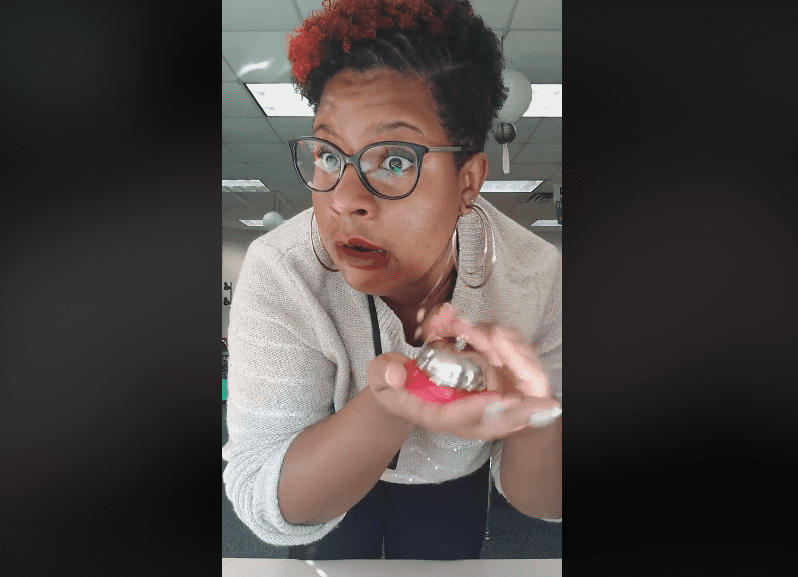 When she finally gathered the herd to the carpet, she broke the devastating news (because to a Kindergartener this IS devastating),

The kids couldn’t believe it and Ms. Barton reenacted their shocked reactions. Can you imagine a classroom full of kindergarteners that have had their beloved treasure box taken away? Oh the horror! 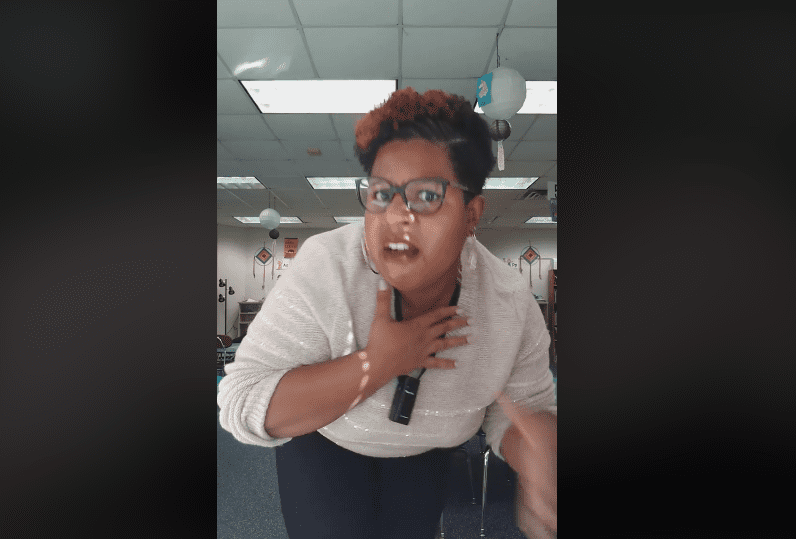 Then the kids started groveling at Miss Barton’s feet telling her they loved her and how sorry they were.

Can you imagine all of those sweet little eyes staring up you? I’m sure I would have caved—what a softy.  But Miss Barton? Nope.

She put her foot down and didn’t budge. 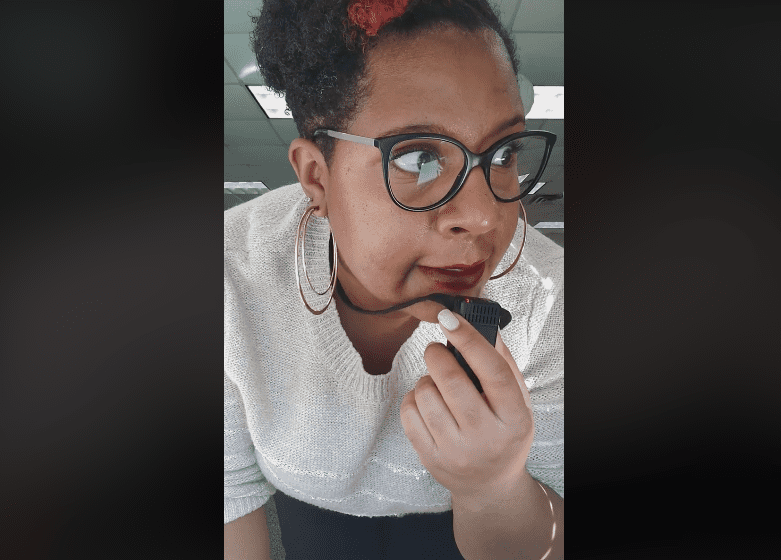 As parents, we understand the importance of threatening and then following through—and she did just that.

She said no treasure box and she meant it, and her rant on Facebook reminds us how special teachers truly are to put up with this kind of behavior from our kids day in and day out.

I scrolled the Kindergarten Chronicles’ feed on this post, waiting to find someone who thought this was a bit too harsh of a punishment. But it was unanimous—sometimes kids need tough love—even kindergarteners.

The next time you spot a full moon hanging in the sky—pay attention to how your kids act the next day. Trust me, it won’t be pretty. Then when they get home from school, ask them, “Did you get to go in your treasure box?” I bet the answer will be no.

And the meanest teacher award goes to…

Posted by The Kindergarten Chronicles on Friday, February 7, 2020


15 Funny Posts on Social Media From…