When is the best time to put your toddler to bed? The answer is obvious: right now! Just kidding, of course.

If you’re on social media at all, you’ve likely seen countless memes about the best toddler bedtime.

You’ve also probably witnessed moms engaging in pointless arguments over whose approach to bedtime is “better.” Spoiler alert: if you find yourself in an argument like this, you’ve already lost. No one wins when Janet and Karen get into a parenting debate on Facebook.

Still, well-meaning, less high-strung parents frequently find themselves wondering about the best time to put their toddler to bed. Is an early bedtime better for kids? Are there advantages to a later bedtime? Well, I’ve done the research so you don’t have to.

If you’ve spent any time around an overtired toddler, you know what a hellish experience that is.

A toddler who isn’t well-rested is even more emotionally unstable than normal (and toddlers are kind of known for their insane mood swings on a good day).

If you’ve ever had the pleasure of enduring a twenty minute tantrum over the blue cup you gave a toddler, the same blue cup they specifically asked you for, then you know what I mean. 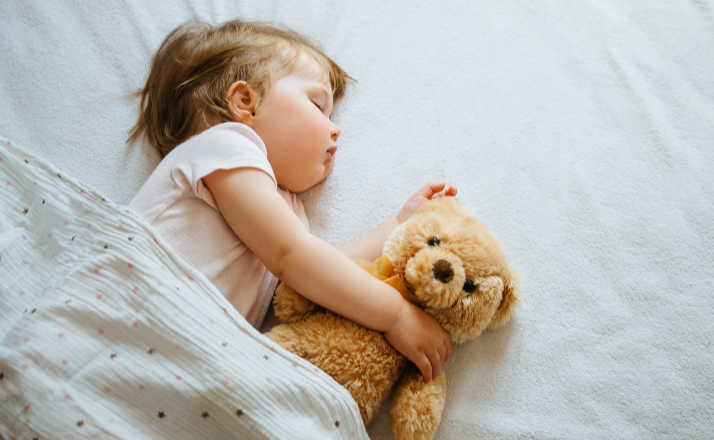 It’s actually not critically important what time your toddler goes to bed.

It’s far more important that they’re getting a sufficient amount of sleep once they get there.

Toddlers need an average of 12-14 hours of sleep in a 24-hour period, but many aren’t getting enough. If you enjoy toddler whining and meltdowns, by all means, disregard the total amount of sleep they get. Otherwise… put your child to bed at a time that will allow them a sufficient amount of total sleep.

If your family needs to be up early for work and daycare drop-offs, an early bedtime for your toddler is necessary. If your morning routine is more flexible (and possibly less of a sh*tshow), then a later bedtime isn’t necessarily a deal-breaker.

Also, having a regular toddler bedtime routine is paramount to your success or sanity.

Naps are also an important factor when it comes to finding the right bedtime for your toddler. The 12-14 hours of needed sleep doesn’t have to be in one long, night-time stretch (although the bulk of it should be). If your toddler is a reliable napper, that time counts too.

Most toddlers actually need a daytime nap, even toddlers who tend to resist naptime. Personally, I’d much rather have my toddler go to bed a little later and take a solid (1-2 hour) daytime nap than go to bed earlier without one.

Your child’s health is important, for sure, but you know what else matters? Your sanity!

A research study in Australia showed that earlier bedtimes for kids were associated with improved mental health for moms. This improvement did not occur for parents whose kids went to bed later, even if they slept for the same total amount of time.

When you think about it, the benefits of an earlier bedtime for parents make sense. Having your child firmly in their bed at a reasonable hour allows parents time to do other things before they’re drop-dead exhausted.

Preparing for the following day, enjoying a glass of wine, engaging in a much-deserved Netflix binge — all of these activities are better when they don’t have to wait until late at night, when mom and dad can barely keep their eyes open.

An earlier toddler bedtime can also benefit your relationship.

Parents often lack quality time together (i.e. time uninterrupted by endless toddler chatter and snack requests). Having time to talk coherently before the late-night grog and fog settles in can be a huge boon for your relationship. Maybe an early toddler bedtime could even allow for some “adult interaction” (wink wink, nudge nudge). 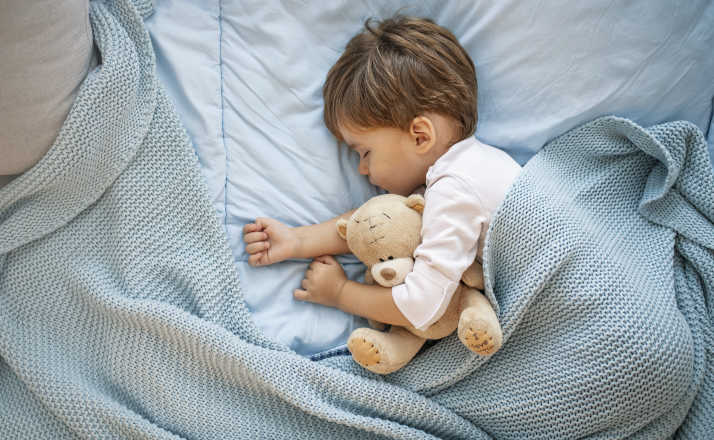 Ultimately, the best toddler bedtime is the one that works best for your family

If your toddler goes to bed on the later side, don’t let this article stress you out. Parenting is hard enough without worrying about factors that aren’t necessarily within your control.

If your spouse works late and the only time he or she can spend with your child is on the later side, an early bedtime just doesn’t work for your family.

If you have several children and find yourself hauling kids from one sports practice or musical performance to the next, again, early to bed may not be realistic for your family.

Don’t beat yourself up. The best bedtime for your toddler is the one that works best for your family.

When all is said and done, it’s unlikely that your child’s adult status as a productive citizen or a 45-year-old basement-dweller will be attributed to their toddler bedtime (*phew*). 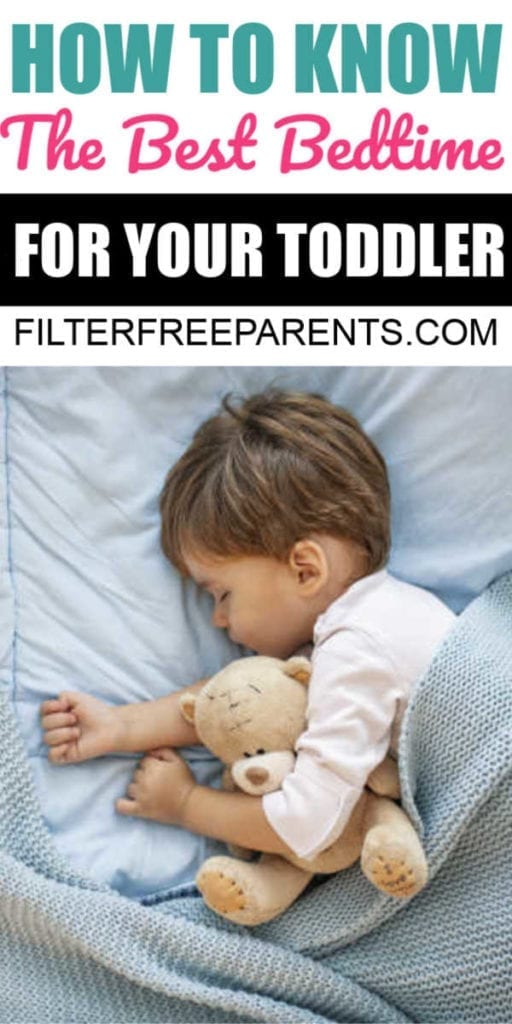 BeReal Is The Hottest New Phot…