Filter Free Parents
Home Kids Like Most Women I Had Visions of The Mother I Would Be....

Like most women, I had visions of the kind of mother I was going to be.

I envisioned myself a bit like June Cleaver. Perfect in nearly every way. My house would always be clutter and dust-free.

I would cherish the time I spent making lunches and cooking dinners.

I would always be happy and full of energy.

I would have the perfect children; who never got in trouble and excelled at everything they did. I just knew they would be little geniuses.

I thought school would be easy for them, and homework would be a breeze! I just knew that they would have impeccable manners. When we were out in public they would be the envy of all of the other parents, because they were so well behaved.

Every day we would have amazing adventures, just like Mary Poppins.

I would enjoy every joke and story they told me, even if I had heard them a million times. My love for them would be so strong that I would never be annoyed by them.

I swore that if by some crazy chance they needed to be corrected, that I would never raise my voice at them. I thought that I would miss them every second that they were away from me.

Most importantly I had a superhero complex.

I knew that I would be able to protect them from all the awful things in the world. I would shield them from everything that is wrong with humanity.

They would never know pain, fear, or heartache. Mostly, I swore I would never let them down.

Then there is my reality. I am so far from perfect, that if you google imperfect mother; you will see a picture of me.

I’ll be wearing yoga pants and a messy bun. My house is lived in.

It is far from being on an episode of hoarders, but it won’t be featured in any magazine either. There is cat hair, and kids, and toys everywhere!

You might even find a pile of laundry in the living room since my kids have deemed it the best place to change clothes.

Then there are the toys. Legos, fire engines, and fire gear are strewn from one end of the house to the other.

Generally, we pick up every night before bed, but some nights I can’t be bothered.

My wee boy will just bring it all out the next morning anyway. I also quickly realized I do not enjoy making lunches and dinners every day.

I don’t cherish the time spent in the kitchen cooking a meal that the smallest food critics promptly turn their noses up at.

No one told me that kids would actually want to eat twenty times a day. That’s a lot of love poured into food that most likely will end up in the trash! 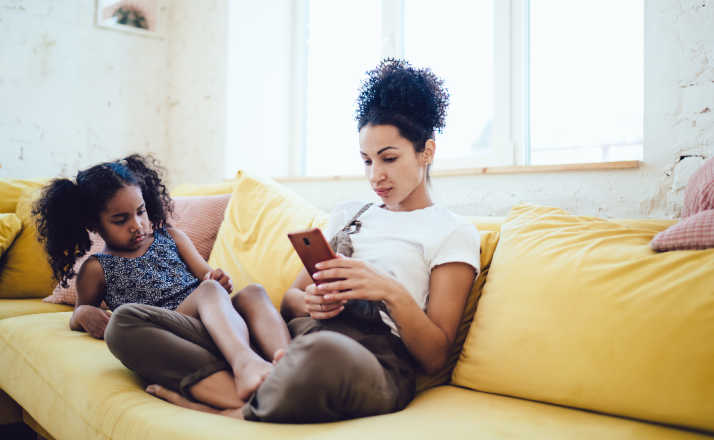 Then there is school. I never realized how difficult choosing which school to send my kids to would be.

Finding a school that would help make them functional well-rounded people who won’t live in my basement forever. After finding the right choice for us; I realized that my children are not the geniuses that I presumed they would be.

Don’t get me wrong they do not eat glue, but school is not the breeze I dreamed it would be.

Fortunately, they love school, but it isn’t without challenges. I have intelligent kids, but the struggle is real.

Thanks to wonderful teachers, it was discovered that I have a child who learns differently. She gets services and thrives in school, but it is a struggle I never wanted for her.

On a positive note; because of this, she takes pride in everything she does. She has developed a positive attitude and a great work ethic because she realized nothing will be handed to her.

I listen to them talk about the same things over and over, while smiling and pretending to care.

I mean who doesn’t love an episode of Chicago Fire, but no one wants a recap of every episode several times a day. There is a voice in my head screaming “WHO CARES!”, but the excitement on his sweet face keeps it at bay.

His passion for all things Fire department is endearing.

Now we come to the point where you judge me as a parent. Believe me, no one judges me as much as I judge myself.

I’m not gonna lie, I don’t always miss them when we are apart. When they are at school I think about them and I worry about them, but I do not miss them. Not even a little bit!

I used to feel guilty about it but then I realized they need a break from me as much as I need one from them.

I know they are in a place they love, and with people who love them. They say absence makes the heart grow fonder. They are right.

I appreciate them a lot more when I have had a break from them.

Overall I have great kids, but there is no chance they will be canonized into sainthood.

They talk back, they yell, they beat the crap out of each other, and sometimes they just lose their minds! Here is a shocker, I yell at them.

I yell a lot! Sometimes they cry, and sometimes I cry.

When all is said and done we still love each other. Somedays they are big old jerks to me, but when they are with other people, they are kind, respectful, and well behaved. At the end of the day, that’s all I want.

The hardest realization is that no matter how hard I try, I’ll never be able to protect them from this awful world.

I can kiss their ouchies, and hold them when they cry. Since I can not be with them every day I can’t protect them from bullies and hurtful words.

They will lose friends and feel betrayed. They will suffer from broken hearts and the loss of loved ones. I pray every day that I am never a source of their pain. I want them to grow up and always have good memories of me and our relationship.

My goal as a parent is to raise independent, empathetic people who will have coping mechanisms to navigate this insane world.

I also just hope that they have felt enough love and support to always be true to themselves.

One thing I have learned as a parent is to not sweat the small stuff.

More importantly, I have learned to stop comparing myself to other mothers. No matter we appear, most of us are struggling at least a little.

Even when it looks like everything is perfect. Which brings me to the most important thing I have learned.

There is no such thing as a perfect child, mother, or family.

Perfection is not an obtainable goal, nor does it exist.

When I realized this, I started to see my family more clearly. While they aren’t perfect, they are perfect for me.

With the state of the world lately, hardy anything I read surprises me. Still, this particular piece from the Washington … Read More