Just when we thought that TikTok was full of negative viral trends that were rotting the brains of kids, tweens, and teens, an amazingly positive outcome happens that sets us back on our heels.

A 16-year-old missing girl is rescued by showing hand signals that indicated she needed help to a car in the next lane.

There are many types of violence that people of all sexes and ages face. Domestic violence and violence happening at home are two that most people are aware happen.

Earlier this year, a viral Tik Tok made the rounds about ways to signal abuse was happening at home, without having to speak any words at all.

This makes it easier for victims to ask for help on their social media platforms just by showing the hand signals while they’re live on video.

Introduced by the Canadian Women’s Foundation, the hand signals for help are shown below:

1. Hold hand up with palm facing another person.

3. Fold fingers down over thumb.

Thankfully, the 16-year-old was able to show these hand gestures to a car that was next to them in traffic. She was sitting in the seat of a silver Toyota when the driver in another vehicle saw her using these hand signals.

Due to the viral video, these hand signals are known “to represent violence at home — I need help — domestic violence.”

The teenager was spotted in a car placing her thumb over her palm and closing her fist.

Upon seeing the hand signal of the teen, the driver called 911.

The authorities were alerted and reacted and discovered the missing teen that had been reported missing by her parents earlier in the week. Police arrested, James Herbert Brick, 61, of Cherokee, North Carolina. How can you help spread awareness about the signal for help?

Canada Women’s Foundation is asking for you to share this knowledge with 5 family members or friends to spread the awareness of gender-based violence. 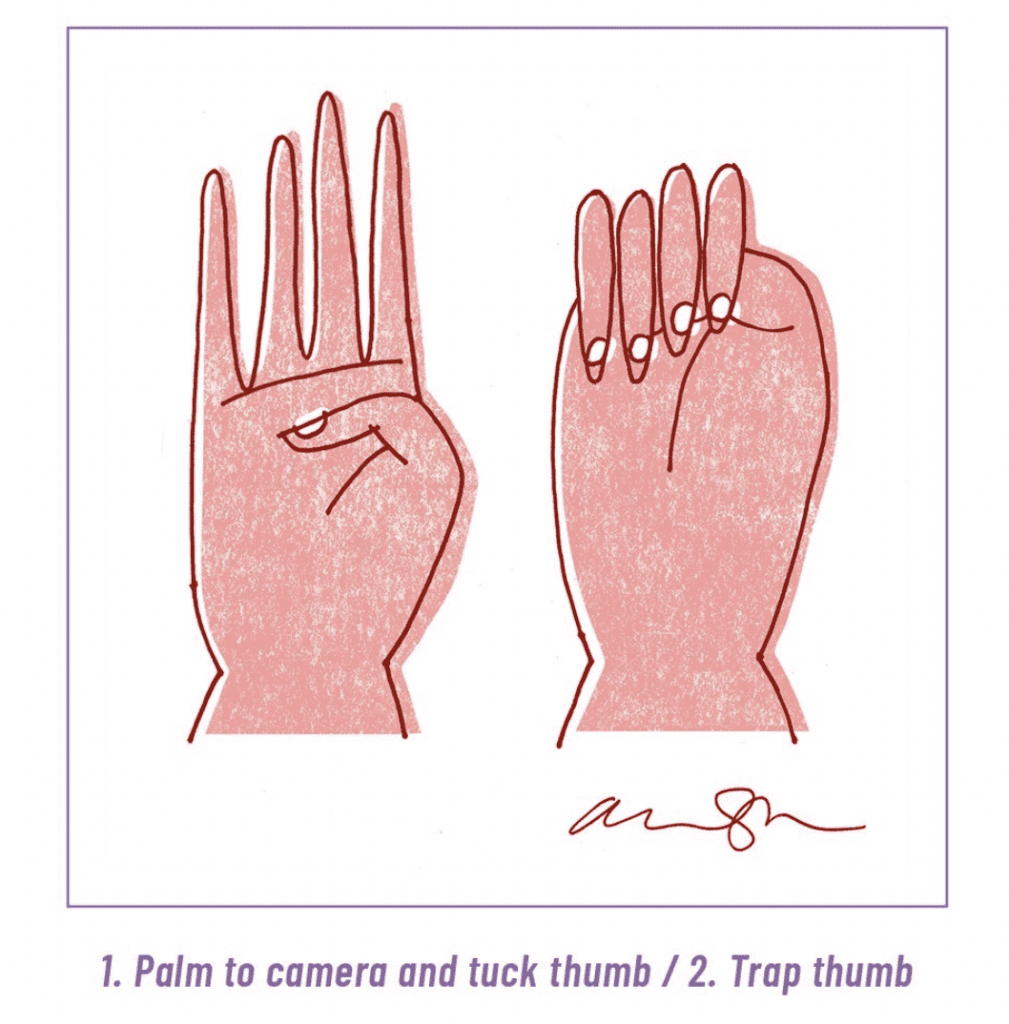 Due to the quick thinking of the person in the other car, the 16-year-old was rescued. And that is one viral Tik Tok trend that we can all get behind.

Reporter Is Smacked On The But…

Parents of Boy Who Died by Sui…

When I was a little kid, I remember the school bus driver telling us that the reason why never stick … Read More