If I asked you what the official recommendation for screen time limits is, would you say two hours? Because I would.

The last time I heard, doctors were unanimous in their song and dance about how even a second over that two-hour line for screen time and kids’ brains would ooze out of their ears.

They would become depressed and anxious and start making horrible life choices.

My God, the consequences would be so awful we might not be able to reverse them.

Mothers would be brandished with a scarlet letter to let everyone know what horrible she-beasts we are for allowing our kids an extra twenty minutes of Peppa Pig.

Ok, I’m totally exaggerating here. But the core feeling of guilt and fear that comes with letting our kids consume more than a couple of hours of screen time a day does feel a bit like it would have pretty significant consequences.

After all, our media feeds are jammed with perennial stories from parenting experts swearing up and down that too much screen time can hurt our kids in a variety of ways.

From mental health to academic decline, it can seem as though there is too much on the line to let our kids play Fornite or text their friends for more than 120 minutes a day.

But what if science got part of that wrong?

A new study from the University of Colorado Boulder analyzed data from 12,000 participants for the most extensive long-term study of how screens affect adolescent brain cognitive development.

Researchers saw that kids could safely consume up to five hours of screen time a day without adverse mental and emotional health effects.

The study found no association between screens and kids’ depression and anxiety.

What is absolutely wild is that not only did researchers not see any adverse associations between screens and mental health for kids between the ages and nine and ten, but astonishingly they found that the more screen time kids had, the stronger, the better off they were socially. 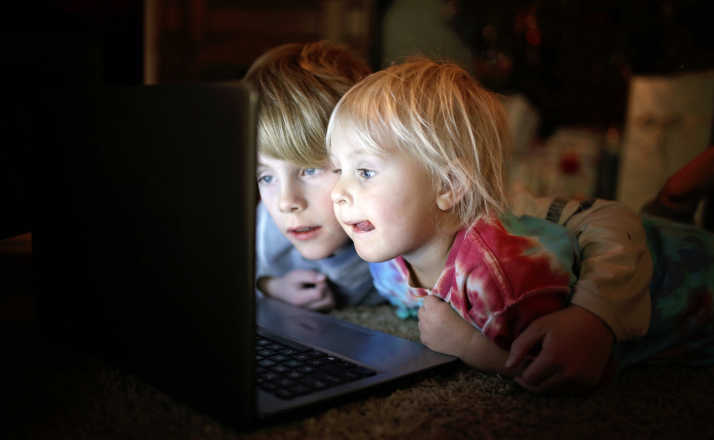 “Greater amounts of screen time were associated with stronger peer relationships for both boys and girls – both have more male and female friends.” an unnamed researcher told the Associated Press.

“Social screen use may drive that association; video gaming, for instance, is a social activity that seems to foster more friendships.

So does social media and texting.”

But while this news may feel like a breath of fresh air for parents who worry about how screens can hurt their children’s mental and emotional health, some negative impacts were discovered during the research analysis.

What is interesting about this study is that it did not look at causes. It looked at correlations.

That means that researchers weren’t looking to point the finger at how screen time leads to increased aggression or depression, loneliness, or anything else.

But researchers noticed that kids who had more screen time also appeared to experience specific things like stronger peer relationships but maybe some interrupted attention spans.

What’s worth noting, however, is that neither good nor bad associations with screen time were significant.

“When looking at the strength of the correlations, we see only very modest associations.

That is, any association between screen time and the various outcomes, whether good or bad, is so small it’s unlikely to be important at a clinical level.”

As a parent, I read this study, and I think a couple of things. First, Thank goodness my kids’ mental health isn’t going to take a huge hit from all their weekend Fornite benders.

And second, maybe we don’t always need science to tell us how to parent?

I know that my kids don’t handle screen time well if they have unfettered access to it all damn day. Same with candy, not bathing, staying up late, and anything else that kids love but parents dread.

As a mom, my goal isn’t to keep my kids from having fun with their tablets and video games, but I do find that knowing where my kids’ limits exist can help me determine how much play is too much for them.

All the science in the world can’t replace a parent’s intuition and experience with their kids.

So, when we read these surprising studies, it doesn’t mean we have to change our parenting in some major way. But they offer some exciting and insightful knowledge that can help each of us make the best choices for our families.

My kids will still have late-night gaming sessions on the weekends; science isn’t going to change that.