Caden officially outgrew watching cartoons about a year ago. Aless, on the other hand, has just reached the age of being totally intrigued by dancing sponges and doodling dogs.

What does that mean for Mom? Well, whether I like it or not, I’m subjected to watching hours of nausea-inducing animated characters doing things that would cause us real people to get arrested.

As you can tell, I’m not a big cartoon fan.

Never have been. But I do behave as my daughter enjoys the colorful escapades unfolding before her tiny, impressionable eyes. Inside my head, however, is a whole different story.

Inside, I’m flipping off Johnny Test and trying to figure out how to pronounce “Lalaloopsy.” La-la-loop-say. Lala-loop-see. I know. I’m going to hell.

Here’s what I’m (and probably many of you are) really thinking while watching kids’ cartoons:

The good news: I can’t understand half of what’s being said in this cartoon. The bad news: Dora is like nails on a chalkboard for me.

Let’s start with the hair. Oh honey, that hairstyle is so 1998. Honestly, I’d like to sneak into the television with a pair of barber’s shears. But I can look past that minor detail. I’m more concerned about what you’re doing with that bipedal, conniving fox. You’re in denial. Those are not LOST items. They are STOLEN. Technically, we should call la policía.

Finally . . . and this is a BIG one . . . paleeze ditch the map! Get yourself some GPS and give geocaching a try.

The entire time I’m watching this show, I can’t help but think, “You little twit.” Max reminds me of someone who would eat an ice cream cone from the bottom up while whining the entire time.

Seriously, Ruby. Forget asking for his opinion or help. You’d get twice as many episodes into the half-hour if you ditched your brother. 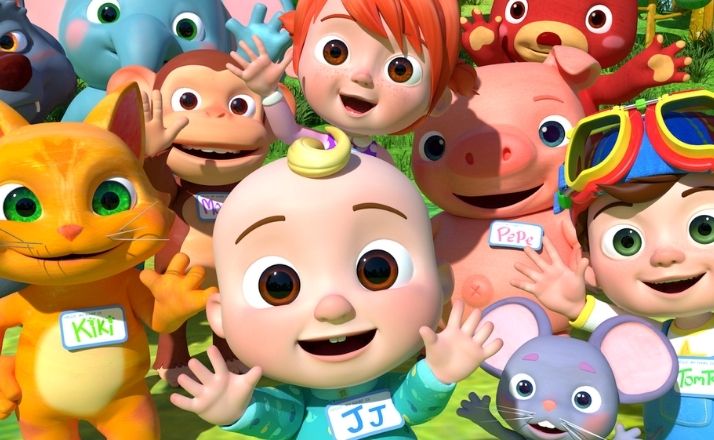 Duuuuude! You have more meltdowns than Lindsey Lohan on court day. It’s called Xanax. Or Prozac. Or vodka. But I still love your happy little ass!

Ok, while I love that there are still cartoons from my childhood on TV, I now have some feelings about the Mystery Machine and the chemistry between this whole gang. But I’m really rolling my eyes hard at Scrappy-Doo. That voice. That attitude. Ugh, is he even really necessary? Isn’t he just stealing Scooby’s thunder?

You have me so confused! Some of you are bright. Yay! But the rest of you . . . well, you appear to be blowing bubbles while floating through a bed of seaweed. Has the saltwater gone to your heads?

Then there’s the quiet one. You scare the mother-loving pants off me with that, “I’m going to set you on fire with gasoline,” look in your eyes. And Mr. Grouper -– you have got to be the world’s worst teacher. Your class is out of control!

You should all be in bed. While the world does need kind, helpful children in it, there’s got to be a better way to save the day. You’re already in your pajamas, it’s dark outside, and your parents don’t need any more stress on their plates, OK?

I’m from Maine.  There are no moose in Brooklyn. Trust me on this one.

What.The.InsertExpletive. It’s a talking orange with a human mouth. Am I tripping?


Parents Kiss Their Kids On The Lips…

Woman Describes Sliding Down A Moun…