OH MY GOSH! She has the perfect skin tone – all tan. I’m so jealous.

Sad to say, I’ve heard this once or twice in reference to my mixed kid.

And, sad to say, I cringe every time I’ve heard the statement.

Yes, more often than not, the intention behind the statement is meant as a compliment. But this “compliment” perpetuates the prejudiced belief that one skin tone is better than another.

And as a God-fearing woman of color, I cannot condone this.

In my case, my DAUGHTER is a mixture of White and Black. For other mothers, their children may be a mixture of Hispanic and White, Asian and Black, etc.

No matter the combo, intentionally pointing out the “perfection” of a mixed kid’s skin tone is equivalent to telling both parents, ‘Well, your skin tones suck.’

And, let’s be honest. Would you even bring up skin tone if my kid appeared to be from one race?

For example, have you seen a white baby and said, “OMG, I love white babies. Their skin is so amazing” ???

I highly doubt it. 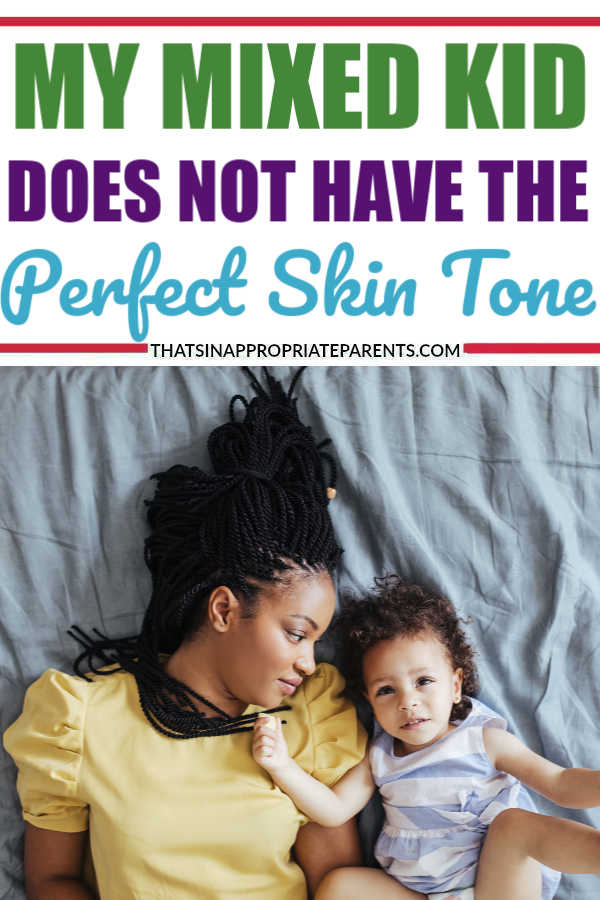 Please, Let’s Not Continue The Discriminatory Mindset Which Originated From Colonialism

COLONIALISM is defined as the practice of taking control of another country and exploiting its resources to improve one’s economic influence. Unfortunately, it was historically always accompanied by slavery and resulted in discriminatory beauty standards (amongst other things).

The premise of these biased standards infers that someone of a lighter, or tan, skin tone should be favored above others.

Not only did this contribute to key elements of slavery and culturally embedded class systems, but it also affects how people of color navigate their beauty today.

Don’t believe me? Think about this.

Why was RIHANA’S FENTY BEAUTY cosmetic line such a game changer in 2017?

It was because Rihanna intentionally launched a high-quality makeup collection that let women of every skin tone and ethnicity know that THEY ARE BEAUTIFUL. No tweaks necessary. Apparently, that’s not the norm. And that was only a year ago…

Have You Heard About Skin Bleaching?

Remember I said that this skin tone “compliment” perpetuates the prejudiced belief that one skin tone is better than another?

Well, there are some parents who actually believe in this, and to act on their belief, they bleach their children’s skin (and their own) so they can have a lighter aka “perfect” skin tone.

This practice, widely known as SKIN BLEACHING, is achieved by use of rubbing peroxide or manufactured whitening creams on one’s body up to several times a day. The health hazards are beyond horrendous, and that’s putting it mildly if you are using a product manufactured by a large corporation. Some people, particularly parents, may create their own DIY concoction, which could present even more unpredictable dangers.

The reality is, this is a global epidemic.

Even as a millennial myself, I know that it is pretty rampant in the USA, Africa, India and my home, the Caribbean. RESEARCH has even unearthed that it happens in parts of Asia as well.

And it all stems from the belief that “if I have a lighter skin tone, I’ll have a better life.”

Oh And Let’s Not Forget About Colorism

In the same vein that there are people who actively try to get as close as possible to the European ideal of beauty by bleaching their skin, there are also black people who discriminate against mixed kids because they tend to have a lighter skin tone.

This is known as COLORISM, and unfortunately, it is pretty rampant in society today.

All it takes to get an idea of what this looks like is to search the hashtag #lightskinned on social media platforms like TWITTER and Instagram. Do that and you’ll see how people make assumptions about those with lighter skin tones, or how some use it as a way to identify themselves as if they are a part of a completely different race.

Can we just cut the BS??

Why on earth do we need to create more boxes to categorize ourselves in and alienate others?

I’m not here for it. Please leave my child out of it, thank you. 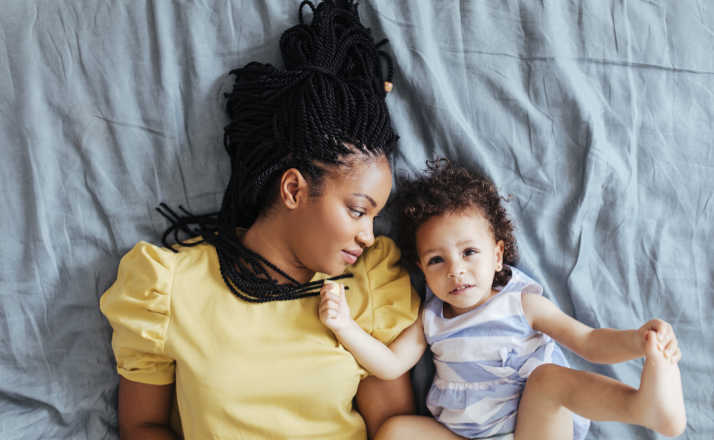 Mixed Kids Are Constantly Asked Where They Are From

Last but not least, mixed kids are constantly asked to prove their heritage by people from all walks of life.

By that, I am referring to that angling question people ask when they say, “What are you?” or “What is he/she?”

Again, would you walk up to someone who appears white, and asks them to give you their entire ethnic background and results from their ANCESTRYDNA™ test kit?

So why approach my kid in that way?

Yes, I understand that you may be curious about my mixed kid’s ethnicity but there is a time and place. And frankly, you’re out of line if you ask me within moments of me first meeting you.

And no, you don’t get a free pass by subtly asking that question as you complement my kid’s skin tone.

Let’s Summarize This Shall We?

As I said in the beginning, I am aware that most people compliment my daughter’s skin tone with good intentions.

However, that doesn’t mean the statement is any less hurtful or impactful.

So for the future, be aware of your audience and simply say, “He’s handsome” or “She’s beautiful” instead of being hyperfocused on the pigment of a child’s skin.

Now as moms of mixed kids who get this comment, we have to do our part as well. We can’t control people. However, we can be assertive and EDUCATE others on this.

We can stand our ground and nip this in the butt as it happens.

This post was originally written and posted on baydiangirl.com.

When you have a baby, your first thought when leaving the hospital is, “Why, for the love, don’t babies come … Read More

Remember Annabelle? The creepy vintage doll that was demonically possessed and wreaked terror on an entire family? Well all you … Read More