Filter Free Parents
Home Health + Wellness Mental Health My Anxiety Is Making It Hard For Me To Be A Good...

My anxiety is making it hard for me to be a good father. My son was scheduled to go on his first scout camp and he asked if I could go with him. He looked at me with these big soft blue eyes, and I could tell that he was frightened to go alone.

And the thing is, it’s not that I didn’t want to go. I did. I love spending time with that little guy. I’ll admit though, there was a part of me that wanted him to go alone because I think it’s good for little boys to go out in the woods with friends, and learn how to be in nature without their parents buzzing around, telling them to be careful.

But the real reason I couldn’t go was because for the past several nights I’d been having panic attacks. 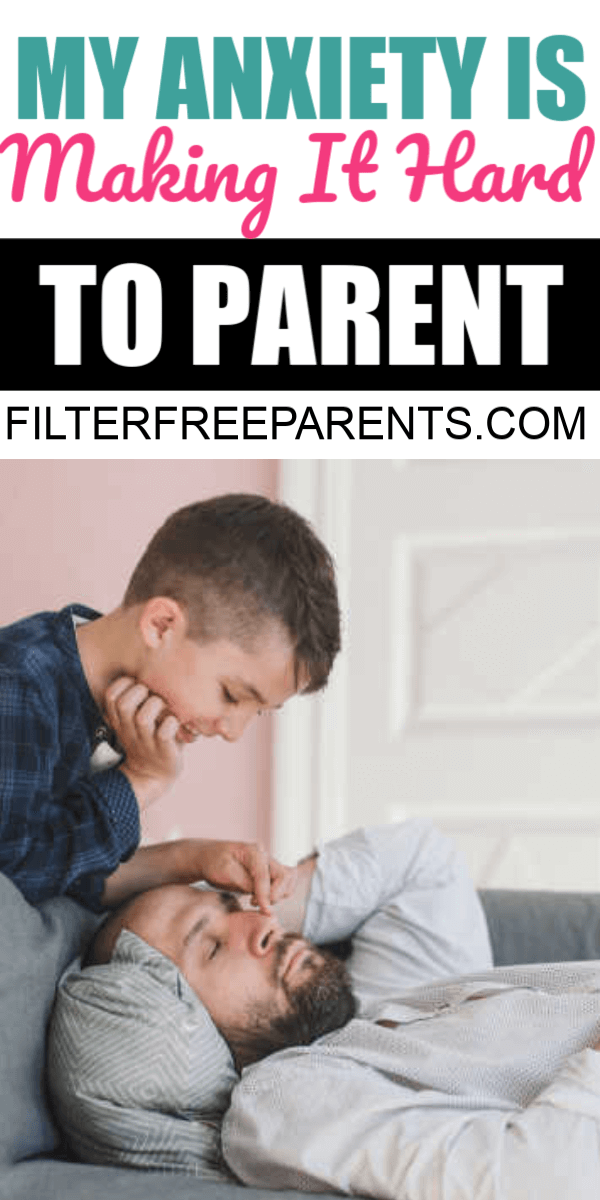 That’s when I usually get them. Sometimes it feels like between being awake, and fully falling a sleep, something jumps out at me. It’s hard to explain, but I end up sitting in bed, cold, with butterflies in my stomach.

Then I spend the next several hours in this state of nauseous painful dread. Sure, I have medication for it, but anxiety and sleep medication can be dicey. When Heath Ledger accidentally overdosed, I remember reading the list of medications he took. I had most of them in my medicine cabinet. So I try not to use them unless I have to.

Spending the night in a tent, in the cold, after several bad anxious nights, felt like too much.

But that’s the thing with anxiety. Sometimes it’s not really there.

A lot of the time, I live a pretty normal life. But when it’s bad, like it was the weeks before Tristan asked me to camping with in, the anxiety takes the wheel. It leaks from the night, to the day, and suddenly I’m short tempered with my children.

I yell more. I don’t take the time I should as a father to explain things. Instead, I just make demands. I hide in the bedroom, the door locked, eyes closed, desperately trying to get a handle on it. Sometimes I go another direction, and instead of being too short with my children, I’m too lax.

I give into their demands (screen time, candy, skipping homework), whatever it takes, so they will leave me alone.

And my anxiety doesn’t always make me the greatest husband, either.

I consider myself a champion of partnership, but when I’m struggling with my anxiety, I feel like half the husband I should be. I get quiet and easily frustrated. I bring up old arguments that were resolved long ago.

I get irrational and scared. And I know I do this, but I can’t seem to stop it, so rather than make things worse, like I have in years past, I just shut down. I hide away, and try not to talk because I know that I’m not thinking clearly. Being quiet, hiding away, well, that’s better than being moody or too accommodating or picking a fight. But none of it makes me a good father.

I thought about all this as I looked at my son, asking me to take go camping with him, and all I could feel was anxiety about spending the night in a tent, when I should have been excited to spend time with my son. 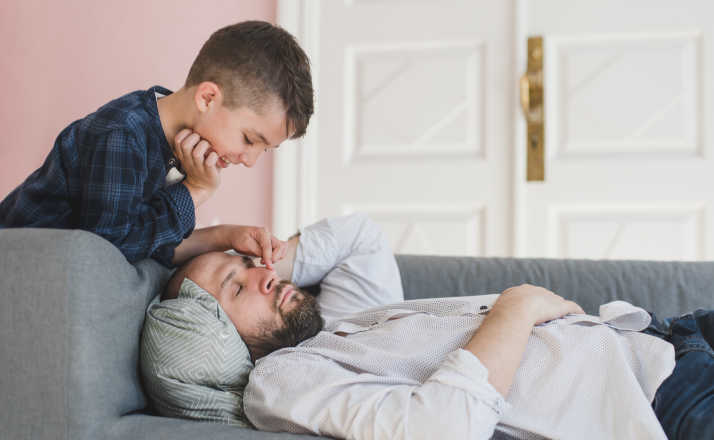 I honestly had no idea how he would react. I still don’t, because I’ve never told him.

And I know, I should be trying to normalize mental illness, and a great place to start is with my own family. But I just cant. I can’t bring myself to tell him, or any of my children for that matter.

So instead of telling him how I was feeling, I tried to suck it up. I talked about how much fun he would have, and I offered to buy him some extra treats to take with his friends. I even let him take our Nintendo Switch, which is something I’d never normally do. And once again, I could feel it. I could feel the anxiety taking the wheel.

But ultimately, this is what it’s like living with anxiety. There are days that you simply don’t know if you will be yourself. You can’t always trust your own judgment, and it can overshadow the good parent you want to be.

And honestly, I think that’s the worst part.

Suicide Tips For Children And …

I’ve been hitting the gym as of late, and was pretty excited to finally run my first mile in under … Read More

Kids are obsessed with YouTube these days. If you’re the parent of a young kid, then you know how much … Read More

I was five the first time I watched a scary movie (I have my babysitter to thank for that.) It … Read More